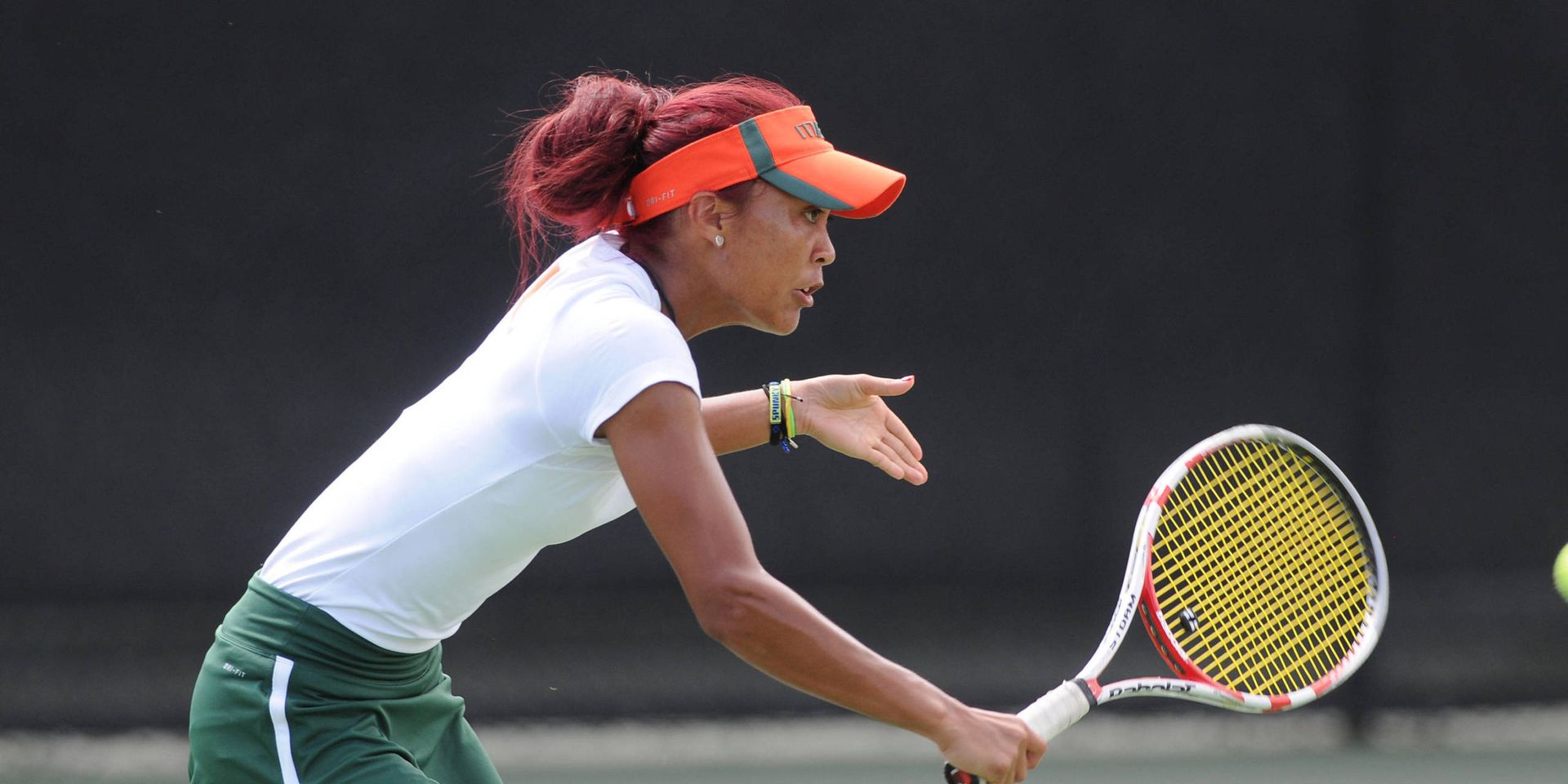 “The team played really smart tennis,” head coach Paige Yaroshuk-Tews said. “We faced a little adversity in some positions today and responded calmly.  “Albuquerque and Riobueno have turned it on lately and three doubles looked good.”

In a race to the next doubles win, three-doubles Stephanie Wagner and Lina Lileikite clinched the doubles point for Miami. For Lileikite and Wagner, the 8-4 win marks the second-straight win for the duo in just their third match together this spring.

When their match was stopped, Melissa Bolivar and Kelsey Laurente were leading 7-6 against NC State’s Rachael James-Baker and Liza Fieldsend.

In singles action, Riobueno was first to win, clinching a 6-0, 6-2 dominant win against NC State’s Martinez. For Riobueno it was her ninth singles win of the season and fifth at the three-singles position.

At the five singles spot, Bolivar handled Natalia Janowicz in straight sets 6-3, 6-2. The win for Bolivar keeps her record perfect at the five spot and improved her ACC singles record to 6-0.

In a competitive first set, Lileikite prevailed 7-5, then easily put away Liza Fieldsend 6-1 to win her eighth singles match of the spring and clinch the match for Miami.

Albuquerque extended her winning streak to a team-long seven matches with her 6-2, 6-1 win against Elisha Hande. Albuquerque improved to 6-0 this spring and 3-0 at the No. 6 singles spot.

40th-ranked Laurente fell behind 4-0 in the first set against NC State’s James-Baker before flipping the momentum as she fought back to win the first set 6-4. In the second set Laurente cruised to a 6-2 win to take the match. Laurente improved her record at the No. 2 singles spot to a perfect 6-0.

In one of the better matches of the afternoon, No. 70 Wagner overcame a first set loss to win a tough three-setter against Joelle Kissell. After falling in the first set 7-5, Wagner came back strong in the second set for a 6-1 win. In the first-to-10 point tiebreaker Wagner won 10-6 to clinch the match.

The Hurricanes return to action on Saturday, Mar. 15 when they host 18th-ranked Baylor at the Neil Schiff Tennis Center at 4 p.m. 150 FREE #BeatBaylor T-shirts will be given out at the match on a first come first serve basis.