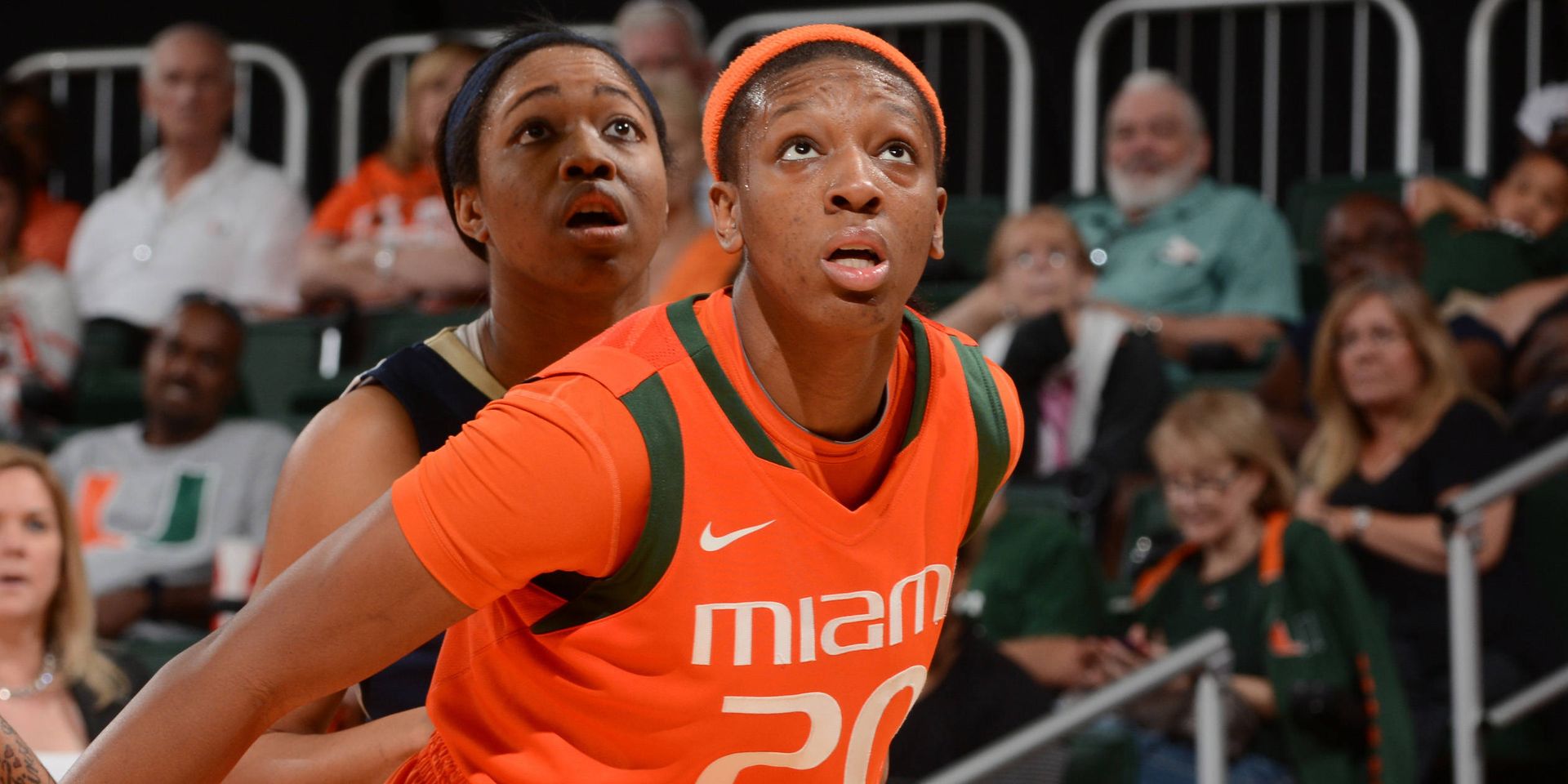 The Game
The Hurricanes (16-13, 8-8 ACC) play Florida State in the second round of the ACC Tournament on Thursday, Mar. 6 in Greensboro, N.C., in the 8-seed vs. 9-seed game. A win for Miami would be the fourth-straight and fifth out of the last six.

Motley Named to ACC All-Freshman Team
After a stellar ACC season, freshman point guard Adrienne Motley has been named to the ACC’s Blue Ribbon Panel All-Freshman Team. Her team-leading 13.2 ppg in conference play ranks fifth among all freshmen in the league.

Keyona Lately
Sophomore forward Keyona Hayes scored a career-high 22 points on Thursday vs. Virginia and is averaging 20.5 ppg over the last two games. During the span, Hayes is shooting 69 percent from the field.

Round 3 vs. Florida State
Miami and Florida State played twice in the regular season, with each team winning on each other’s home floor. Ranked No. 17 at the time, Florida State beat Miami in Coral Gables on Jan. 14, 68-63. A month later the Hurricanes returned the favor, defeating the Seminoles 76-73 in Tallahassee on Feb. 16.

Boost Off the Bench
Junior Necole Sterling has provided Miami with a nice offensive spark off the bench the last five games. Most recently, Sterling put up a career-high 16 points in the home finale on Sunday vs. Pittsburgh. Over the last five games Sterling is Miami’s third-leading scorer with 10.4 ppg.

Coverage
Thursday’s game against Florida State will be televised on RSN (click here for entire affiliate list). Doing the play-by-play will be Tom Werme and the color analyst will be Stephanie Ready. Also calling all of the action from Greensboro for WVUM is Chris Wittyngham.

Block Party
The Hurricanes rank fourth in the ACC with 4.3 blocks per game. Jassany Williams leads the group, ranking fourth in the conference with 52 blocks this season (1.8/game). Williams tallied five rejections in the win at Virginia on Thursday.

The Coach
Miami is led by head coach Katie Meier, who is in her ninth season at the helm of the women’s basketball program in Coral Gables. Meier has a record of 163-119 through eight-plus seasons at Miami and a career record of 239-164 as a head coach.

Looking Ahead
With a win against Florida State on Thursday, Miami will advance to the quarterfinals to take on top-seeded Notre Dame on Friday at 2 p.m.