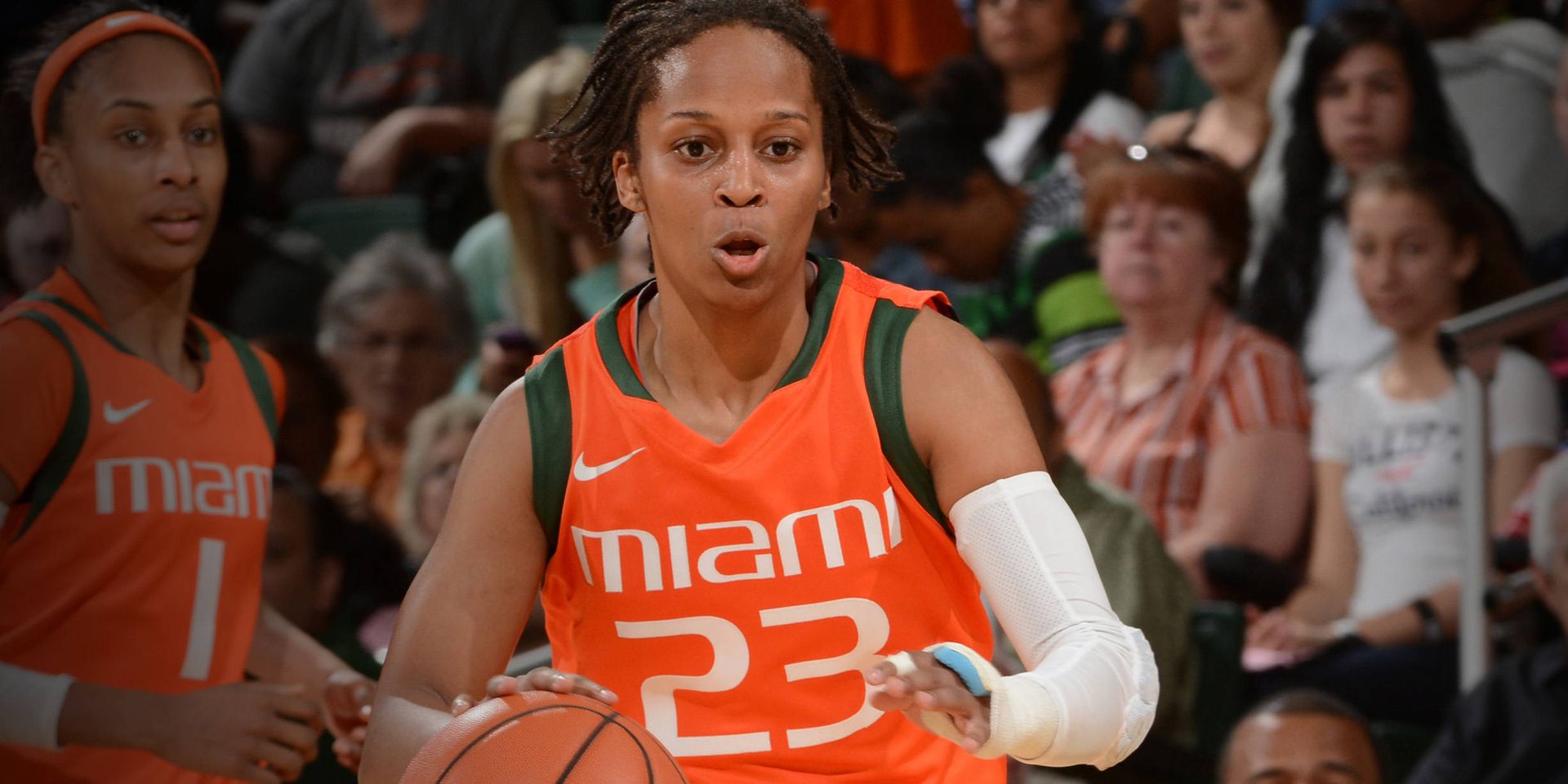 Motley’s play was sensational in conference competition, where she averaged a team-leading 13.2 ppg while shooting at a 49-percent clip. Her 13.2 scoring average in the ACC ranks fifth among freshman in the league.

“Considering how talented the incoming freshmen classes were in ACC this year, being named to the top 5 is a huge honor,” head coach Katie Meier said. “Adrienne really came into her own as soon as ACC play began. She’s mature beyond her years and carried us down the stretch in most of our ACC wins. We are incredibly proud of her.”

Motley scored in double-figures in 13 of Miami’s 16 ACC games, including a stretch of 10 straight. Motley continually played her best games against the nation’s top teams, averaging 15.8 ppg against four AP Top-10 teams.

On Feb. 2 playing at No. 6 North Carolina, Motley exploded for a career-high 27 points on 10-of-14 shooting from the field, propelling the Hurricanes to a crucial upset. Down the stretch in a back-and-forth game, Motley countered every Tar Heel shot with one of her own, accounting for five of Miami’s last seven made shots and 14 of its final 22 points.

Motley was named ACC Rookie of the Week on Feb. 3.

It hasn’t only been her scoring that turns the heads of opposing coaches. Motley ended the regular season as the Hurricanes’ leader in assists (76) and steals (21) in ACC play.

Motley and the Hurricanes will play in the second round of the ACC Tournament against Florida State on Thursday, Mar. 6 at 2 p.m.