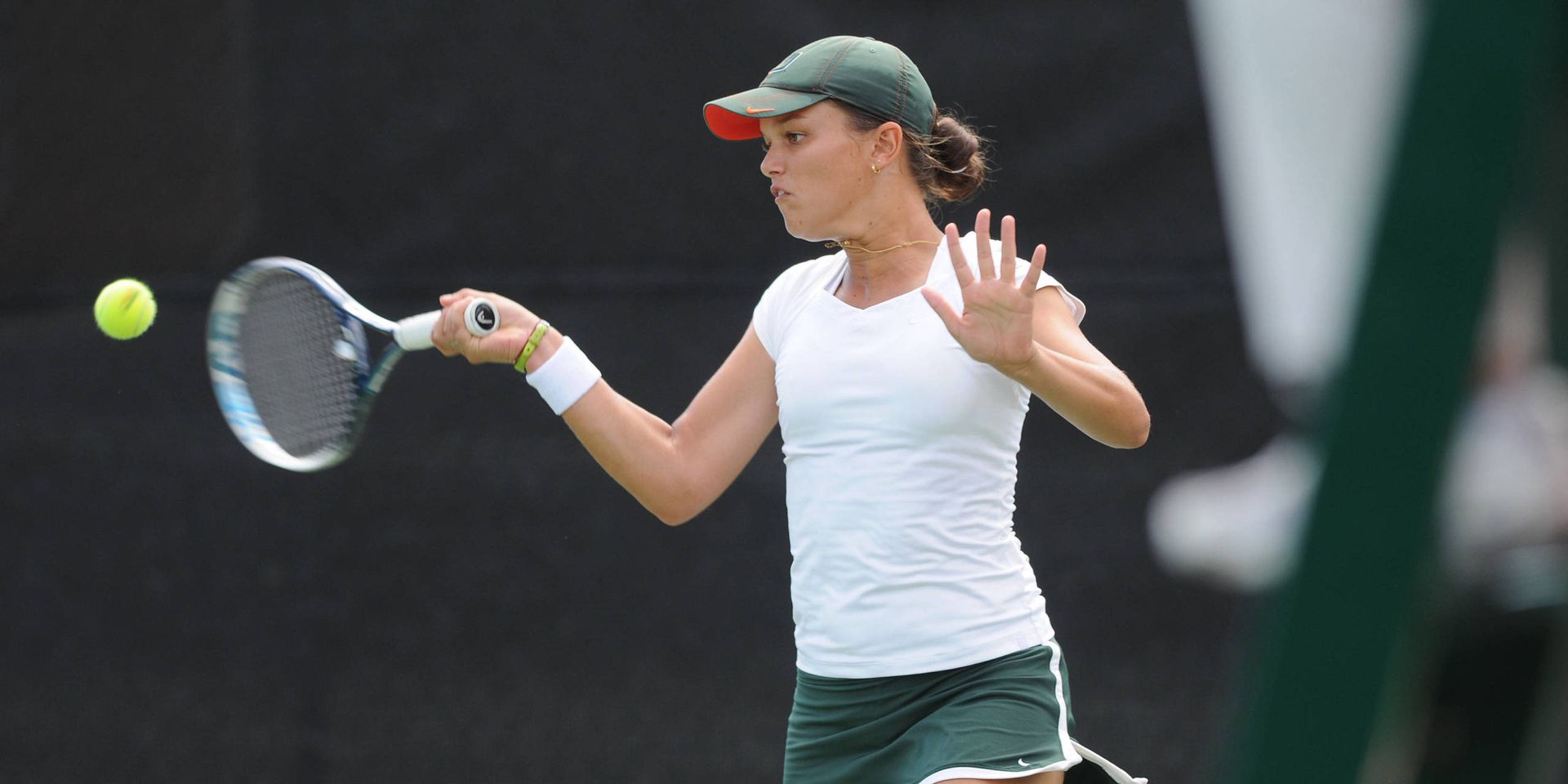 CORAL GABLES, Fla. — The 20th-ranked Miami Hurricanes women’s tennis team improved to 3-0 in ACC play after their convincing 6-1 win over No. 56 Boston College on Friday afternoon.

“Starting 3-0 is where we want to be,” head coach Paige Yaroshuk-Tews said. “The toughest road is a head of us, but we’re happy to start 3-0 in ACC play.”

The Hurricanes got victories from the No. 2 doubles and No. 3 doubles teams, signaling the doubles point in favor of Miami.

“I think everyone did a great job,” senior Melissa Bolivar said. “Everyone fought with a lot of energy and played pretty good tennis and left it all out there. I’m proud of everyone on my team.”

Stephanie Wagner and Brittany Dubins outperformed their Boston College opponents, winning the match 8-2 to give Miami the doubles point heading into singles.

40th-ranked Melissa Bolivar and Kelsey Laurente, playing in the No. 1 doubles slot today, held a 4-3 lead against Jessica Wacnik and Lexi Borr when their match was stopped.

The Hurricanes remained in control of the match as singles got underway, taking first set leads in five of the six singles matches.

No. 40 Laurente was on the top of her game, beating Boston College’s Borr in straight sets 6-0, 6-1. Laurente improved her spring singles record to 8-1 and 4-0 at the No. 2 singles position.

“I think Kelsey is stepping up and really maturing,” Yaroshuk-Tews said. “She’s really playing the way we talk about playing tennis—with a lot of energy and a lot of passion. I really think that Kelsey plays better tennis when she brings that level of intensity to the court.”

71st-ranked Wagner won her first set in a tiebreaker 7-6 and then turned it up a notch in the second set, cruising to a 6-1 win. The Amberg, Germany native kept her ACC singles record perfect, advancing to 3-0 in conference play.

“Steffi was able to make some minor changes in her game that had huge returns in the outcome of her match,” Yaroshuk-Tews said. “To be down three set points in the first set and turn it around and take the second set 6-1, that says a lot about her today.”

“I was playing good tennis,” Bolivar said. “I was just playing with confidence and playing my game.”

Riobueno put together a solid performance against 91st-ranked Boston College player Katya Vasilyev, defeating her in straight sets 6-3, 6-4 in the final singles match of the afternoon. (Click here to watch the final point from Riobueno’s match)

Miami’s Albuquerque took the victory against Jennifer Ren after a 6-0 first set win. The match was stopped after the first set due to an injury to Ren.

At No. 6 singles, Miami’s Dubins couldn’t keep the momentum from her doubles win, falling to Emily Safron 6-3, 6-1.

The Hurricanes continue their ACC home stand on Sunday, Mar. 2 when 19th-ranked Georgia Tech comes to Coral Gables for a dual match beginning at 12 p.m.