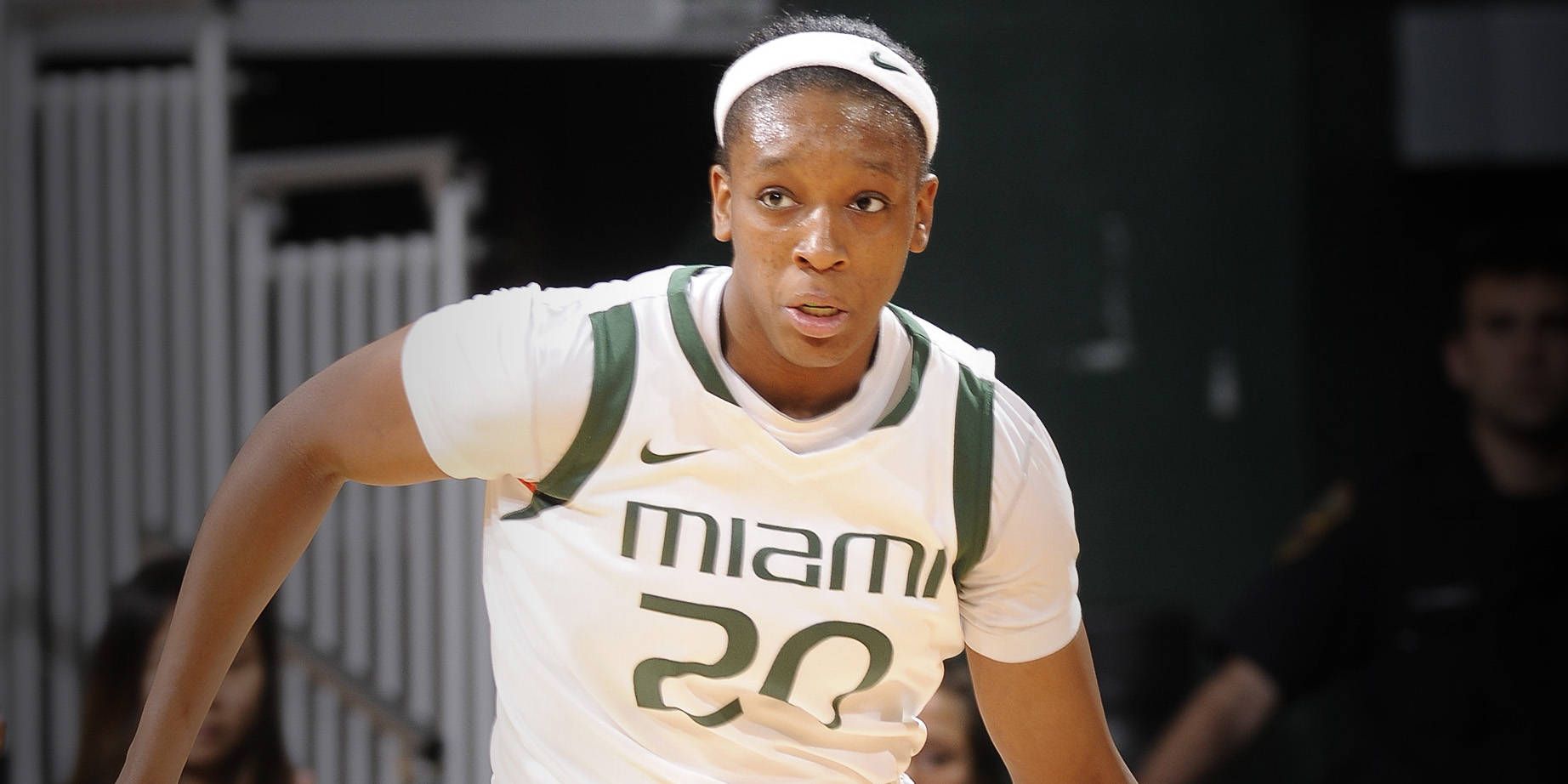 CHARLOTTESVILLE, Va. – Behind a career night from sophomore Keyona Hayes, the Miami Hurricanes women’s basketball team put together one of its best games of the season en route to an 83-63 win over Virginia.

Hayes tied her career high of 22 points on 10-for-12 shooting from the field to lead Miami on a 31-point swing from the point the Hurricanes were down 11 in the first half.

Minutes into the second half, Miami (15-13, 7-8 ACC) went on a 10-0 run, taking their first lead of the game and one that they would not lose. From there on out it was all Miami, as the Hurricanes jetted to a 23-point lead—their largest of the game—with under a minute to play.

Playing in front of a cheering section of family and friends, Newport News, Va., native Adrienne Motley exploded for 20 points in the second half, finishing the game with 22. Motley finished 9-for-15 from the field en route to her 16th double figure scoring game in the last 17.

In addition to Hayes and Motley, two other Hurricanes reached double-figures in scoring. Krystal Saunders finished with 11 points, converting on three three-pointers and Suriya McGuire finished with 13 points on a 5-for-11 shooting performance.

The Hurricanes battled back from an 11-point first-half deficit to get within four points of Virginia going into the half.

Just a few minutes into the second half, Hayes scored five-straight points for Miami to get within two of the Cavaliers—the closest they’d been since the opening minutes of the ballgame.

Virginia would get the lead back up to four before Motley connected for five-straight points—on a corner three-pointer and basket in transition—that gave Miami its first lead of the game.

Following another bucket from Motley and with the Hurricanes leading by three, Krystal Saunders sank a deep three-pointer with the shot clock winding, capping off a 10-0 run for the Hurricanes.

Down the stretch it was Motley and Hayes that continued to find the bottom of the net. The Hurricanes would continue to pour in the points, going up by as many as 23 points with less than a minute to play in the game.

Miami shot the lights out in the second half, shooting 62 percent from the field. For the game, the Hurricanes finished with a 56 percent shooting clip.

The Hurricanes return home to the BankUnited Center on Sunday, Mar. 2 for the regular-season finale against Pittsburgh. Miami will also honor seniors Krystal Saunders and Maria Brown as they play their final home game as Hurricanes.