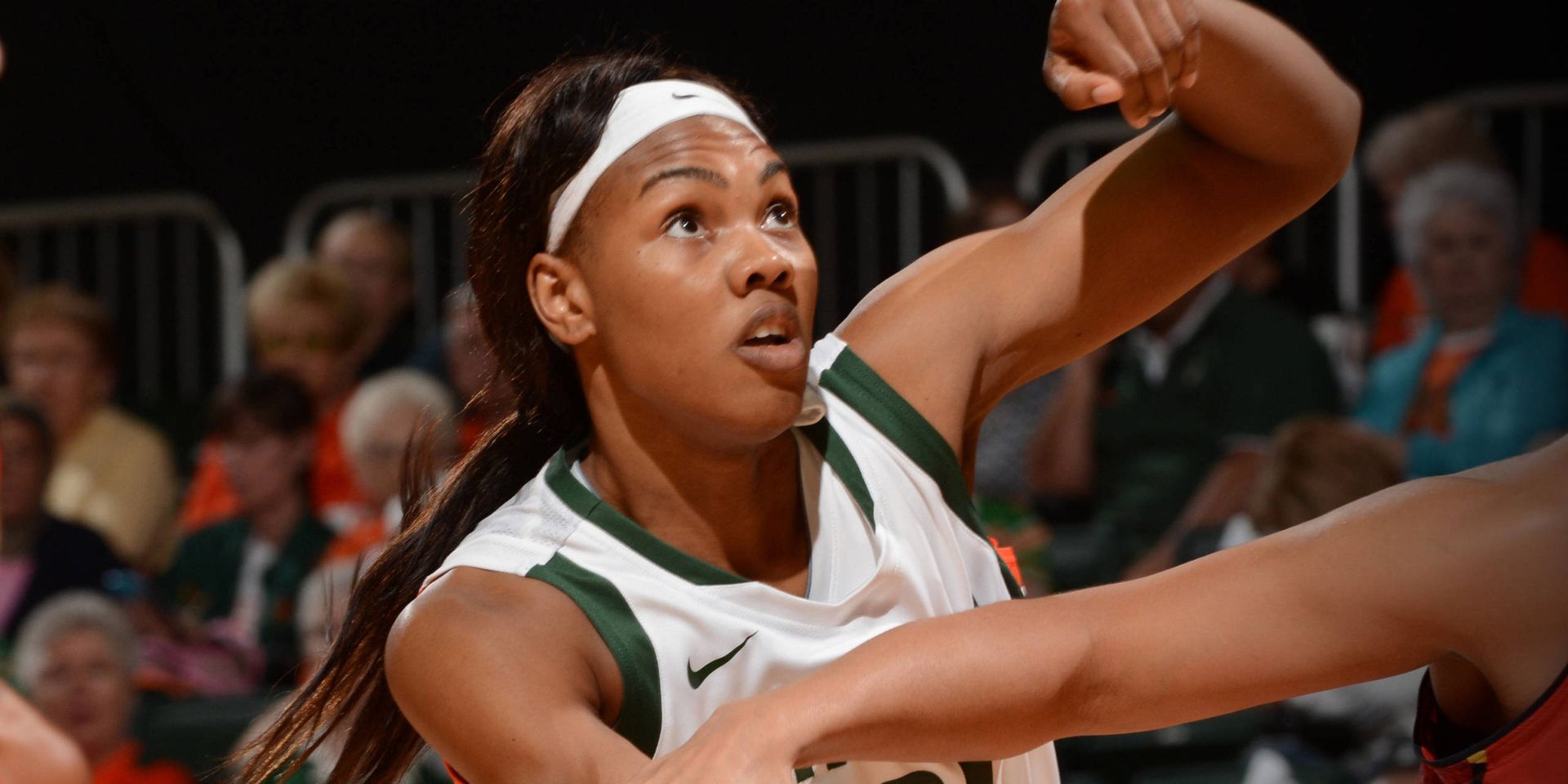 The Game
The Hurricanes (14-13, 6-8 ACC) head to Charlottesville, Va., for the final road game of the regular season on Thursday, Feb. 27. Both Miami and Virginia have 6-8 records in ACC play, and the game will have ACC tournament seeding implications.

Last Time Out
Miami used 19 steals and a 10-0 second-half run to pull away from Wake Forest for its second win against the Demon Deacons this season. Down 11 with two minutes to go in the first half, the Hurricanes finished the period on a 6-0 run to cut the halftime deficit to four. Adrienne Motley led the Hurricanes with 15 points.

Strength of Schedule
Miami’s strength of schedule ranks 29th in the country. The Hurricanes have played or will play the No. 2, No. 7, No. 9, No. 13, No. 14, No. 20, and No. 23 teams this season. In all but two of those games, Miami won or was defeated by single digits. Over the past 10 games, six of Miami’s opponents have been ranked or in the receiving votes category at the time of the game.

Motley Returns to Double-Figures
After having her streak of double-figure scoring games ending at 10 against Syracuse, Adrienne Motley found her offensive groove again, scoring 15 points against Wake Forest. For Motley, it was the 15th time in the last 17 games that she has reached double figures.

Motley Crew
Adrienne Motley has been sensational for the Hurricanes in ACC play, averaging 15.7 ppg over the last seven games while shooting the ball at a 54-percent clip. Motley ranks fifth among freshman in the ACC with 13.4 ppg in conference. Also impressive are Motley’s performances against top-10 teams, where she is averaging 15.7 ppg (Duke, North Carolina, Notre Dame and Maryland).

Scouting Virginia
Virginia enters the game against Miami with an overall record of 13-14 overall and 6-8 in ACC play. The Cavaliers have dropped their last two games to NC State and North Carolina. Virginia is led by Ataira Franklin’s 13.4 ppg and Faith Randolph’s 12.8 ppg.

Sterling Steps Up
The past three games, junior Necole Sterling has stepped up and provided a spark for the Hurricanes off the bench, scoring 10.3 ppg against Florida State, Wake Forest and Syracuse. Sterling’s recent offensive output marks the first time this season she has scored 8+ points in three-straight games.

Coverage
Thursday’s game against Virginia will be streamed live on VirginiaSports.com and full audio coverage will be available from WVUM’s AJ Ricketts. The live audio feed from the game is available at WVUM.org.

Block Party
The Hurricanes rank fourth in the ACC with 4.3 blocks per game. Jassany Williams leads the group, ranking fourth in the conference with 46 blocks this season (1.7/game).

The Coach
Miami is led by head coach Katie Meier, who is in her ninth season at the helm of the women’s basketball program in Coral Gables. Meier has a record of 160-119 through eight-plus seasons at Miami and a career record of 236-165 as a head coach.

Looking Ahead
The Hurricanes head home for the ACC home finale and senior day on Sunday against Pittsburgh at 1 p.m. In honor of the 28th Annual National Girls and Women in Sports day, the University of Miami will host a FREE clinic for girls on March 2.The clinic will take place at 11 a.m. in the Fieldhouse at the BankUnited Center on the University of Miami’s campus and is open to all girls in the 7th grade and below. Those that register online by Feb. 28 will receive complimentary admission to the basketball game.  Individuals may walk-up and register on the day of the event, but will be subject to normal ticket prices to enter the game.