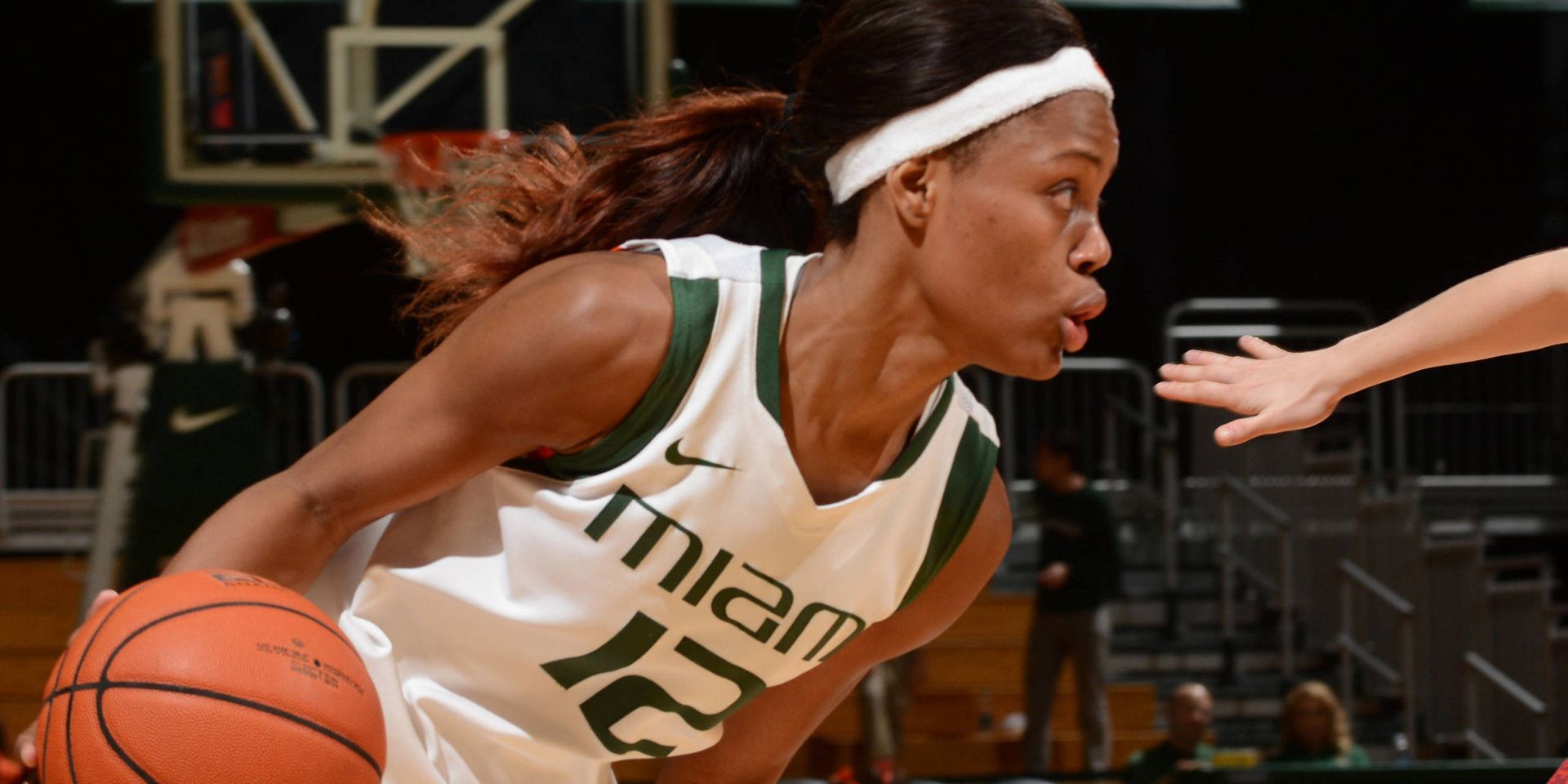 The Game
The Hurricanes (12-12, 4-7 ACC) travel to Tallahassee, Fla., on Sunday to take on in-state rival Florida State for the second time this season. Tipoff is set for 2 p.m.

Last Time Out
The Hurricanes fell at home to ninth-ranked Maryland on Thursday evening at the BankUnited Center, 67-52. Maryland’s well-balanced offensive attack and presence in the paint were more than the Hurricanes could handle, getting outscored 36-22 in the key. Also controlling the boards, the Terps outrebounded Miami by a large margin and converted on 26 second-chance points.

Canes Limit Maryland Scoring
Despite the 15-point defeat, the Hurricane defense allowed just 67 points against a Maryland offense that has averaged 93 points over the last three games.

Strength of Schedule
Miami’s strength of schedule ranks 35th in the country. The Hurricanes have played or will play the No. 2, No. 3, No. 9, No. 10, No. 15, No. 17 and three RV teams this season. In all but two of those games Miami won or was defeated in single digits.

Scouting Florida State
The Seminoles come into the game with a 17-7 record overall and 5-6 in ACC play. Florida State has won two-straight coming into Sunday’s game, including wins against Boston College and Syracuse. The Seminoles are led by Natasha Howard’s 19.1 ppg and Morgan Jones’ 12.5.

Against FSU on Jan. 9
Ranked 18th at the time, the Hurricanes came up five points shorts against Florida State in the first meeting between the schools in 2014. Krystal Saunders led the Hurricanes with 16 points, Caprice Dennis added 15, and Jassany Williams contributed 12. For Florida State, Natasha Howard scored 27 points and pulled down 18 rebounds.

Coverage
The game will be televised on ESPN3 with play-by-play by Melissa Bruner and Tom Block on color commentary. The game will also be broadcast on 90.5 WVUM, Miami’s student radio affiliate. On the call for WVUM will be Oliver Redsten.

Block Party
The Hurricanes rank third in the ACC with 4.9 blocks per game. Jassany Williams leads the group, ranking fourth in the conference with 42 blocks this season (1.8/game).

The Coach
Miami is led by head coach Katie Meier, who is in her ninth season at the helm of the women’s basketball program in Coral Gables. Meier has a record of 159-117 through eight-plus seasons at Miami and a career record of 235-163 as a head coach.

Looking Ahead
The Hurricanes return home to the BankUnited Center on Thursday, Feb. 20 when they host the Syracuse Orange at 7 p.m.