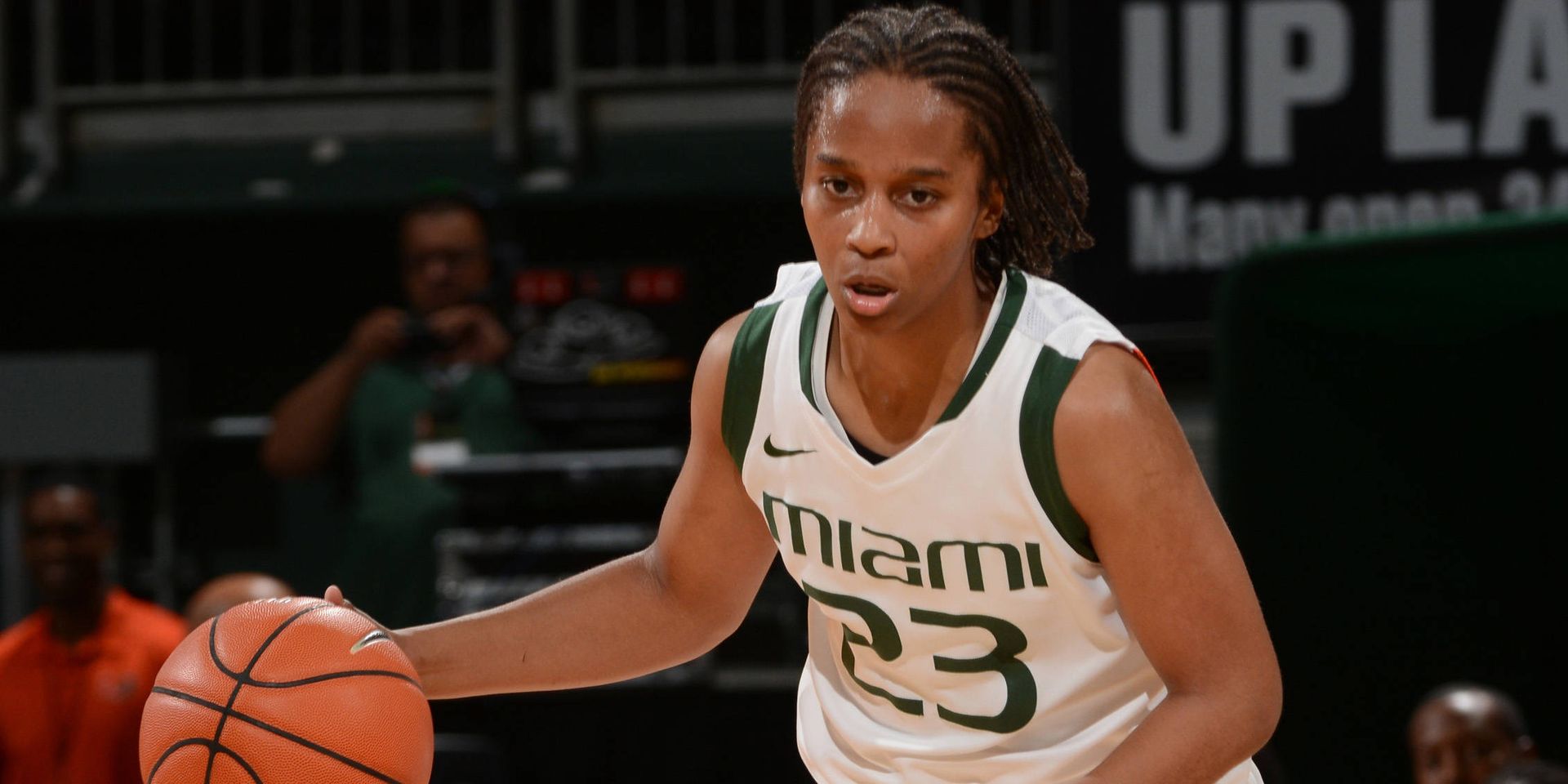 @MiamiWBB Hosts No. 9 Maryland on Thursday

Last Time Out
The Hurricanes lost a two-point heartbreaker to Georgia Tech, 79-77 at the BankUnited Center on Sunday Feb. 9. Adrienne Motley led Miami from down-17 in the first half to give Miami a nine-point lead with nine minutes to play in the second half. Trailing by two with time for one play on the clock, the Hurricanes came up empty on their final possession.

Motley Crew
Adrienne Motley has scored in double figures in eight-straight games and in 12 of the last 13. In the past two games, Motley has scored 27 and 26 respectively. During that two-game span, Motley is shooting the ball 70 percent from the field. Motley ranks third among freshman in the ACC with 14.7 points per game in conference. Also impressive is Motley’s performances against Top-10 teams, where she is averaging 17 ppg (Duke, North Carolina, Notre Dame).

Scouting Maryland
Ranked 9th in the country, the Terps come to the BankUnited Center riding a three-game winning streak, including their most recent win against Clemson. Maryland leads the ACC with a +11.7 rebounding margin. The Terps also lead the ACC in three-point field goal percentage defense, and scoring defense.

The Terps at Home
Although Maryland holds a 9-5 series advantage, Miami has won two-straight games against the Terps in Coral Gables. Most recently, the Hurricanes beat the 5th-ranked Terrapins on Jan. 12, 2012 by a score of 75-63. On Feb. 10, 2011, Miami  beat Maryland 83-75 at the BankUnited Center.

Coverage
The game will be streamed live through CanesAllAccess on HurricaneSports.com. The game will also be broadcast on 90.5 WVUM, Miami’s student radio affiliate. On the call for WVUM is Chip Brierre and Andy Leon.

McGuire Posts Career Night vs Duke
Against the No. 3 team in the nation, Suriya McGuire put together the best performance of her career, scoring 23 points on 8-of 15 shooting from the field. McGuire also had four steals and two blocks. McGuire has scored in double figures in 11 games this season and has averaged 11.5 ppg across the team’s four ACC wins.

Block Party
The Hurricanes rank fourth in the ACC with 4.9 blocks per game. Jassany Williams leads the group, ranking fourth in the conference with 42 blocks this season (1.8/game).

The Coach
Miami is led by head coach Katie Meier, who is in her ninth season at the helm of the women’s basketball program in Coral Gables. Meier has a record of 159-117 through eight-plus seasons at Miami and a career record of 235-162 as a head coach.

Looking Ahead
Miami hits the road again on Sunday, Feb. 16 when they travel to face in-state rival Florida State in Tallahassee, Fla.