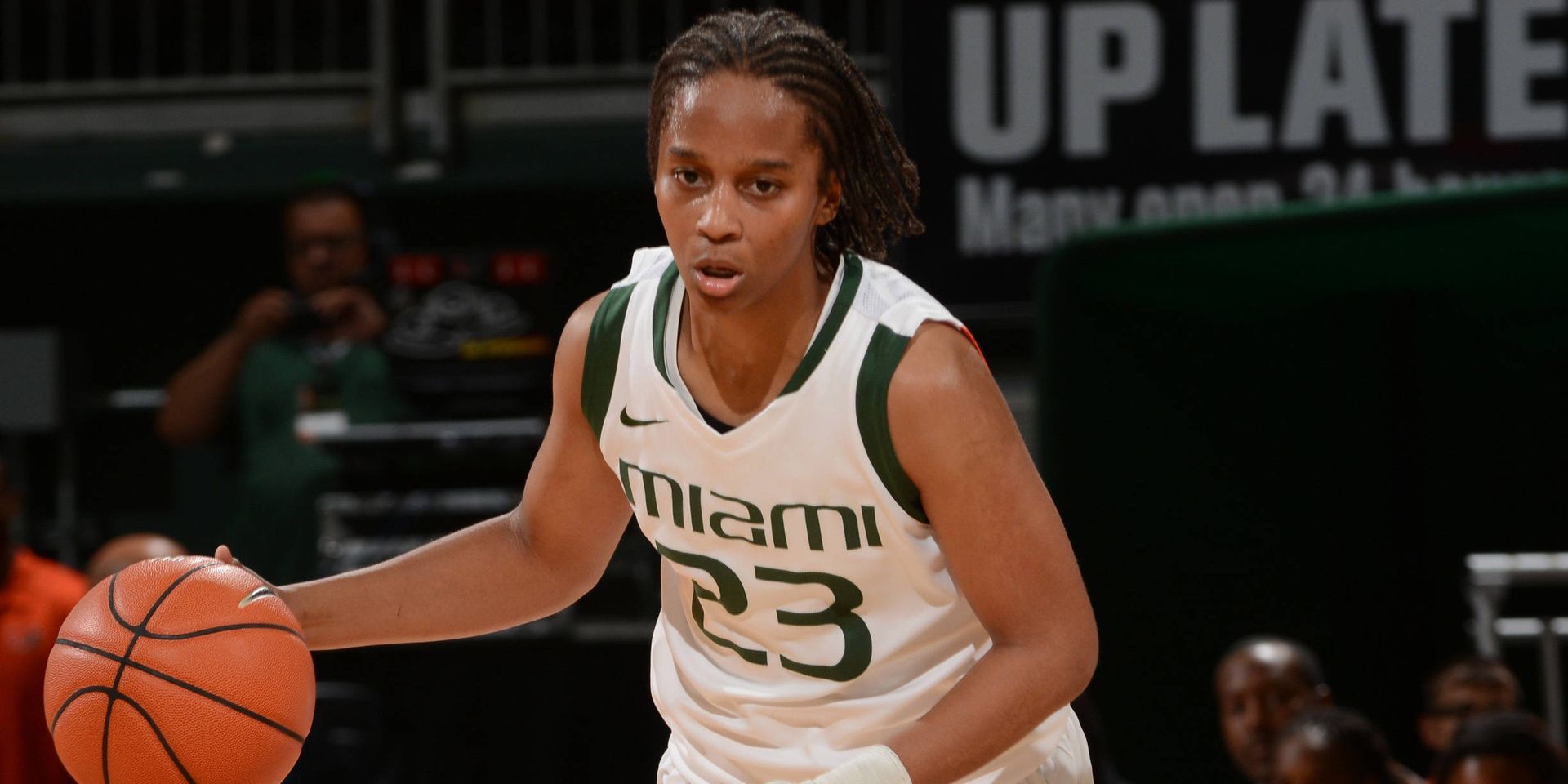 The freshman guard from Newport News, Va., had a stellar week in a matchup with No. 3 Duke and an upset win against sixth-ranked North Carolina on the road Sunday. Motley averaged more than 20 points per game last week, including a career-high 27 points against the Tar Heels.

Motley finished the week with a 64-percent shooting clip from the field and 3-for-5 from behind the arc. In addition to her scoring output, Motley managed to grab 7.5 rebounds per game for the week and turned the ball over just five times.

On Sunday at No. 6 North Carolina, Motley poured in a career-high 27 points—the highest single-game scoring mark of any Hurricane this season. Motley countered every Tar Heel punch with a jump shot of her own, accounting for five of Miami’s last seven made shots and 14 of Miami’s final 22 points.

Against North Carolina, the ACC’s leading defensive field-goal percentage team, Motley shot the ball with 71 percent accuracy from the field (10-for-14) and 6-for-8 from the charity stripe.

Motley, the Hurricanes’ leading scorer in ACC play with 13.3 ppg, has now scored in double figures in seven straight games and in 11 of the team’s last 12 contests.