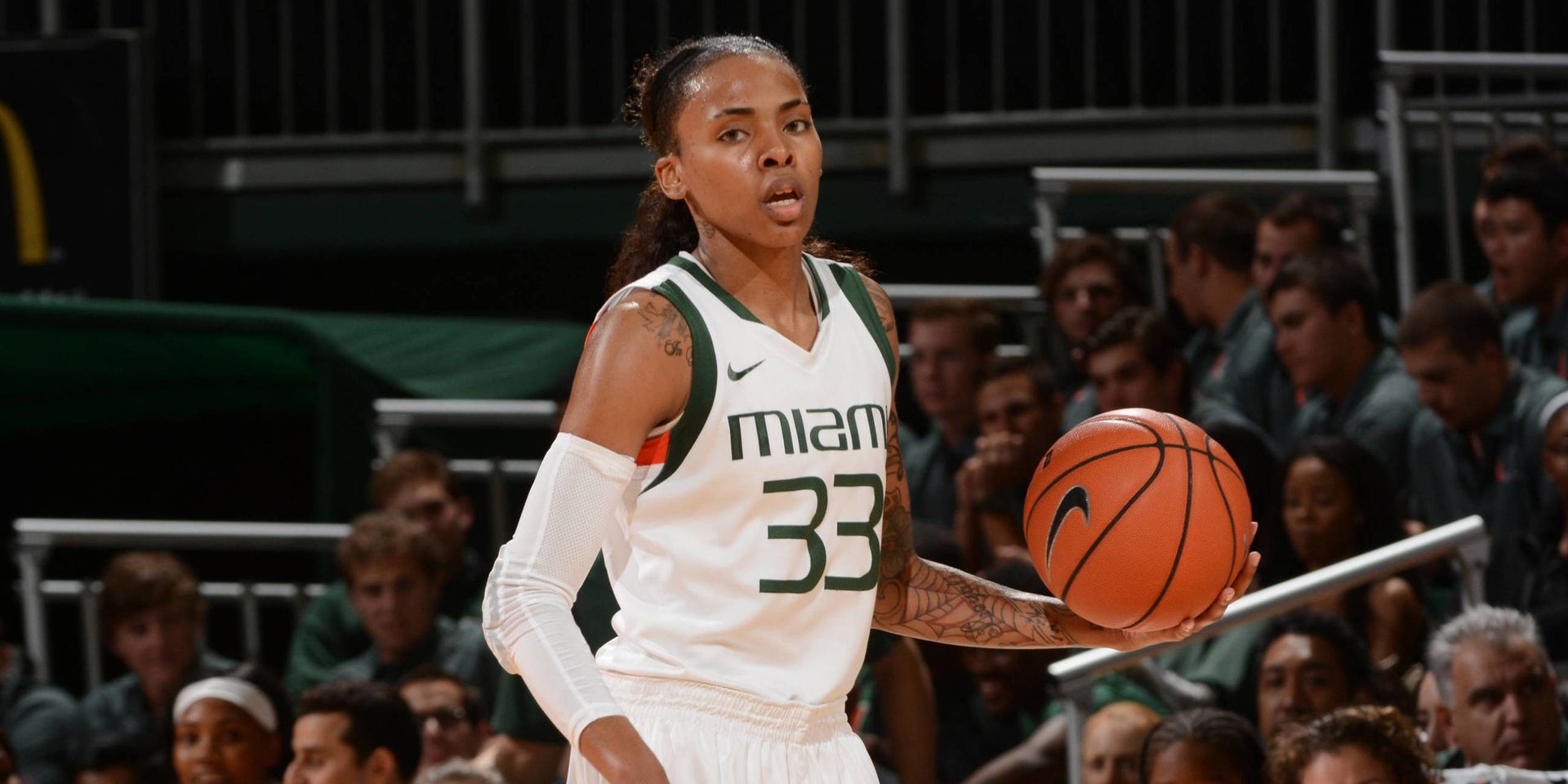 Last Time Out
Miami fell in a heartbreaker to No. 3 Duke, 76-75 on Thursday at the BankUnited Center. Two free throws from Maria Brown tied the game at 75 with 14.8 seconds remaining, but Duke was fouled and made one of two from the line with a second on the clock to escape the upset.

Scouting North Carolina
UNC, the ranked sixth in the nation, is led by four player scoring in double figures. Diamond DeShields leads the pack with 16.5ppg. The Tar Heels are coming off a home loss to Syracuse, but have won five of their last six. The UNC defense tops the ACC rankings in FG% defense, allowing just 34 percent of opponents’ shots to fall.

Coverage
The game will be televised on Fox Sports South and ESPN3 at 2 p.m. ET as part of the RSN TV package. Tom Werme will provide the play-by-play and Chelsea Shine will add color commentary. Oliver Redsten will be on the call for WVUM, Miami’s student radio station. That broadcast will be available at WVUM.org.

Money Mot
Freshman guard Adrienne Motley has proved to be Miami’s most consistent player in ACC play — scoring double figures in six-straight games and leading the team in scoring in conference with 11.6 ppg, more than two points higher than her season average of 9.4 ppg.

McGuire Erupts For Career Night
Against the No. 3 team in the nation, Suriya McGuire put together the best performance of her career, scoring 23 points on 8-of 15 shooting from the field. McGuire also had four steals and blocked two shots.

Block Party
The Hurricanes rank third in the ACC with 4.8 blocks per game. Jassany Williams leads the group, ranking fourth in the conference with 40 blocks this season (1.9/game).

The Coach
Miami is led by head coach Katie Meier, who is in her ninth season at the helm of the women’s basketball program in Coral Gables. Meier has a record of 158-116 through eight-plus seasons at Miami and a career record of 234-161 as a head coach.

Looking Ahead
Miami takes a break from action on Thurs., Feb. 6 and returns on Sunday, Feb. 9 against Georgia Tech at the BankUnited Center.