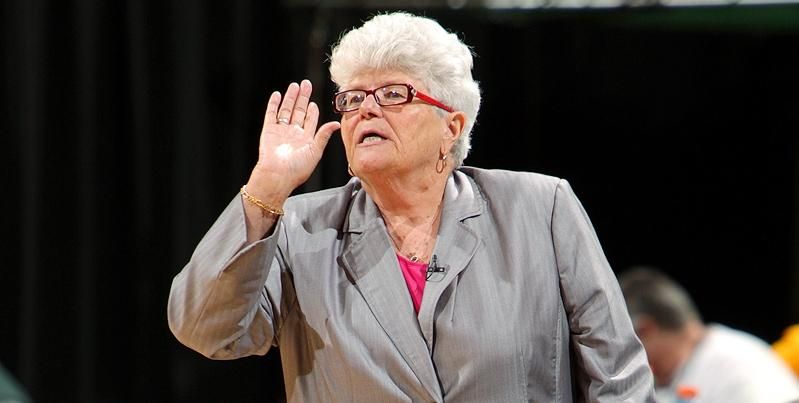 Dunn, who coached the Hurricanes from 1978-87, will be honored at the 2014 ACC Women’s Basketball Tournament, which will be held March 5-9 at the Greensboro Coliseum.

Inducted into the University of Miami Sports Hall of Fame in 2003, Dunn remains one of the most transcending figures in the Miami Hurricanes family. In her nine years at the helm of the program in Coral Gables, Dunn accumulated a 149-119 record. Dunn guided Miami to its first-ever ranking in the Associated Press Top 20 in 1985 and to its first Florida State Championship in 1981. She was the 1981 Florida Coach of the Year and served with the 1986 United States Women’s Basketball Team. Dunn served as President of the Women’s Basketball Coaches Association in 1984-85.

In 25 years as a collegiate coach, Dunn amassed a record of 447-257 with seven NCAA Tournament berths and one Final Four appearance.

Following her time in the collegiate ranks, Dunn coached the Portland Power of the ABL before becoming the first head coach and general manager of the WNBA’s Seattle Storm. Dunn is currently the head coach of the Indiana Fever, which she guided to the 2012 WNBA Championship.

Dunn will be inducted into the National Women’s Basketball Hall of Fame in June of 2014.

The Legends will be honored at the annual ACC Women’s Basketball Legends’ Luncheon on Saturday, March 8, at 1 p.m., and then will be introduced to the Coliseum crowd at halftime of the first semifinal game that evening. The ACC Women’s Basketball Legends program honors both players and coaches from each of the ACC’s 15 schools who have contributed to the league’s rich tradition.

Included in this year’s class are 13 former-student-athletes and two former head coaches who represent four decades of women’s basketball. Below is a complete list of this year’s Legends, and the accolades from their playing and coaching careers.