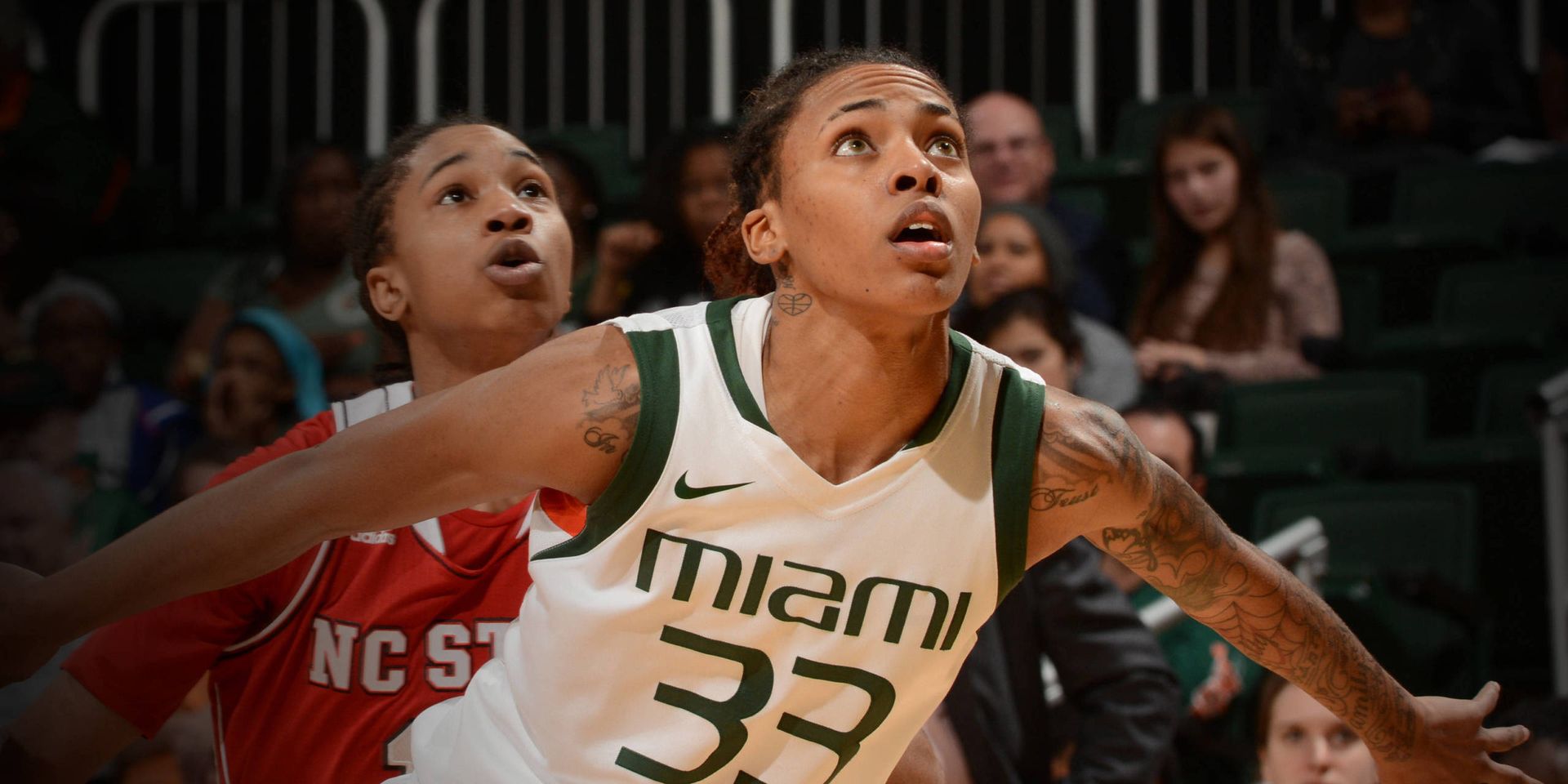 The Game
The Hurricanes (11-7, 3-2 ACC) travel to South Bend, Ind., on Thursday to take on the 2nd-ranked Notre Dame Fighting Irish.

Scouting Notre Dame
Notre Dame, ranked No. 2 in the country in both polls, is an undefeated 17-0 on the year and 4-0 in ACC play. The Irish are coming off of a win on the road against No. 12 Tennessee and wins against Virginia and Virginia Tech.  Notre Dame has three players scoring more than 13 points per game—Jewell Lloyd (16.9), Kayla McBride (16.6) and Natalie Achonwa (13.6). The Fighting Irish lead the ACC in multiple categories including scoring offense and scoring margin.

Coverage
The game will be televised on Fox Sports Florida and on ESPN3 at 8:30 p.m. ET. Tom Werme and Debbie Antonelli will be providing the play-by-play and color commentary. An entire list of TV affiliates can be found here.

McGuire Posts First Double-Double
Suriya McGuire tallied her first double-double of the season in Sunday’s win against No. 20 NC State, posting 12 points and 10 rebounds—her highest rebounding mark of the season.

Dennis Heats Back Up
Miami sophomore Caprice Dennis scored in double figures in each of her first five games of the season and has found her stroke again as of late. Dennis has scored 12+ points in four of the Hurricanes’ last five games. She has scored in double figures in 10 of the 14 games she has played in this season and has made a three-pointer in 12 of 14 games.

Block Party
As a team, Miami is 31st in the nation and third in the ACC with 4.9 blocks per game. Hurricanes’ junior Jassany Williams leads the charge with 36 blocks this season, and is averaging two blocks per contest.

The Coach
Miami is led by head coach Katie Meier, who is in her ninth season at the helm of the women’s basketball program in Coral Gables. Meier has a record of 158-113 through eight-plus seasons at Miami and a career record of 234-158 as a head coach.

Looking Ahead
The Hurricanes will continue their road trip on Sunday, Jan. 26 when they head to South Carolina to take on the Clemson Tigers.