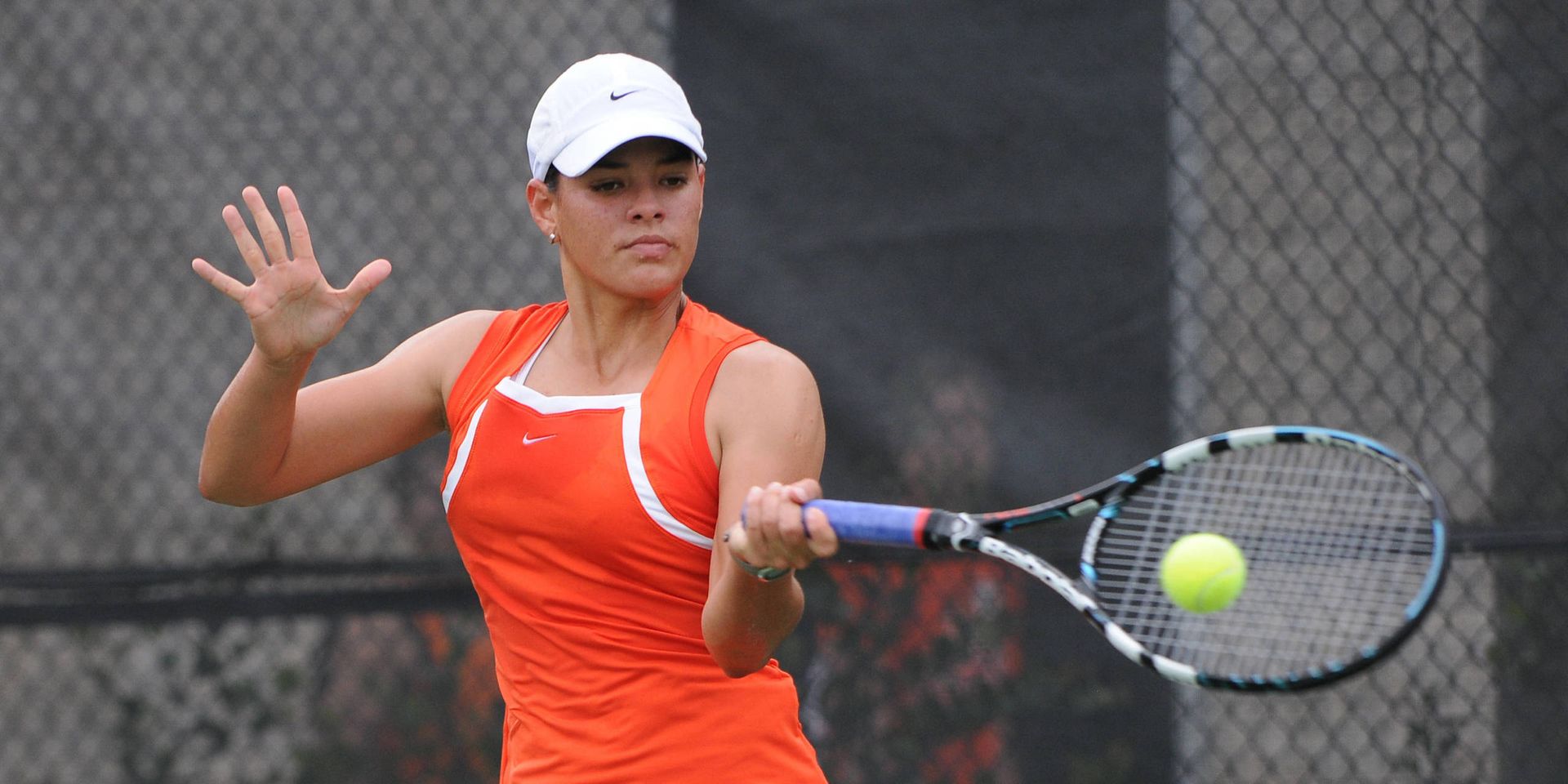 CORAL GABLES, Fla. — The University of Miami women’s tennis team tallied six wins on the final day of the Miami Spring Invite, capping off an impressive opening weekend to the spring season.

After splitting their doubles matches with Vanderbilt 2-2, the edged out the Memphis Tigers 4-2 in singles matches.

In one of the weekend’s closest matches, Miami’s doubles team of Kelsey Laurente and Melissa Bolivar battled back and forth with Vanderbilt’s Courtney Colton and Ashleigh Antal until the match was tied 6-6, forcing a tiebreaker.

“It was a tough match, all set long,” Melissa Bolivar said. “We just stuck to the pattern, stuck to our game, hung in there and kept the points long.”

The Canes duo took early 3-1 lead in the tie-breaker, but Vanderbilt rallied back to take a 6-5 advantage. Facing a match point, Bolivar and Laurente buckled down and won the next three points, winning the match, 8-6. With the win, Laurente finished the weekend a perfect 5-0.

Clementina Riobueno and Victoria Zukowski battled, but dropped their doubles match to Vanderbilt’s Frances Altick and Astra Sharma, 6-3. The Hurricanes split doubles on Sunday, but finished the weekend winning nine of their 11 doubles matches.

“We’re really happy with the overall result, not only with the wins, but the way they competed,” assistant coach Laura Vallverdu said.

In one of the quickest singles matches this weekend, Monique Albuquerque dominated Memphis’ Skylar Kuykendall. Albuquerque won 6-2, 6-0 to finish this weekend with a singles record of 2-1.

“I knew I had to bring the intensity up again as I did in the first set,” Bolivar said.

“Melissa is a senior. She really knows how to compete,” Vallverdu said.

While Bolivar finsihed on the winning side of a tie breaker, Dubins fell short in her tie breaker match against Memphis’ Liza Tymchenko (6-1, 2-6, 10-5).

The Hurricanes continue their season next weekend when Miami hosts the ITA Indoor Kickoff at the Neil Schiff Tennis Center on Jan. 24-25.