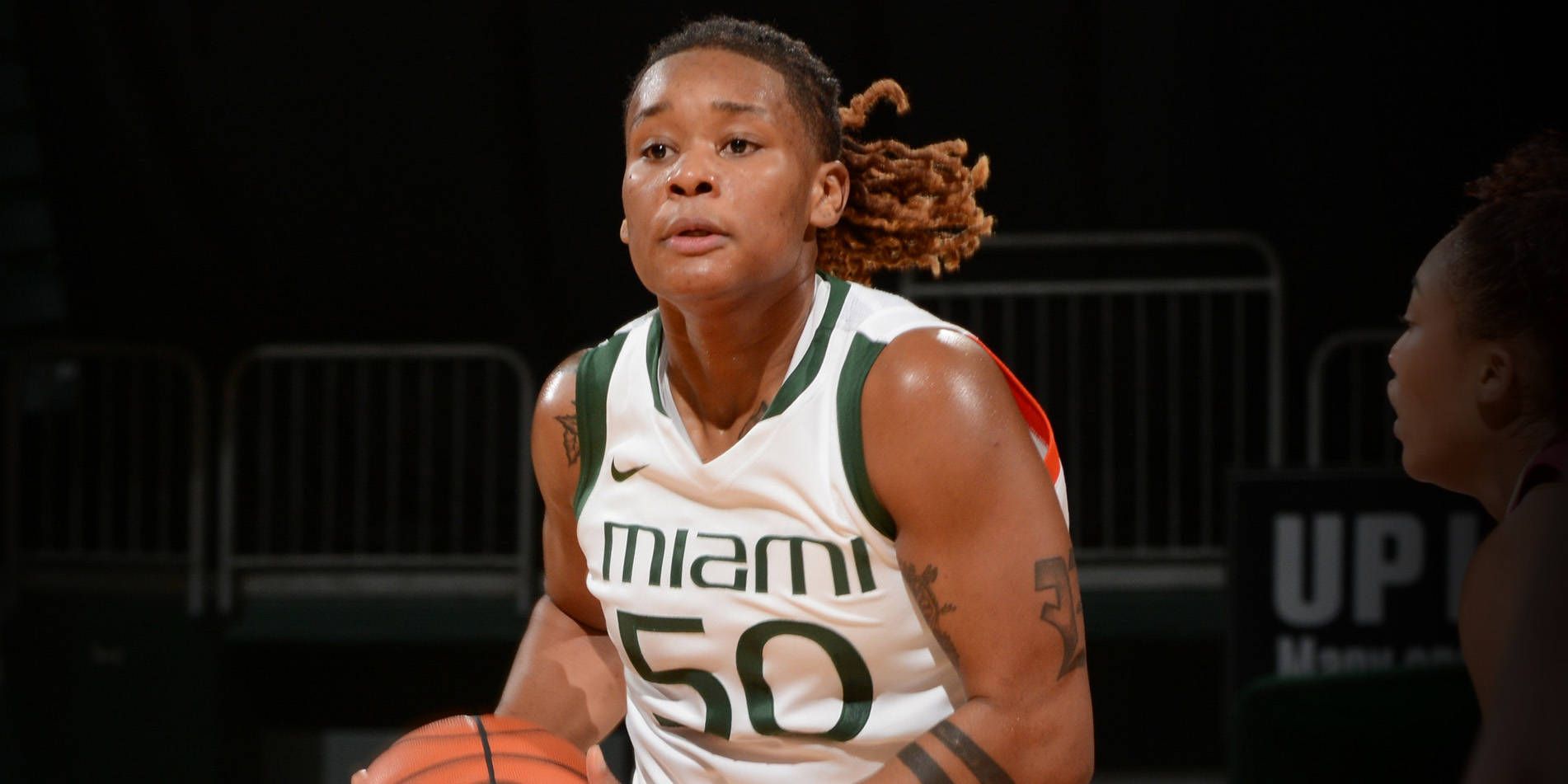 Trailing by one point with 26 seconds remaining in the game, the Hurricanes had one final possession with a chance to to take the lead, but came up empty after two shot attempts.

Four Hurricanes scored in in double figures with Maria Brown leading the way, tying her career-high with 15 points. Keyona Hayes added a double-double, her second of the season, with 11 points and 13 rebounds. Caprice Dennis and Adrienne Motley scored 12 and 11 points, respectively.

For the first time all season the Hurricanes went an entire first half without making a three-pointer, but 15 first half offensive rebounds and 18 point in the paint made up for it.

Hayes carried the Hurricanes through the first half, tallying 11 points and 11 rebounds. Another post player, Brown, also contributed to the first half lead, scoring six points while grabbing five boards.

The Hurricanes led by as many as nine in the first half but a late surge from Boston College allowed the Eagles to get within one of Miami going into the halftime break.

Quickly into the second half a tone was set that this game was going to be a good one, with eight lead changes taking place in the first five minutes of the half.

Miami did not shoot well from behind the arc, hitting just 3-of-19 three pointers for the game. Boston College, who has relied much on the three-pointer this season, was able to drop in 6-of-16.

The Hurricanes were able to control the paint for most of the game, outscoring the Eagles 30-24 in the key, but weren’t able to capitalize on nearly as many offensive rebounds as in the first half. For the game, Boston College held the rebounding advantage by one.

A three-pointer from Boston College gave the Eagles a six-point with just over a minute remaining in the game, but the Hurricanes were far from done.

After a quick bucket from Brown to get Miami back within four, the Hurricanes’ full court press forced the Eagles’ 13th turnover of the game and gave the Hurricanes hope. The next Miami possession, Dennis sunk a three-pointer with 53 seconds left that put the Hurricanes within one point.

On the ensuing Boston College possession, the Hurricanes once again forced a turnover, giving Miami 25 seconds for a final possession.

With four ticks remaining, Motley found a seam and drove through the right side of the lane, but her layup came up a bit short. Brown followed with Miami’s 16th offensive rebounds of the game but her put-back attempt for the win rimmed out to a Boston College player with two seconds remaining.

The Hurricanes get back to action on Sunday, Jan. 19 when they welcome NC State to the BankUnited Center. Sunday will also be Employee Day at the BUC, as well as the You Can Play game, Miami’s celebration of diversity. Tipoff on Sunday is set for 2 p.m.