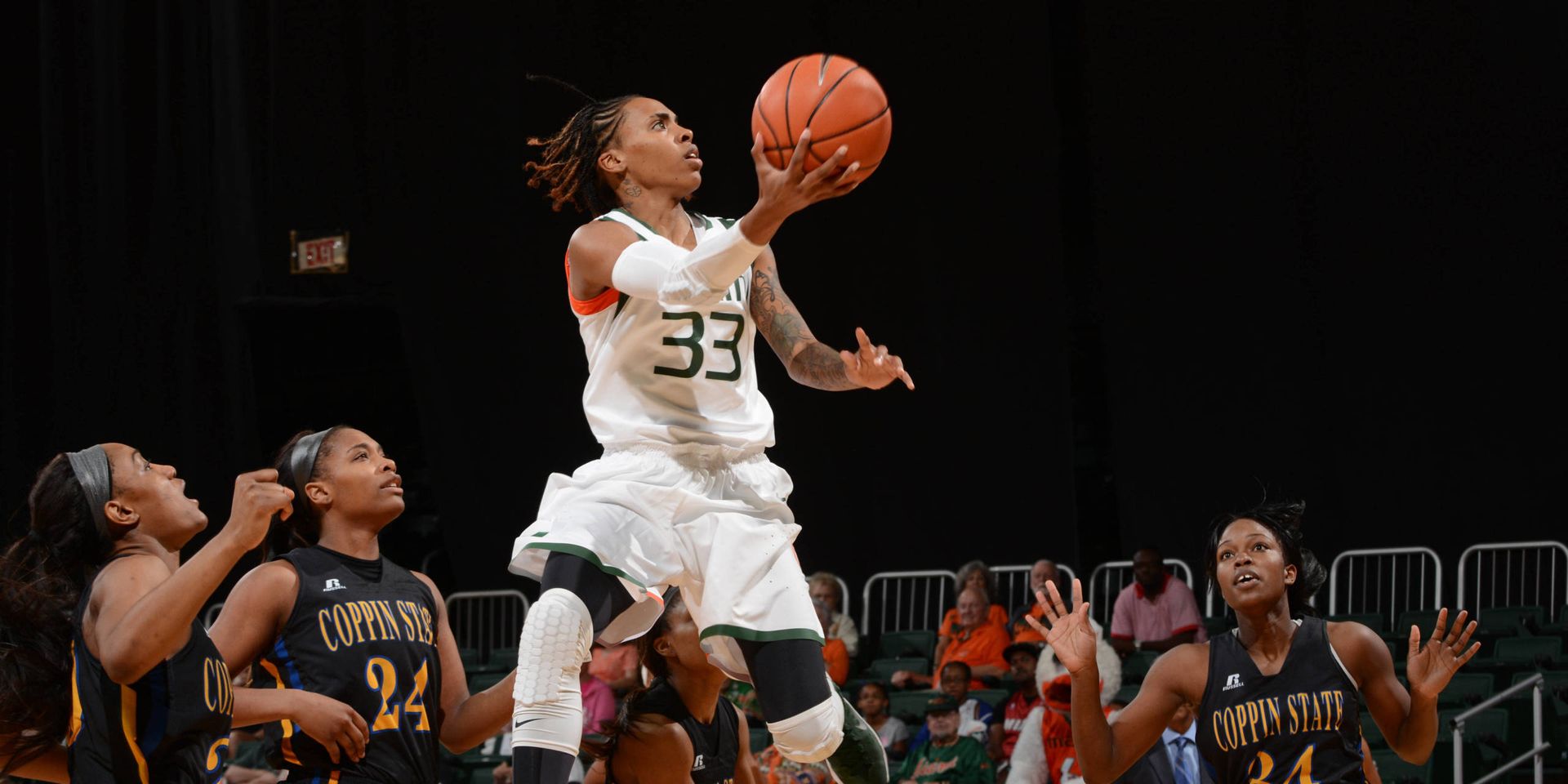 The Opponent
Saturday will mark just the second time Miami and Arizona State have squared off against each other in program history. In the first and only meeting to date, the Sun Devils edged out the Hurricanes 78-74 in Tempe on Jan. 28, 1988. Arizona State finished 13-18 overall in 2012-13 and just 5-13 in Pac-12 play, but the Sun Devils have made the NCAA Tournament five times –the most recent coming in 2010.

Last Time Out
The Hurricanes held off a rally from Coppin State to defeat the Eagles 68-58 on Sunday, Dec. 15 at the BankUnited Center. Miami was led by Maria Brown, who scored a career-high 12 points in the win–including four crucial points down the stretch that allowed Miami to keep its late lead over the Eagles.

Scouting Arizona State
Arizona State welcomes Miami to town with a 9-1 overall record and is currently riding an eight-game winning streak. The Sun Devils have posted wins against Hawaii, Texas Tech, Providence, Illinois, North Carolina, Arkansas State, Sacred Heart, Long Beach State, and Cal State Fullerton. Arizona State is coached by Charli Turner Thorne, who is in her 16th season at the helm in Tempe and in her 18th year as a head coach, boasting a record of 311-198 at Arizona State. On the court, the Sun Devils are led by Deja Mann who is averaging 12.3 points per game and Adrianne Thomas (10.2 ppg).

Caprice Continues to Impress
Miami is led offensively by sophomore Caprice Dennis at 17.8 points per game. Up until the Hurricanes’ last game against Coppin State, Dennis had scored in double figures in every game she’s played in this season. Dennis had a three-game stretch against Yale, St. Francis Brooklyn and Missouri where she averaged 24 points. Following the game against Missouri, Dennis was named MVP of the Miami Thanksgiving Tournament.

House of Jass
Miami junior Jassany Williams is currently fifth in the ACC with 20 blocks this season (2.2 per game). Williams has posted a block in all but one of the Hurricanes’ games, and has 2+ blocks in six games this season.

The Coach
Miami is led by head coach Katie Meier, who is in her ninth season at the helm of the women’s basketball program in Coral Gables. Meier has a record of 153-109 through eight-plus seasons at Miami and a career record of 229-154 as a head coach.

Looking Ahead
The Hurricanes will host their second tournament of the season just three days after Christmas, starting on Dec. 28. Miami will welcome Morgan State, Western Carolina, and New Mexico in for the two-day Holiday Tournament. The Canes will open up with Morgan State on Dec. 28. Miami has played one game against Morgan State previously (2010), which resulted in a 74-47 Canes win. On Dec. 29, the Hurricanes will play either Western Carolina or New Mexico.