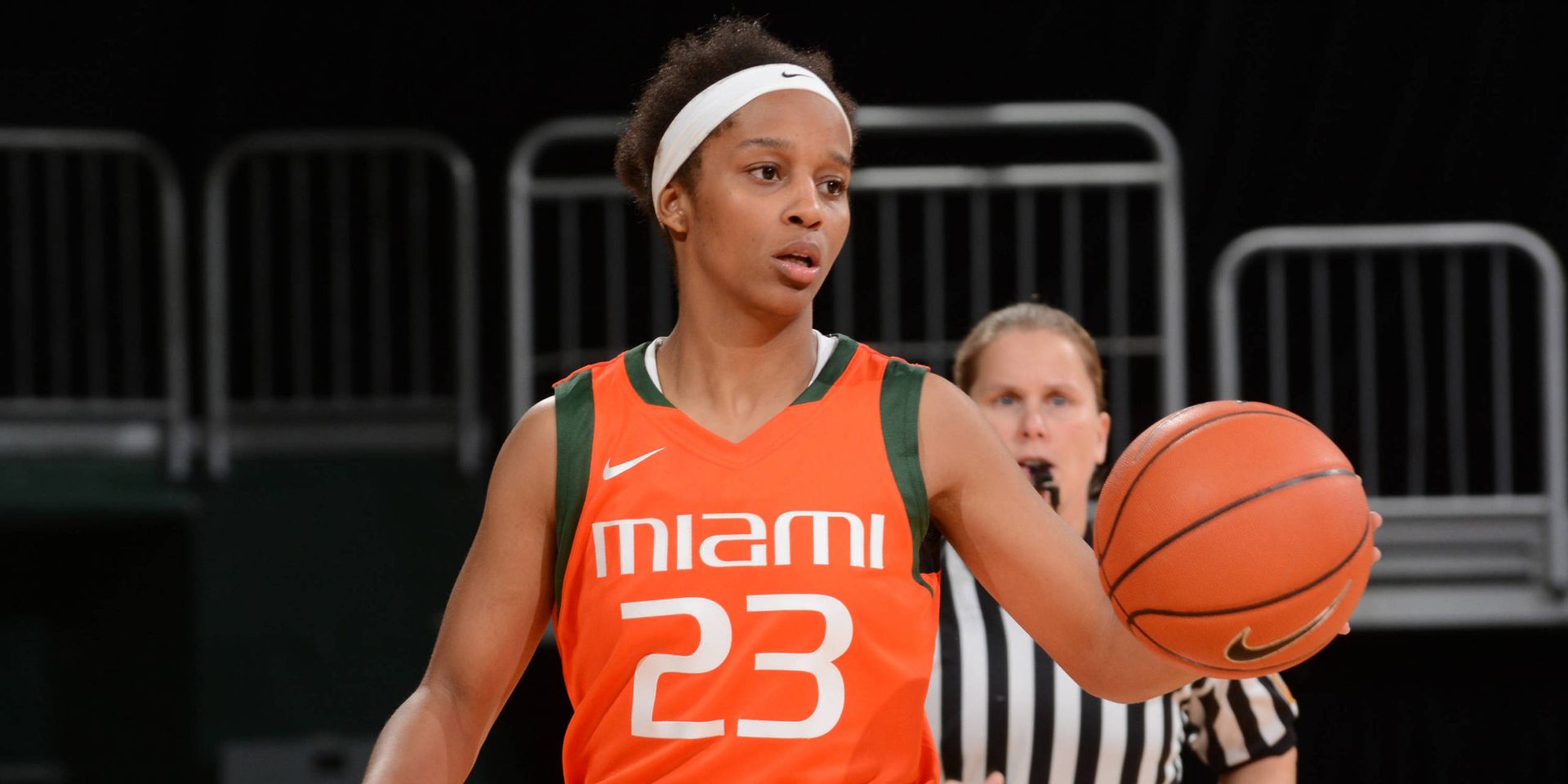 Last Time Out
The Hurricanes fell at Minnesota on Dec. 5 by a score of 74-67, snapping the Canes two-game winning streak in ACC / Big Ten Challenge games. Overall, the ACC won the Challenge 7-4 to claim the conference’s sixth overall title in the annual event. Miami was led by Keyona Hayes, who dropped in a career-high 20 points in an impressive come-from-behind effort.

Scouting Coppin State
Coppin State enters the game against Miami with a 4-4 record and fresh off a win against Delaware State. The Eagles have played two games against ACC opponents and lost both of them. Coppin State opened up their season with a loss at Georgia Tech, 79-57, and fell to North Carolina 91-51 on Nov. 24. The Eagles are led by Krya Coleman who is averaging just over 16 ppg. Two other players are averaging double figures—Larissa Carter (11.9 ppg) and Ashle Craig (11.0). Coppin State is coaches by Derek Brown, who is in his 14th season at the helm of the program.

Coverage
The Hurricanes’ game against Coppin State can be seen live on CanesAllAccess on HurricaneSports.com.

Caprice Continues to Impress
Hurricanes’ sophomore Caprice Dennis has scored in double-figures in each of the five games she has played in this season. Dennis scored 23 points in Miami’s two games and took home MVP honors at the Miami Thanksgiving Tournament. Most recently, Dennis scored 12 points in the road loss to Minnesota.

The Coach
Miami is led by head coach Katie Meier, who is in her ninth season at the helm of the women’s basketball program in Coral Gables. Meier has a record of 152-109 through eight-plus seasons at Miami and a career record of 228-154 as a head coach.

Looking Ahead
After the game against Coppin State, Miami will travel west to Tempe, Ariz., on Dec. 21 to take on the Arizona State Sun Devils for just the second time in school history. The Canes will then return to south Florida for their annual Holiday Tournament on Dec. 28-29 where they will welcome Morgan State, Western Carolina and New Mexico.