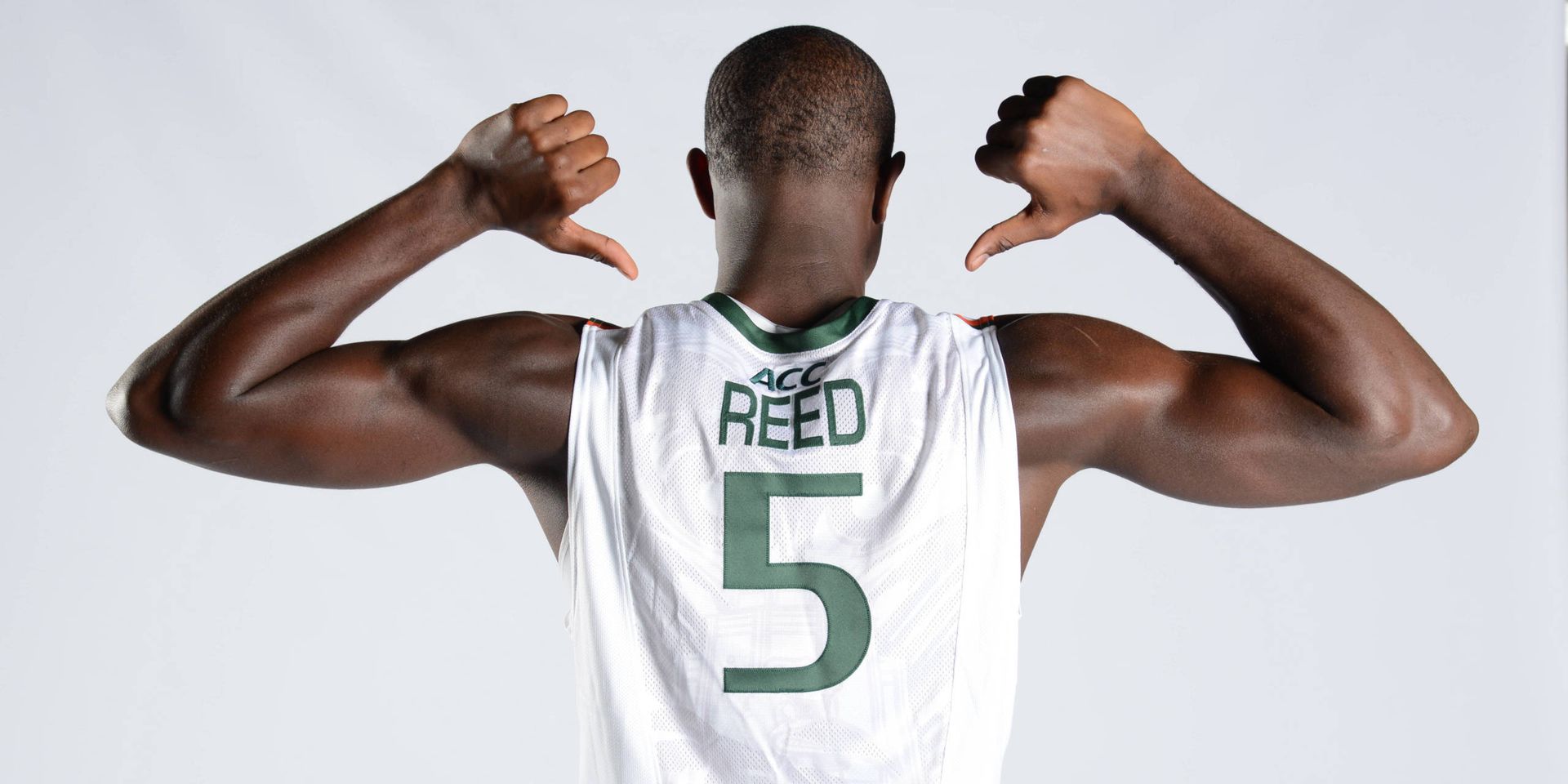 ANAHEIM, Calif (AP) — Rion Brown slammed home a dunk with 33 seconds remaining in the second half, breaking a tie score and leading the Miami Hurricanes to a 60-57 win over Arizona State Sunday afternoon at Honda Center to claim fifth place in the Wooden Legacy.

The Hurricanes (5-3), trailed by 10 points in the first half, and eight points in the second but were done in by a second half in which they shot 31 percent from the floor..

Miami didn’t take its first lead of the game – on a jump shot by Garrius Adams – until 6:28 remained in the game.

Arizona State was clinging to a 57-56 lead with 1:56 left but missed key layups down the stretch.

James Kelly tied the score at 57-57 with a free throw, and the Hurricanes got the ball back when Arizona State guard Jahii Carson missed a layup.

Kelly grabbed the rebound and fired an outlet pass to Brown, who had gotten behind the defense. His got to the basket uncontested and slammed the ball home.

Another missed layup by Carson led to another Miami free throw, this time with 2.6 seconds left. The Hurricanes sealed the win when Adams intercepted Arizona State’s last-chance, length-of-court inbound pass.

The Hurricanes had trouble throughout most of the game because they weren’t able to match up well against Arizona State’s 7-foot-1 center Jordan Bachynski. Four inches taller than Miami’s tallest starter (Donnavan Kirk), Bachynski led all scorers with 20 points, most of which came on offensive rebounds and passes inside.

The Sun Devils also got outside help from Jermaine Marshall, who hit 3 of 7 3-point shots. He finished with 14 points.

The Hurricanes fell behind in the first half, thanks in part to Bachynski’s presence in the paint, and a 29 percent shooting clip from the field. They also hit just 14 of 21 free throws, making their comeback that much tougher.

Miami climbed back into the game when Arizona State coach Herb Sendek gave Bachynski a breather. That opened up the lane for the Hurricanes, who were able to erase their deficit.

Miami Head Coach Jim Larrañaga: “I thought that was the best we’ve played on both ends of the floor for an extended period of time today, it’s the best we’ve shot the ball.  We were 7-for-24 in the first half, in the second half 13-for-23 56 percent, 4-for-6 and that makes a huge difference.  We shared the ball and had 12 assists and only seven turnovers, that’s more the style that we want to play.  Our defense on the other hand, 50 percent in the first half for Arizona State and only 31 percent in the second half from the three so our defense was very effective and our offense was very effective.

On games that come down to the wire, team’s ability to finish…
“What we’ve told the players is that we’re in the process of figuring things out and that means there are a lot of questions and often times, I don’t have the answers.  I’ve got to search for the answer.  One of the answers we came up with here is that we moved Davon Reed to the point and I think he’s done a terrific job of handling that role.  He’s really a versatile player but he’s never played the point for that extended period of time in any of our first games.  But when we switched to the zone we wanted to put some nice sized guys out there and having Davon at the point really made a difference.

Donovan Kirk’s defensive effort…
“First of all, we’ve got to give credit to Jordan Bachynski, we had two or three guys guarding him but Donovan’s presence inside and down the stretch, Donovan does have very long arms and good timing blocking shots so it’s one of the reasons we’re zoning right now.  I’m a career man-to-man coach, but I think this team is better suited right now to be a little bit more of a zone team and a scramble team.  We forced nine turnovers and we got 11 points on those turnovers and we won the game by three.  So it was that aspect of the game that won it for us.

Arizona State not having a field-goal in the final two minutes…
“Our activity on defense, they had been shooting so many threes.  They ended up 8-for-21 but if you see it in the first half they were 5-for-11 but only 3-for-10 in the second half.  We contested the three a little bit better, closed them out a little bit faster and got better results.

Ability to finish strong
There have only been 2 games we haven’t been down to the wire so we’ve been accustomed to that this season.  Of course it’s not how we’d like the game to go but facing adversity is making us better as a team.  For the most part we’ve done pretty well down the stretch.  That’s one of our mottos, pulling down the stretch.”

On Jahii Carson
“Coach stressed defense, he’s a phenomenal player, really quick.  I think we just knew collectively, it’s not one man that guards, it’s one man and four other people helping.

Arizona State Head Coach Herb Sendek Overall Statement
“I thought we had some opportunities to knock down some open shots, including the last three-point shot.  We got to the free-throw line during that interval some.  Certainly, you’ve got to credit Miami for playing outstanding defense.  They’re long and athletic and they cover ground very well.  They did a good in their zone today.”

On Miami’s defensive adjustment from the first and second half
“I think the biggest adjustment they might have made was they stopped trapping as much.  They played straight defense.”

On his team’s performance during the tournament
“Well, I’m not pleased with the end of result today.  Certainly the tournament was a good kick in our butt coming up here losing two of three.  Will have to go back and return to work.”

Senior Center Jordan Bachynski
On his performance from today and the previous two games
“It just shows you how much a mental game basketball is.  I mean, I’m the same player.  I struggled in the first game.  I kind of got back to how I was playing in the second game.  And today, I just knew that if we wanted to win today, that my team needed me to show up.”

On Miami’s performance
“The biggest difference was that they didn’t give up.  We were up the whole game and they just kept playing.  They’re a team that knows how to win and they don’t give up.”

On taking away his experience the last games in the Wooden Legacy
“Consistency is key.  One thing that coach Sendek always says, ‘consistency is better than occasional greatness’ and that’s true.  We had a great game against Marquette and when struggled against Creighton.  We kind of got back to how we played in our second game and today we didn’t play consistency the whole game.  We played well in spurts and we didn’t play well in other spurts.  So the outcome would have been different.”