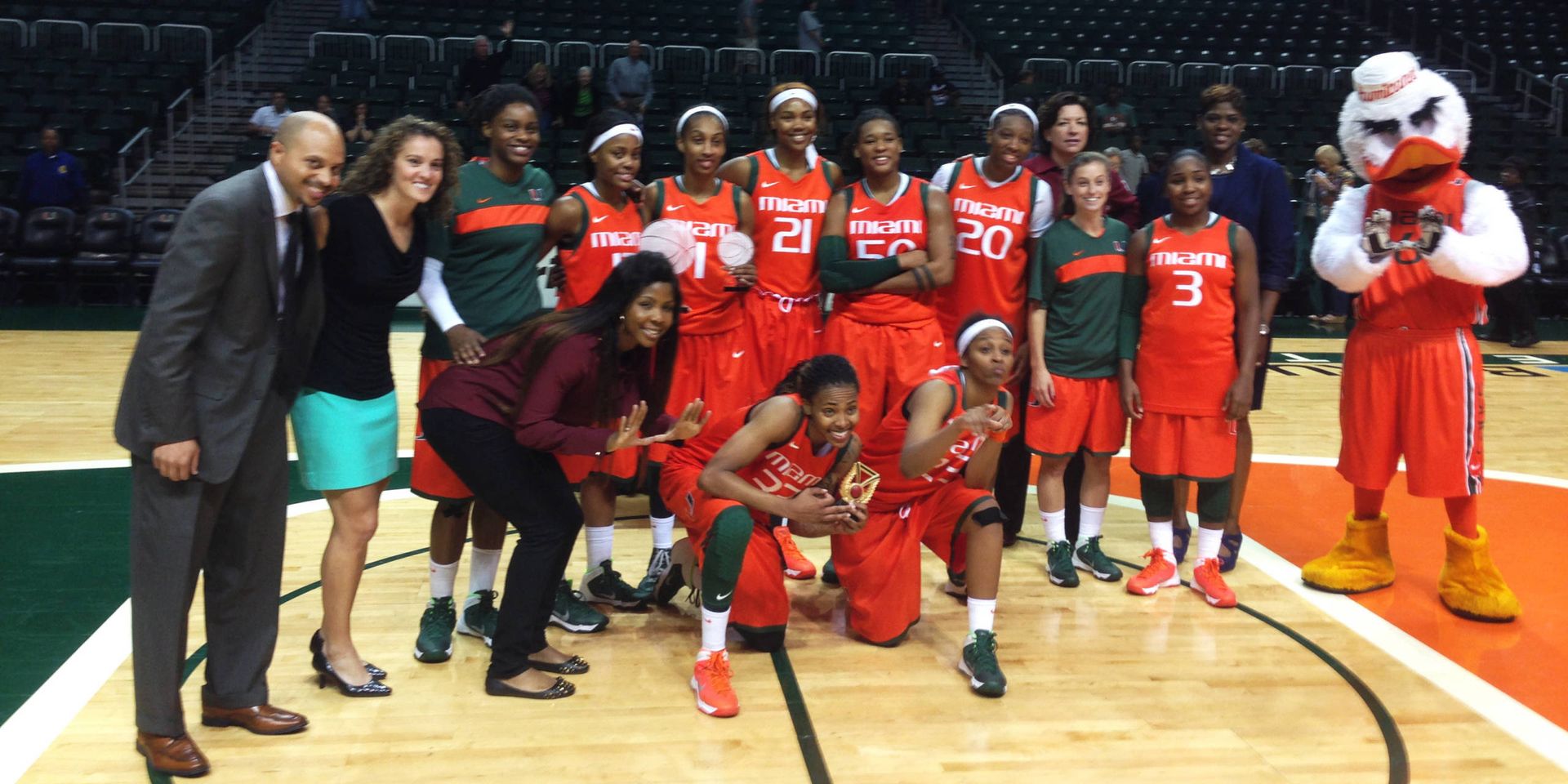 “We’ve really been pushing this team to mature,” head coach Katie Meier said. “You’ve got to understand what it’s going to take to win big-time ball games. It takes a lot more focus and toughness than we’ve been playing with. So to see this team emerge and to see the energy level that they played at tonight, was amazing.”

“We haven’t had a lot of game minutes together,” Meier said of Dennis.  “She scored a point a minute—she scored 23 points and played 24 minutes. I guess I ought to play her more.”

Miami (5-2) didn’t shoot the ball well in the first half, going just 10-for-15 from the field in the first 20 minutes of the ball game. But Miami controlled the paint, outscoring Missouri 24-10 for the game.

“They wanted this game,” Meier added. “They were prepared to be a better team, but to come away with a win because we finished finally, that’s a big step for this particular team and I’m really proud of them.”

The Hurricanes found themselves in a hole right out of the gate, trailing by nine less than five minutes into the game. But in a similar fashion to Friday’s game, the Hurricanes were due for a run.

Trailing 20-9, Miami proceeded to go on a 16-2 run to take a 25-22 lead with less than five minutes to play in the first half. The Canes and Tigers went back-and-forth for the remaining few minutes before Missouri took a three-point lead into the half.

The second half was back-and-forth for the first 16 minutes, with neither team leading by more than five points in that span. At the 4:15 mark with the Hurricanes’ leading by four, Maria Brown dropped in two of her season-high nine points to give Miami a six-point lead.

After over 15 minutes of trading baskets in a game that saw eight ties and 11 lead changes, the Hurricanes held off Missouri over the final few minutes to win their third straight game.

Joining Dennis in double-figures was Adrienne Motley, who contributed 12 points and four rebounds, and Suriya McGuire, who finished with 16 points and eight rebounds.