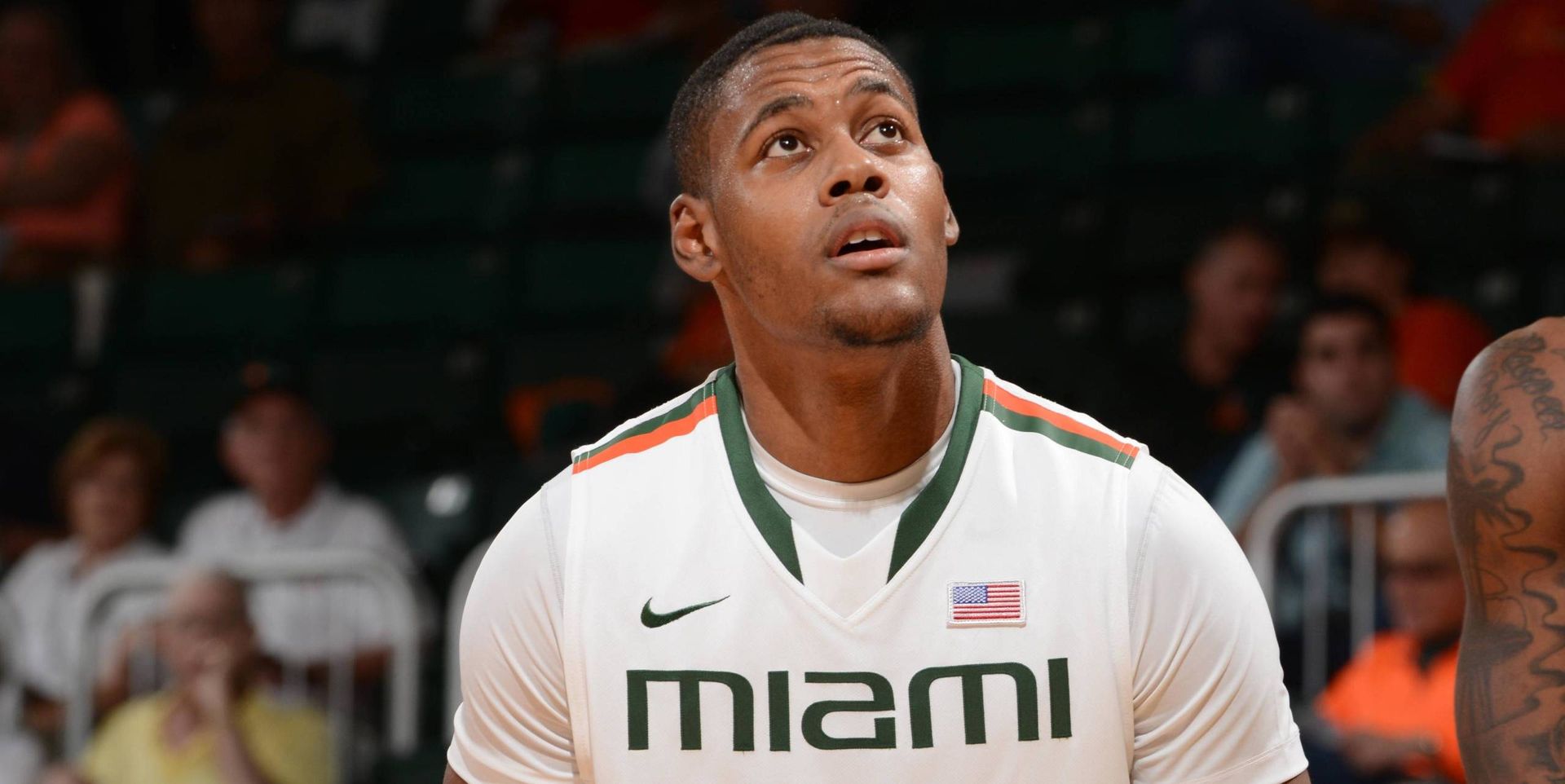 FULLERTON, Calif (AP) — The Miami Hurricanes held off a late charge by host Cal State Fullerton, defeating the Titans, 48-46, in the second round of the Wooden Legacy, on Friday afternoon.

Fullerton’s Michael Williams missed a 3-point shot with one second remaining on the clock but the Hurricanes’ win wasn’t official until Chris Collins’ put back rolled off the rim at the buzzer.

The win sent Miami into the tournament’s fifth-place game, which will be played Sunday at the Honda Center in Anaheim.

The loss gave the Titans (2-5) a good idea of how good a team they can become.

The game featured tough defenses on both sides, though Miami was able to forge ahead to take a 23-17 lead at the break.

The Hurricanes (4-3) started the second half with a 10-0 run, opening up a 16-point advantage but even that wasn’t a safe lead against the pesky Titans.

Miami took its biggest lead of the game (17 points) with 8:34 left in the game but seemed helpless to prevent the Titans from making their final run.

Fullerton scored 22 of the game’s final 29 points, and came within inches of stealing the win.

Williams had a chance to tie the score with 13 seconds left but his shot was blocked by James Kelly. The Hurricanes rebounded the ball but were put on the foul line. When Davon Reed missed the front end of a one-and-one, the Titans scooped up the rebound and came up inches short on the other end.

Fullerton had a few chances to put themselves in position to win but seemed to make mistakes at the wrong time.

Fullerton, which lost by 20 points to 25th-ranked Marquette in Thursday’s first round, came within two points of beating Miami despite shooting just 35 percent from the floor and converting 8 of 13 free throws.

Miami’s numbers didn’t fare much better, even with the better results. The Hurricanes shot 42 percent from the field and made just 3 of 10 free throws. Their win came on the heels of a first-round overtime loss to George Washington.

Miami Coach Jim Larrañaga – “It was a real defensive struggle neither team could put points on the board, scoring only 48 and still winning the game, we have to be happy with the win and happy with the activity defensively, but obviously we can’t shoot 42 percent overall, 15 percent from three and 30 percent from the foul line and win many games. But as I have said before we are a better shooting team than this, we have to mentally prepare ourselves to make shots, but you have to give Fullerton a lot of credit for coming back we were up by double figures and they changed their defense a couple times and we missed good shots and turned the ball over far too many times against that pressure, 13 turnovers and gave them a chance to win the ballgame.”

Well I thought yesterday the lineup that actually was a plus 11, even though we lost the game, that one group that started was at plus 11, so we wanted to give them a chance to play together, we started the game in the zone, I think it’s the first time in my 25 year coaching career that I started with zone. But it was pretty effective especially when we got very active in it, hopefully we can keep up that activity, I would like to see that.”

“We already played the College of Charleston at their place, that’s probably the best game we have played. Arizona State was very impressive in their win over Marquette before we all came here to Anaheim. I didn’t get a chance to watch them yesterday, so we will watch that game tonight and come up with a game plan, but I am very familiar with Herb Sendek their coach with a and the job he has done in his career, I think he does a fantastic job, we are going to have our hands full with them.”

Miami Guard Rion Brown – “It definitely feels good after losing two straight, it wasn’t pretty but we got the win and it’s a lot easier talking about what you can do better after you win than after you lose. We feel good about it and hopefully we learn some things from the last game and get some confidence going into Sunday.”

Miami Guard Davon Reed – “I tried to be a little bit more aggressive and wanted to be that motivating factor for my team. We just needed some energy today and I thought me and my teammates all brought that energy today.”

Cal State Fullerton Coach Dedrique Taylor – “Well, I couldn’t be more proud of our ball club tonight because they did nothing else but they competed. And that’s what we were after today, was just find out if we could compete and challenge ourselves to play as hard as we could. I thought we had a couple of lapses but for the most part I was proud of our guys with their effort, their energy and their discipline for the most part. But moving forward as a first year program I think it’s imperative that we establish what we did out there night in and night out and that’s compete.”

“I thought we made shots when it mattered and I thought our guys competed once again, for a longer period of stretch. That to me was the difference. We made shots down the stretch; we didn’t turn the ball over as much. I think [tonight] we finished with 11, last night I think we had 15 or maybe 16 turnovers so anytime you don’t turn the ball over and you play hard, you always give yourself a chance to win.”

“I think it’s the difference in the game. We only turned the ball over between our point guards one time, that’s impressive. Especially with that type of length and that type of size out there and they were trapping and trying to do some things to speed us up. And so for us to limit our turnovers, particularly between our two primary ball handlers, I thought was excellent.”

Cal State Fullerton Guard Michael Williams – “It’s definitely becoming a good message to see that we can play with anybody. If we continue to play with effort and energy and just continue to fight with each other and play together, it’s becoming and really molding into a pretty good team. We can do a lot of good things and surprise people moving forward.”

Cal State Fullerton Guard Sheldon Blackwell – “I see the difference in how we played today. Yesterday we turned the ball over and they were getting easy points on us. Today they had to work for the points. We just played our hearts out on defense.”