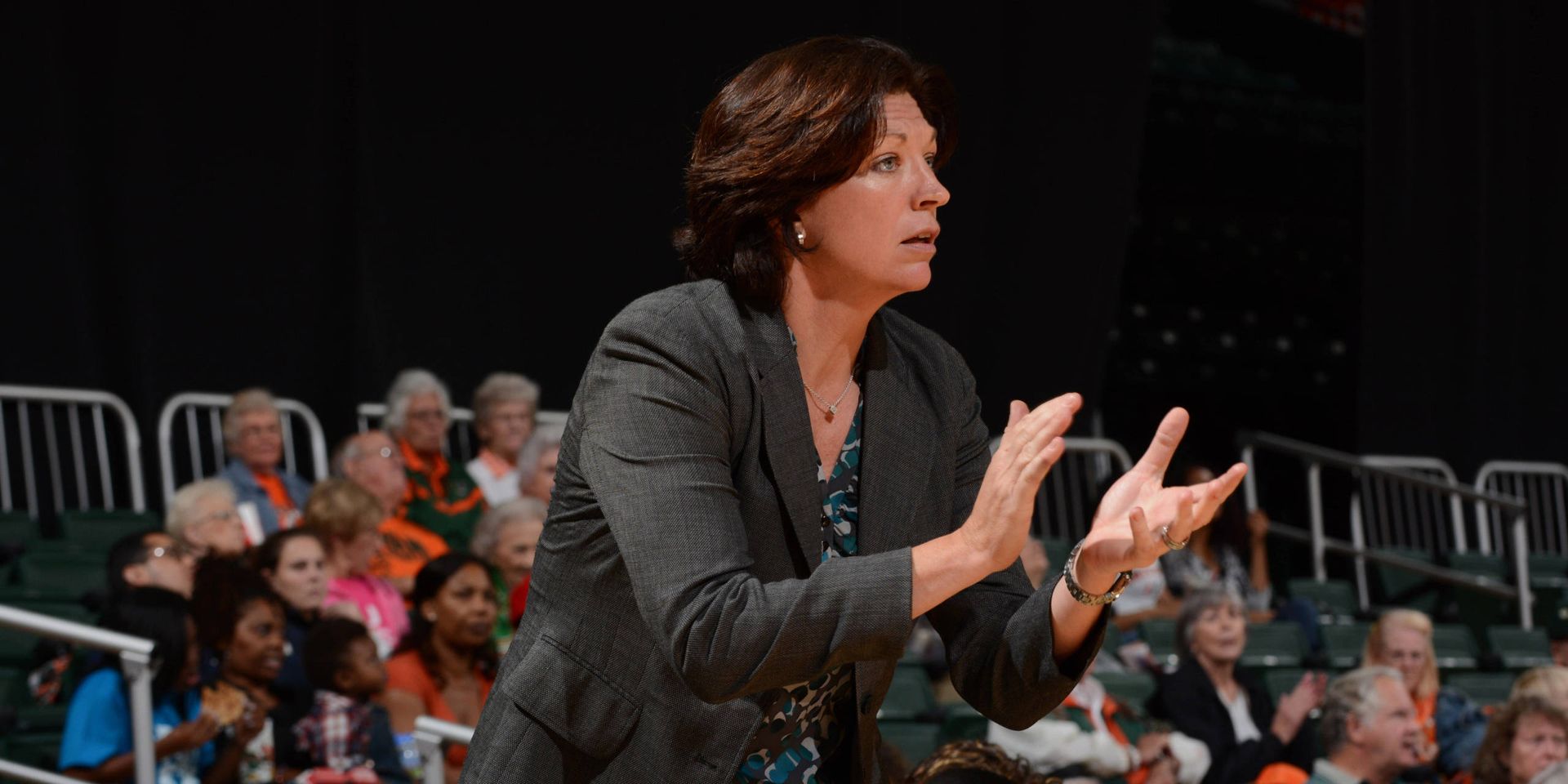 “That game was like a roller coaster,” head coach Katie Meier said. “There were runs and I thought there were beautiful offensive plays by both teams. St. Francis did a really nice job of moving the ball and sharing the ball. They made us defend east-west instead of just north-south. I thought they reversed the ball well, had a ton of poise, and it really bothered us.”

For the second straight game, Dennis eclipsed the 20-point mark, pacing the Canes in another high-scoring affair. She has scored a combined 49 points in the last two games. It was the second consecutive game that the sophomore from Detroit dropped in 17 points in the first half alone.

The Hurricanes had as much as an 18-point lead at one point, leading 22-4 with 13:36 left in the half. That’s when the Terriers went on a 25-10 run to decrease Miami’s lead to as a few as three with just over four minutes to play in the half. The Hurricanes went into the half leading St. Francis by eight, 40-32.

“The best part of the game, to me, was when I really got on them at halftime,” Meier said. “I told them they were playing really immaturely. I saw a lot of heads nodding and they responded at the start of the second half.”

The Hurricanes did respond, increasing their eight-point halftime lead to 16 less than five minutes into the second half after back-to-back three-pointers by Krystal Saunders and a fast break layup from Adrienne Motley.

Miami would continue to keep the pressure on the Terriers, increasing the lead to 19 points with 10:22 to play in the game.

St. Francis then proceeded to go on their second significant run of the game, this time a 10-0 run to get put the Hurricanes’ lead back into the single digits.

Leading by nine with over seven minutes on the clock, Miami then took its turn to make a run, quickly getting their lead back into the double-digits. Miami would finish the game on a 16-4 run to defeat the Terriers by 21, their largest lead of the game.

Saunders finished the game with 13 points, all of which came in the second half.

Miami is back in action Saturday when they take on Missouri in the championship game of the Thanksgiving Tournament. Tip is scheduled 3 p.m. ET.