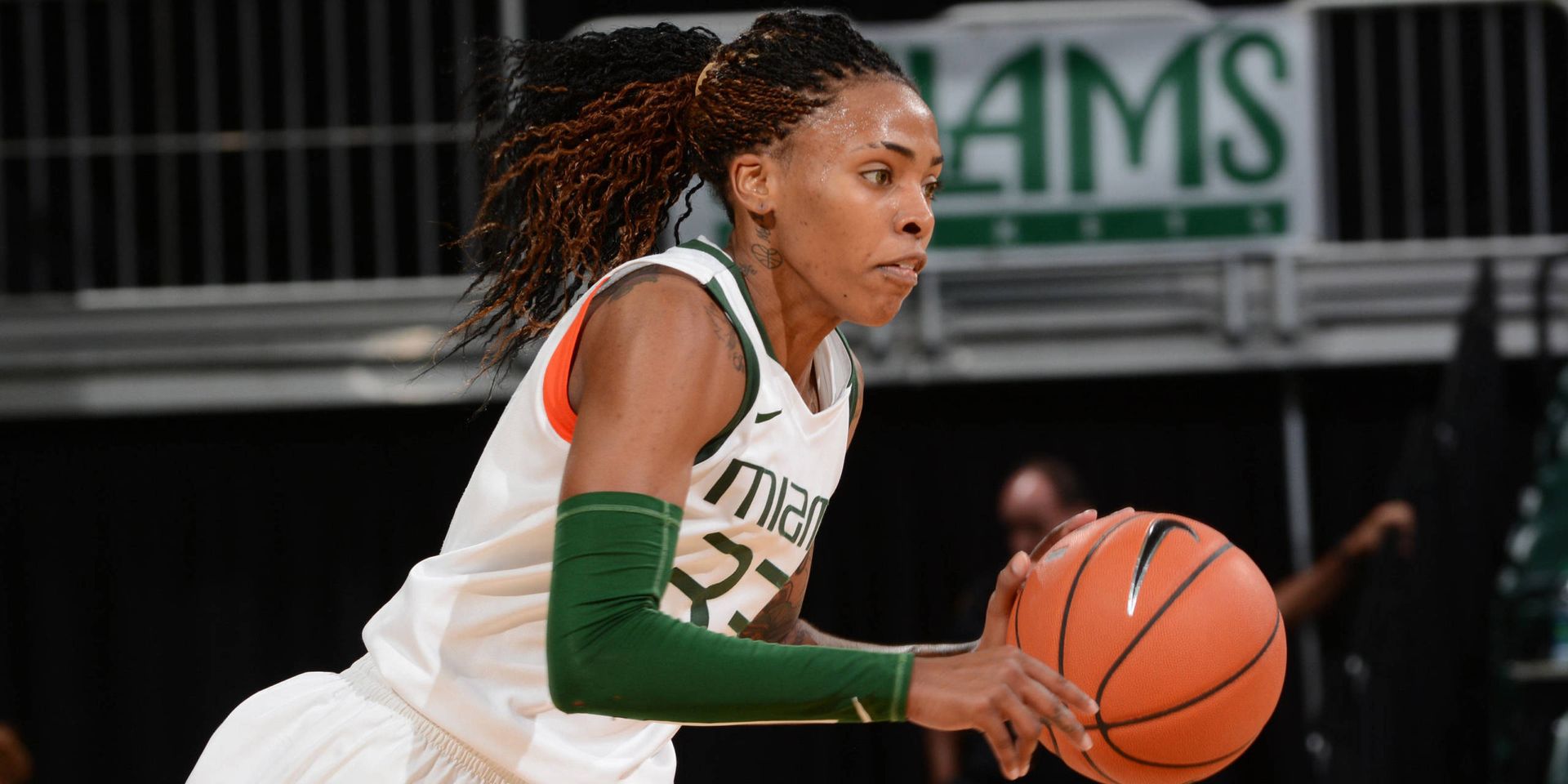 The Game
The Miami Hurricanes women’s basketball team will play on the road for the first time this season on Tuesday, Nov. 19 against Oakland University at 7 p.m. at the Athletics Center O’Rena in Oakland, Mich.

The Series
Miami holds a 1-0 series lead between the schools, with the lone game coming in 2005 when the Canes won, 78-65 in Miami.

The Opponent
Oakland University is currently 0-3 with home losses to UCF and Canisius and a road loss to Indiana. The Grizzlies are led by first-year head coach Jeff Tungate, who was an associate head coach for the men’s team at Oakland for the past six seasons before being appointed the head women’s job.  Oakland finished the 2012-13 season with an overall record of 9-20 and finished 3-13 in the Horizon League.

Coverage
The Hurricanes’ game against Oakland will have live stats available here: http://gocan.es/1b2kW14. Live Twitter updates will also be available by following us at @MiamiWBB.

Jass on the Boards
Hurricanes’ junior Jassany Williams pulled down a career-high 16 rebounds to go along with her nine points in Miami’s loss to Middle Tennessee on Friday, Nov. 15. Through three games, Williams is averaging exactly 10 rebounds per contest.

McGuire Leads the Way
Miami junior guard Suriya McGuire leads the Hurricanes in scoring through three games, averaging 12.0 ppg. McGuire is shooting an impressive 50 percent from the field while also leading the team with nine steals.

Behind the Arc
Through three games the Hurricanes have made 16 three-pointers for an average of 5.33 per game. Shots from behind the arc have accounted for 26 percent of the Canes’ total scoring output this season.

The Coach
Miami is led by head coach Katie Meier, who is in her ninth season at the helm of the women’s basketball program in Coral Gables. Coach Meier has a record of 148-108 through eight plus seasons at Miami and a career record of 224-153 as a head coach.

Up Next
After the road trip to Michigan, the Hurricanes have six days off before returning to the BankUnited Center on Nov. 25 to take on Yale. On Friday, Nov. 29 the Hurricanes’ Thanksgiving Tournament gets underway with Miami taking on St. Francis, followed by the winner of Missouri and Hartford on Saturday.