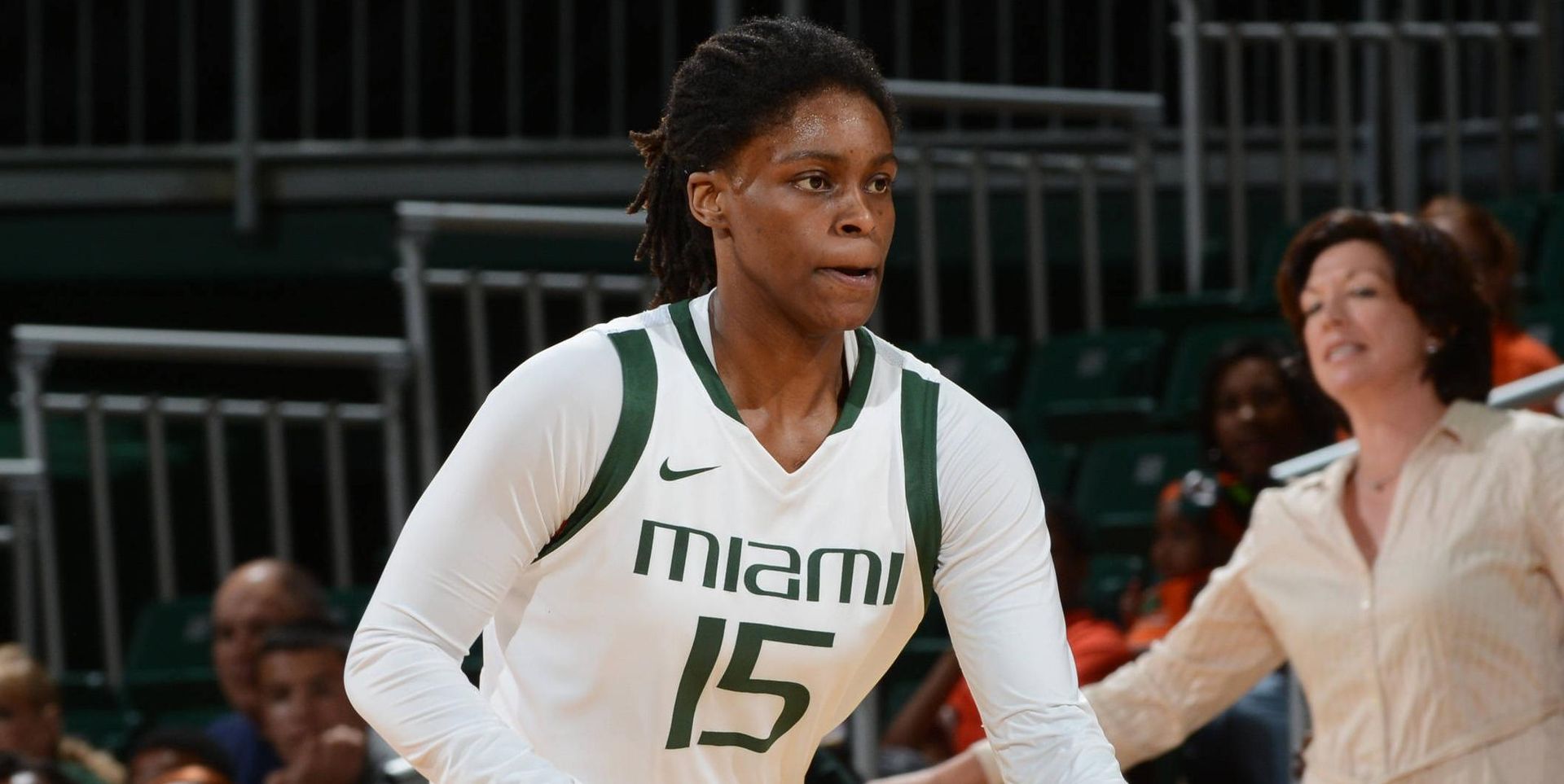 CORAL GABLES, Fla. – In a back and forth battle the Miami Hurricanes fell to visiting Middle Tennessee 61-55 on Friday night at the BankUnited Center.

“We just didn’t play with any strategy tonight,” head coach Katie Meier said after the game. “We didn’t have a strategic approach to the game.”

The Canes (1-2) went into the half facing a two-point deficit, but carried over many positives into the second half. The Hurricanes’ defense forced seven turnovers in the first and got to the line 10 times compared to just three for the Blue Raiders.

The second half started with a few back and forth buckets by Necole Sterling and Middle Tennessee’s KeKe Stewart. With 17:12 on the clock Miami’s Jessica Thomas sunk a mid-range jumper to tie the game at 36-36. Unfortunately for Miami that was the closest the Hurricanes would get in the second half as the Blue Raiders never lost the lead again.

“We went off the reservation a little bit there in the middle of the game,” Meier added.  We’re trying to give as simple game plans as we can. There’s a fine line between over-coaching and under-coaching. We’re going to have that issue with this team right now. We put a very complicated offensive system and sometimes it takes some game film and a lot of repetitions to really work through it and get it.”

The Canes remained in the ballgame until the very finish, trailing by four points with the possession and a chance to make it a one score game multiple times in the final few minutes of the game.

Free throws by Middle Tennessee’s Shanice Cason that extended the lead to six points with 31 seconds to go sealed the win for the Blue Raiders, who improved to 1-1 on the season.

Middle Tennessee was led by Ebony Rowe, who finished one rebound shy of a double-double with 19 points and nine rebounds.

One of the bright spots for Miami was Jassany Williams’ career-high 17 rebounds. The junior playing in her first season for Miami was one point shy of a double-double, as she finished with nine points.

Keyona Hayes, one of the three Canes to reach double figures in scoring, lead the Canes with 12 points. Jessica Thomas and Suriya McGuire finished closely behind her with 11 points and 10 points, respectively.

The Hurricanes hit the road for the first time this season on Tuesday, Nov. 19 when they travel to Michigan to take on Oakland University.