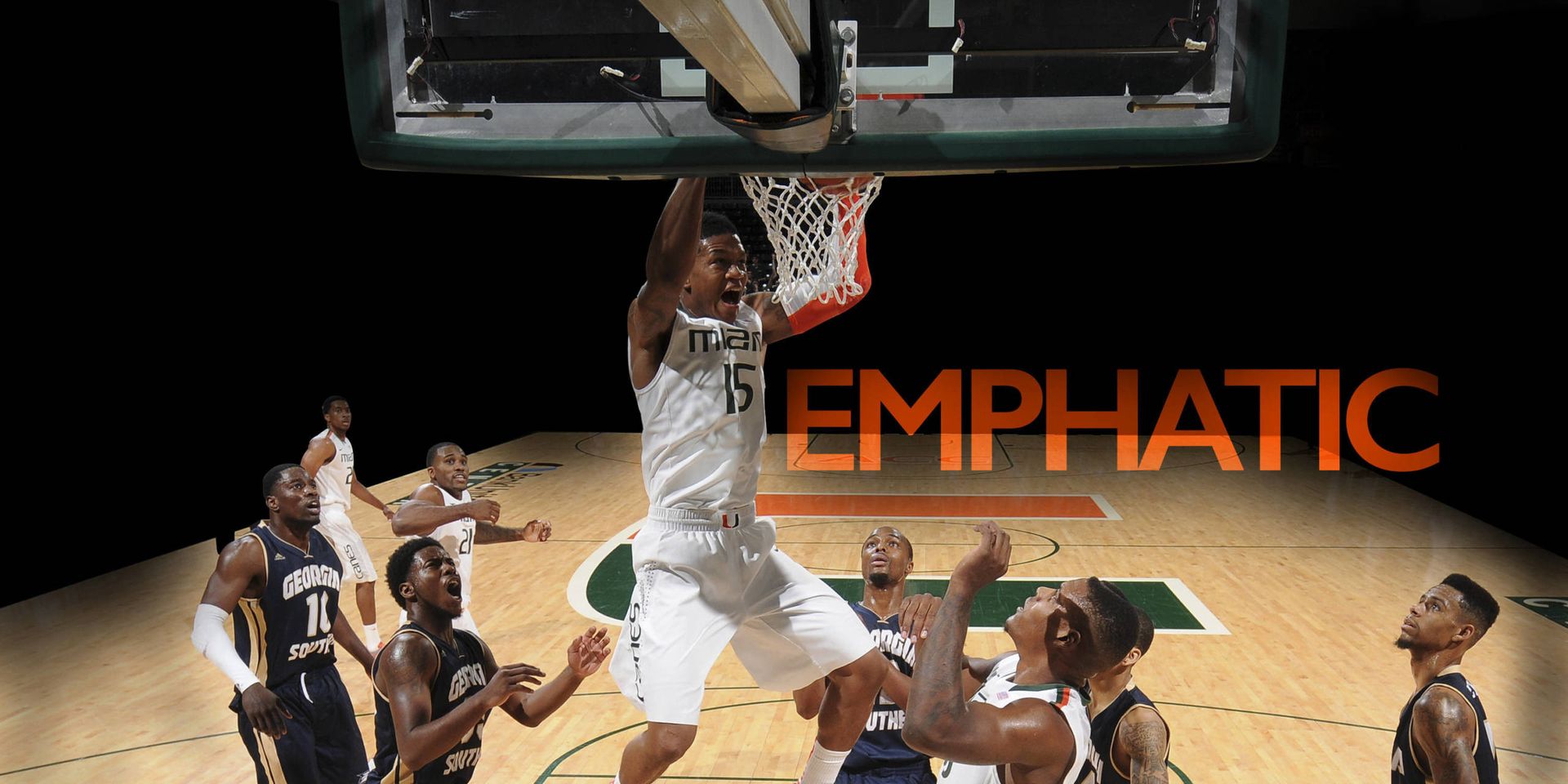 Jelani Hewitt had an opportunity at a game-winning basket for the Eagles but his 30-foot shot with 2 seconds left bounced off the rim.

The Hurricanes had two opportunities at the win in regulation but Manu Lecomte’s short jumper and Donnavan Kirk’s put back at the buzzer bounced off the rim.

Lecomte’s reverse layup off a steal with 22 seconds remaining capped a 7-0 run and gave Miami a 67-65 lead.

Hewitt keyed a 13-0 Eagles run late in the second half with a layup and two 3-pointers that helped erase an eight-point deficit. Hewitt’s second 3-pointer with 2:46 remaining gave Georgia Southern a 65-60 lead

The Hurricanes rallied from a nine-point deficit with a 16-6 run in the final 5:18 of the first half. Erik Swoope’s dunk with 27 seconds remaining capped the run and gave Miami a 35-32 lead at halftime.

Kirk’s 3-point play and tip-in during a 1:00 stretch early in the second half helped the Hurricanes increase their lead to 42-34. James Kelly’s layup with 8:52 remaining gave the Hurricanes their first double-digit lead, 57-47.

The Eagles took advantage of cold-shooting Miami early and built a 10-5 lead behind 3-pointers from Tre Bussey and Brian Holmes in the first 4:26.

Miami missed nine of its first 10 shots but converted 16-of-18 free throws.

Georgia Southern shot 16-of-16 free throws, a school record breaking the previous mark set against Georgia Tech in 1960, when the Eagles shot 11-of-11.

With the win over Georgia Southern, Jim Larrañaga earned his 50th win as a Cane, just two years and two games into his tenure in Coral Gables.

49:17 into the season, Rion Brown hit Miami’s first 3-pointer. The Canes hit six from distance against the Eagles.

Miami recorded 12 assists against GSU after having only five handouts against St. Francis Brooklyn.

The Canes led by as many as 10 points in the game, and trailed by nine at one point.

Donnavan Kirk posted his second-straight double double, with 18 points and 10 rebounds. Prior to the game against St. Francis Brooklyn, Kirk had never recorded a double-double.

Rion Brown loaded his stat line with 15 points, including 7-8 from the FT line, added to seven rebounds and four assists.