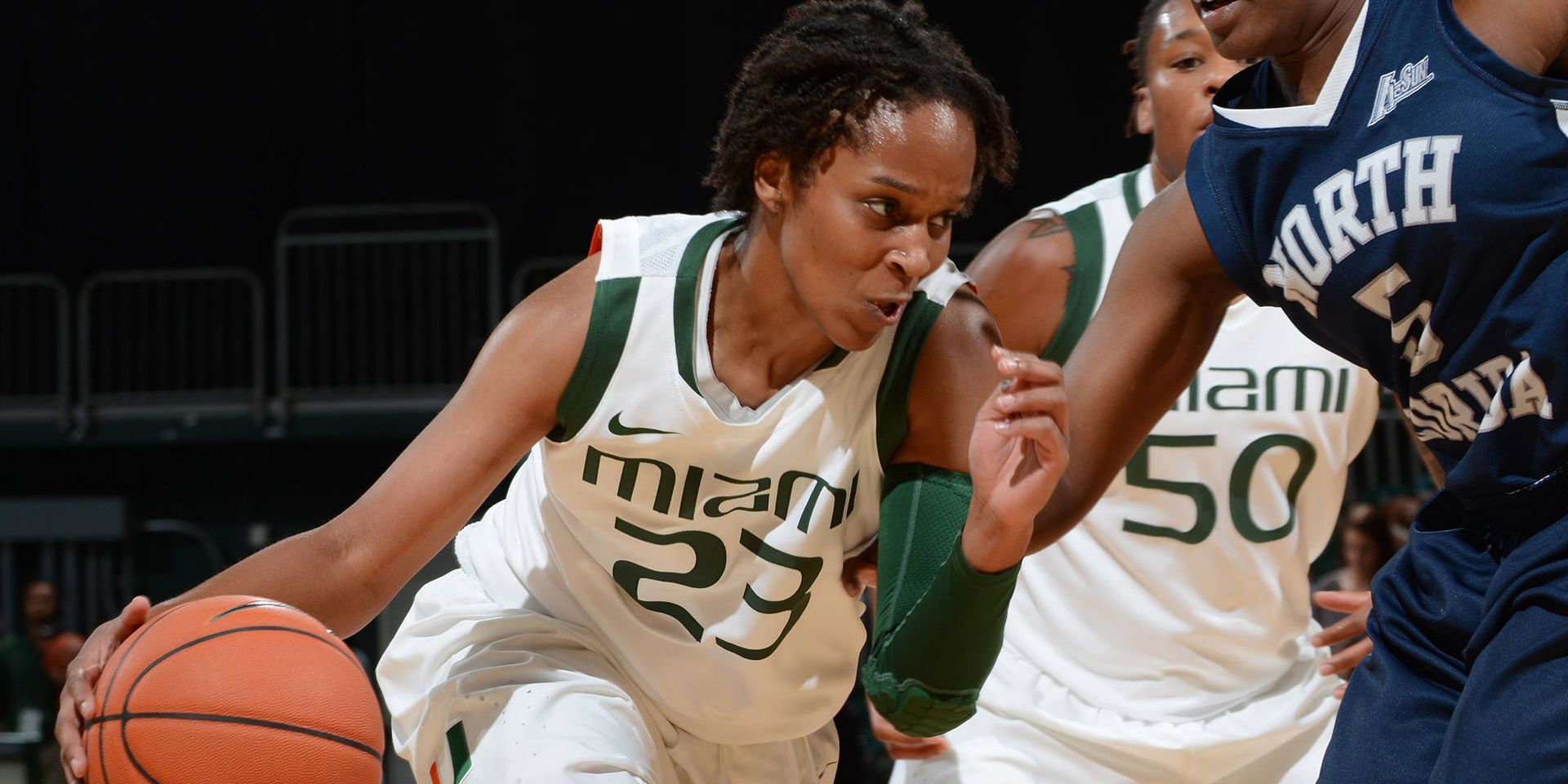 The Game
The Miami Hurricanes women’s basketball team gets back on the floor Sun., Nov. 10 at 2 p.m., just two days after blowing out North Florida 79-39 in its regular season opener at the BankUnited Center.

The Series
The Hurricanes lead the all-time series against the Spiders two games to none, with the most recent win coming Nov. 12, 2012 at Richmond, where the Canes came away with a 69-63 win. In 2003, Miami beat Richmond 80-73 in Coral Gables.

Broadcast
The Hurricanes’ game against Richmond will be broadcast by Miami’s student radio station, 90.5 WVUM. It will also be available on WVUM.org. A live stream of the game will be available for CanesAllAccess subscribers.

Richmond
The Spiders opened up the season on Friday with an 82-78 loss at Georgetown. Richmond, down early in the game, surged back on a 20-0 run to make it a one-possession game with under a minute to play. Richmond’s projected started are Bria Powell, Olivia Healy, Kery Soppe, Genevive Okoro, and Liz Brown. The Spiders come into the season with three seniors and five juniors. Richmond is coached by Michael Shafer, who is in his ninth season at the helm of the program.

Canes Rout UNF in 2013-14 Opener
The Miami Hurricanes jumped out to an 11-0 lead just over four minutes in and never looked back, routing visiting UNF 79-39 in the season opener for both teams at the BankUnited Center Friday night. Aided by 18 first-half turnovers from the Ospreys, Miami’s early advantage reached as high as 24 points twice in the opening 20 minutes. It was more of the same for the Hurricanes in the second period, as the hosts’ lead ballooned to 43 points less than three minutes before the final whistle.

Freshman Jitters
Miami’s two freshman guards, Jessica Thomas and Adrienne Motley, both shined in their collegiate debuts. Thomas went 5-for-9 from the field and 3-of-7 from behind the arc, totaling 13 points and three steals. Motley finished with nine points, eight rebounds and four steals in her first game as a Hurricane.