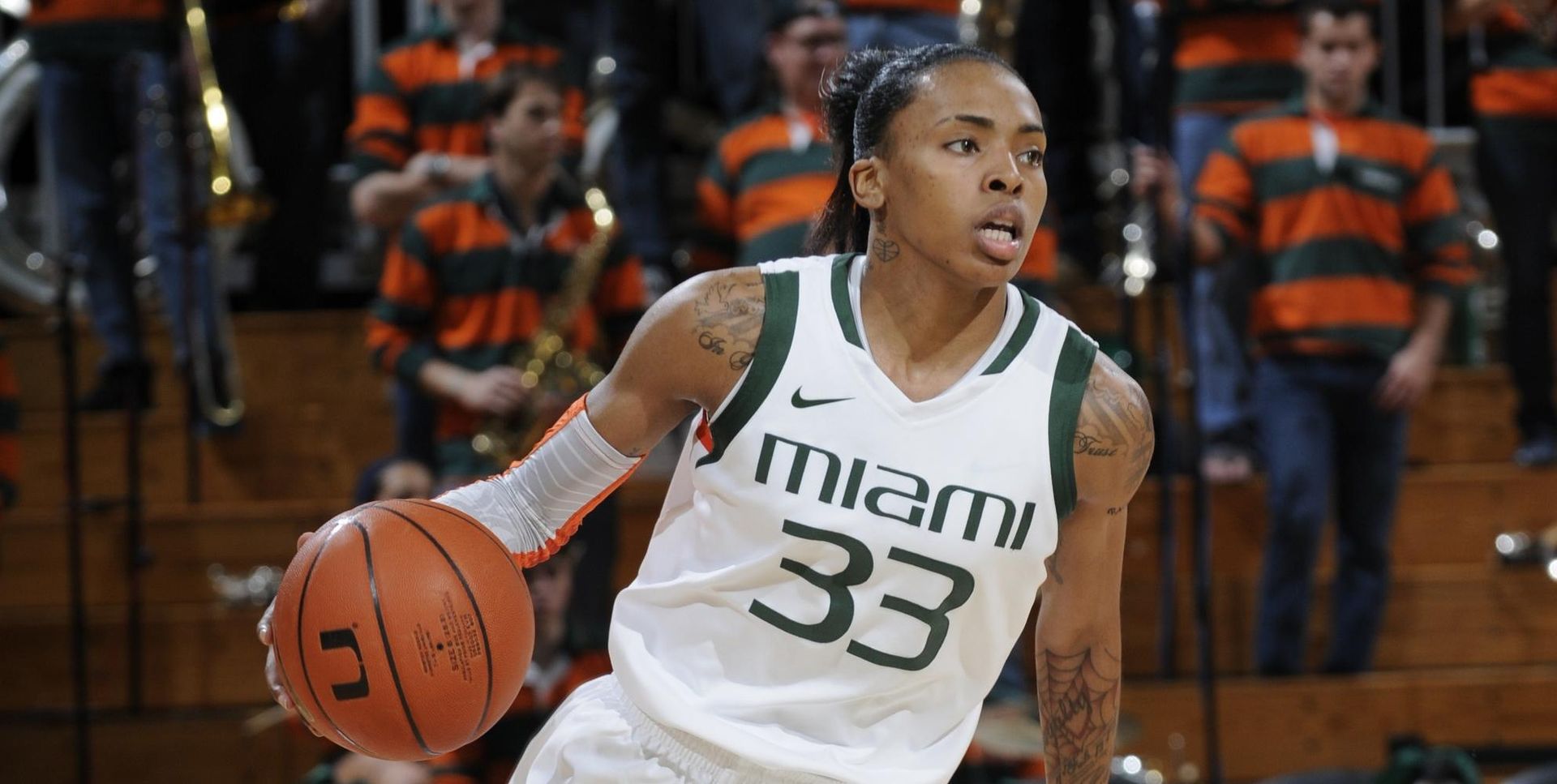 As Meier and her staff begin their ninth year at the helm in Coral Gables, the Hurricanes begin the quest for their fifth consecutive 20-win season and fourth straight NCAA postseason berth.

The 2013-14 roster features five newcomers, including three freshmen—Adrienne Motley, Jessica Thomas and Nigia Greene — and two juniors —Jassany Williams and Necole Sterling. Williams came to Miami from Auburn after the 2012 season and will play her first game for the Hurricanes this season. Sterling, a Los Angeles native, joins the Hurricanes after two years at Gulf Coast Community College.

The Hurricanes participated in the first session of the day from 8:45 a.m. to 11:30 a.m., making stops for segments with Fox Sports, ACC Digital Network, Raycom, and with ESPN’s Debbie Antontelli.

To follow the Canes as they make their rounds In Greensboro, be sure to follow @MiamiWBB on Twitter, where pictures and notes will be posted throughout the day.

Coaches Preseason Player of the Year