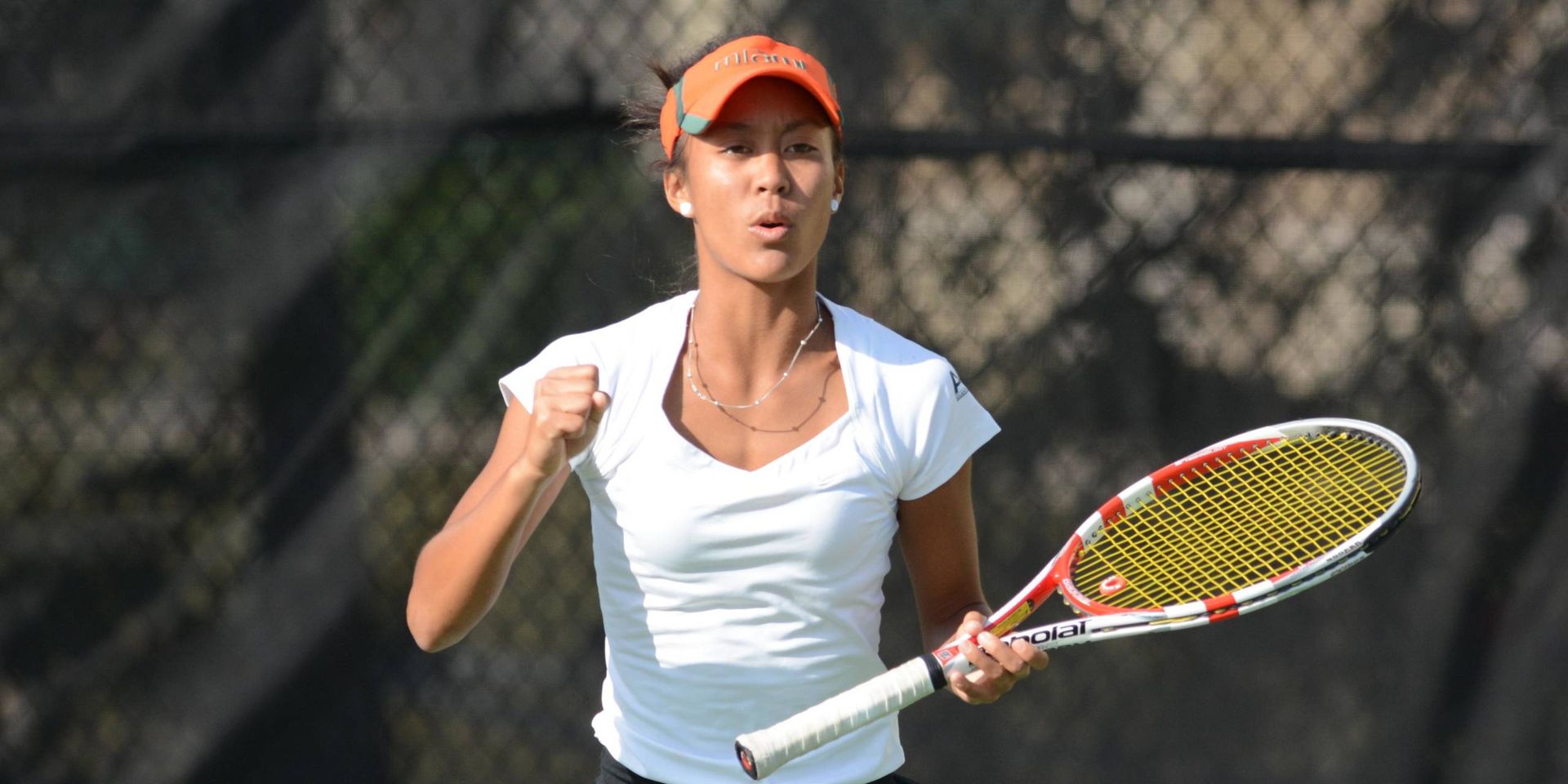 No. 54 Laurente Advances to Singles Final

“Monique, Kelsey and Stephanie were warriors today,” head coach Paige Yaroshuk-Tews said. “They competed well, and were really coachable throughout the day.”

In her first match, No. 54 Laurente battled to a 7-5, 4-6, 6-3 win over Ratnika Batra of the University of Texas. Advancing to the blue singles semifinals, Laurente then cruised through Alabama’s Erin Routliffe in straight sets, winning 6-0, 6-4.

No. 52 Stephanie Wagner won her first singles match against 99th-ranked Maria Belaya of William & Mary. Wagner breezed through in two sets, 6-3, 6-3. Matched up against Florida’s No. 16 Sofie Oyen in the black singles semifinals, Wagner was defeated in three sets, 6-3, 7-5, 6-2.

Monique Albuquerque won both of her singles matches in the day. Facing Furman’s Blair Martin in the white singles consolation quarterfinals, Albuquerque prevailed 6-0, 6-0. In the next round, she followed it up with a 6-2, 6-2 win against Alabama’s Carmen Bianco.

No. 69 Clementina Riobueno dropped both of her singles matches on the day, losing to No. 108 Anna Mamalot in the white singles consolation quarterfinals. In her second match, Riobueno fell in a hard-fought match to Iris Verboven of Ole Miss by a score of 7-6, 6-4.

“For Riobueno and Albuquerque, this is their first fall competing, so we are learning a lot,” Yaroshuk-Tews added. “Albuquerque turned a little corner today, and I’m really happy for her.”

On the doubles end, Albuquerque and Riobueno came up just short in the doubles final. The 27th-ranked Miami duo fell 8-2 to 7th-ranked Belaya and Jeltje Loomans from William & Mary.

The Hurricanes doubles pair consisting of No. 52 Laurente and Wagner defeated William & Mary’s Leeza Nemchinov and Nabila Farah by a score of 8-3.

The Canes will continue play tomorrow in day three of the tournament. Laurente will play in the singles final of the blue bracket at 9 a.m. against No. 33 Whitney Kay of North Carolina, and Albuquerque will take on Danielle Spielmann of Alabama in the consolation final. Also at 9 a.m., Wagner will face Erin Stephens (Ole Miss), and Riobueno will play Blair Martin (Furman).