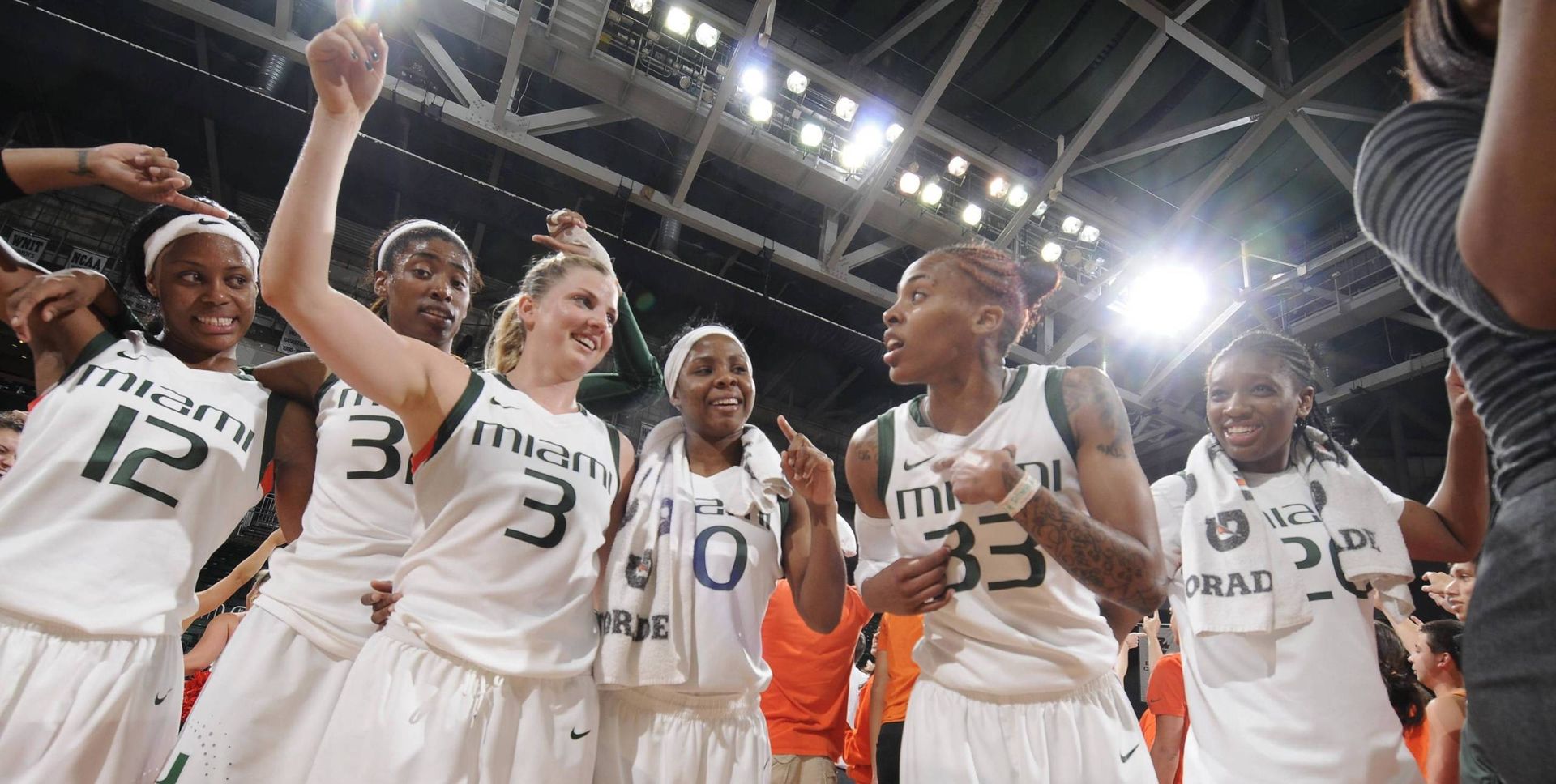 “I think it’s quite obvious we’re playing in the best conference in the country, in regards to women’s basketball,” head coach Katie Meier said. “The schedule that we received could be daunting if you’ve not had some experience in the ACC and had success in the conference.”

The Hurricanes will play two games on ESPN3 and five others on regional network broadcasts.

Meier’s squad, who made the NCAA tournament for the third consecutive season in 2012-13, will face six teams in ACC play that participated in the NCAA Tournament last spring.

“You look at the teams and the new additions with Pitt, Syracuse, and Notre Dame, all bringing postseason pedigrees, and you’re adding a Final Four team (Notre Dame) to the conference along with our other Final Four teams.”

The Hurricanes open up their 16-game conference schedule on Jan. 4, traveling to Winston-Salem, N.C., to take on Wake Forest and Miami’s first home conference matchup will be on Thursday, Jan. 9 against Florida State.

The Canes then hit the road for two consecutive road games, visiting Blacksburg, Va. on Jan. 12 to take on Virginia Tech and Chestnut Hill, Mass., for a game against Boston College.

Miami will face Duke and North Carolina in a four-day stretch, hosting the Blue Devils at the BankUnited Center on Jan. 30 and on the road against UNC on Feb. 2.

“There’s a couple of stretches there where you could potentially be playing three Top 10 teams in a row,” Meier added, “That’s what you want and that’s what we’re excited about. We hope to be one of those teams as well this year.”

The Canes will be nine games into ACC play before they have consecutive home games. Miami will host Georgia Tech on Feb. 9 and Maryland on Feb. 13.

The Hurricanes play their second ESPN3 televised game when they travel to the state’s capital for a rematch against Florida State.

On Feb. 20 Miami welcomes ACC newcomer Syracuse to the BankUnited Center and on Feb. 23 will play host to Wake Forest. The Canes’ final regular season road contest falls on Feb. 27 at Virginia before the team returns home for its conference finale, a Mar. 2 contest against another ACC newcomer, Pittsburgh.

“I love the ACC,” Meier said.  “I love the commitment to academics when you read off the names of the institutions you’re playing. I just think the combination of the academic reputation and the success of women’s basketball, more than half the league will be ranked in the Top 25 when the season begins. Just a great conference and we’re really excited about the schedule.”