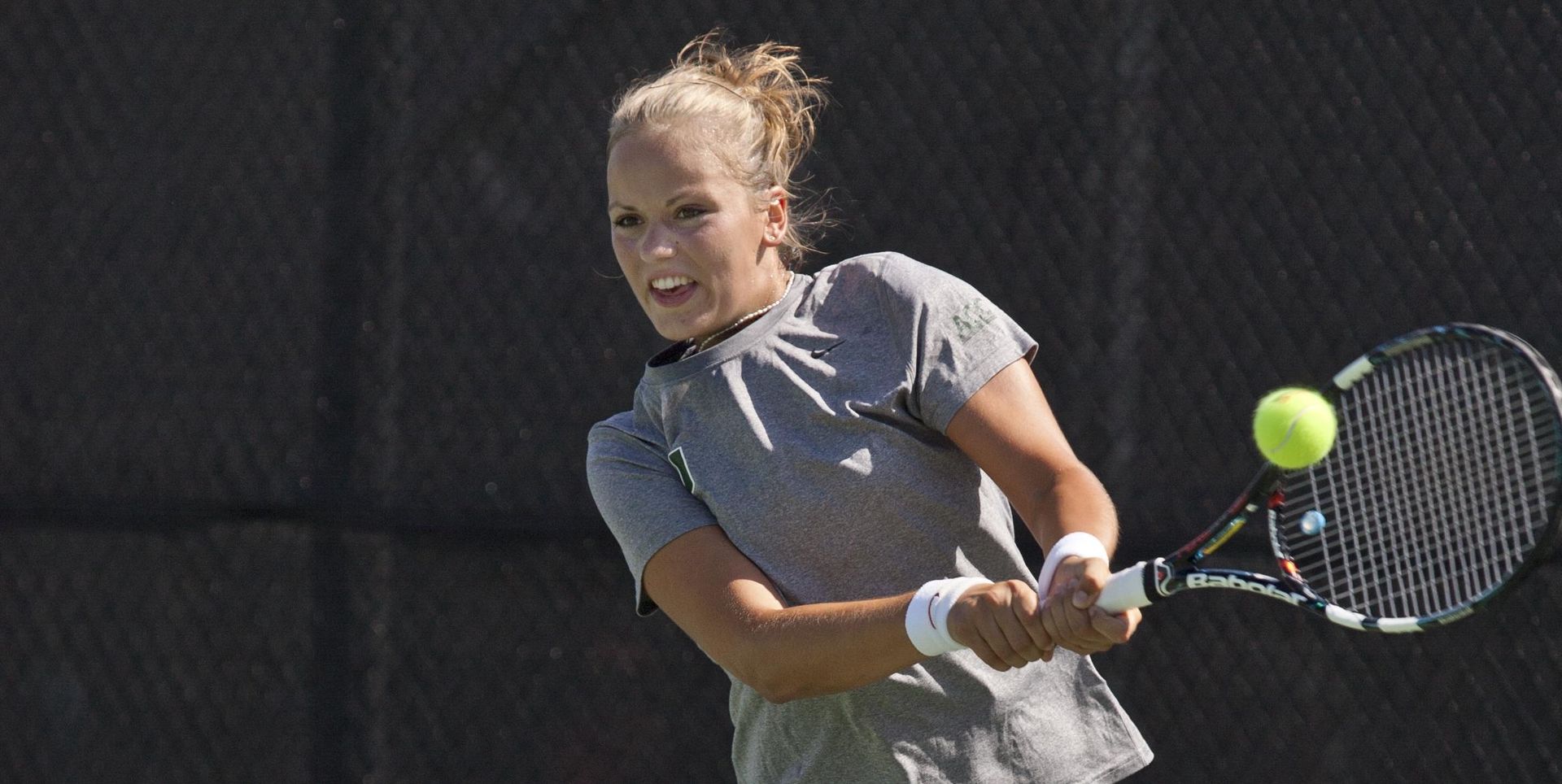 WACO, Texas – Great teams are able to win in tough environments and the 10th-ranked University of Miami women’s tennis team is no exception, downing No. 29 Baylor, 4-3, Saturday at the Hurd Tennis Center. The Hurricanes improve to 10-3 on the season.

Head coach Paige Yaroshuk-Tews is impressed with the way her team handled its busy weekend against tough opposition on the road.

“Taking down Texas and Baylor on their home turf isn’t an easy feat,” Yaroshuk-Tews said. “I am impressed with the progress we have made lately. It is exciting to be coaching this group because we still have so much improvement to make.”

The Hurricanes started the match with a solid performance in doubles competition. Miami’s No. 3 doubles duo of Clementina Riobueno and Monique Albuquerque cruised to a quick 8-2 victory over Alex Clay and Alex Leatu to get things started.  The Hurricanes clicnhed the doubles point on court two as Kelsey Laurente and Melissa Bolivar battled to an 8-5 win over Kiah Generette and Jordaan Sanford.

Singles play saw No. 116 Clemintina Riobueno shine from the fifth position, breezing to a 6-3, 6-2 over Maria Biryukova to give Miami the 2-0 advantage. No. 100 Stephanie Wagner, playing No. 3 singles, gave Miami a 3-0 cushion with her lopsided 6-2, 6-2 victory over Kiah Generette.

Miami got its match-clinching point from court six as Melissa Bolivar downed Alex Leatu 6-1, 7-6. The two remaining matches, however, went in the way of the home team.

Coach Yaroshuk-Tews is pleased with the way her players are carrying over their hard work in practice to the matches.

“The team is realizing that working hard during the week is only the first step,” Yaroshuk-Tews explained. “Next, you need to show up and fight your tail off.  We were successful in that regard this weekend.

“It was also a great job by our coaches this weekend, truly a team effort. We are beginning to function as a true unit.”

Miami will return home for a match against Brown on Wednesday, March 27 at 5 p.m. at the Neil Schiff Tennis Center.