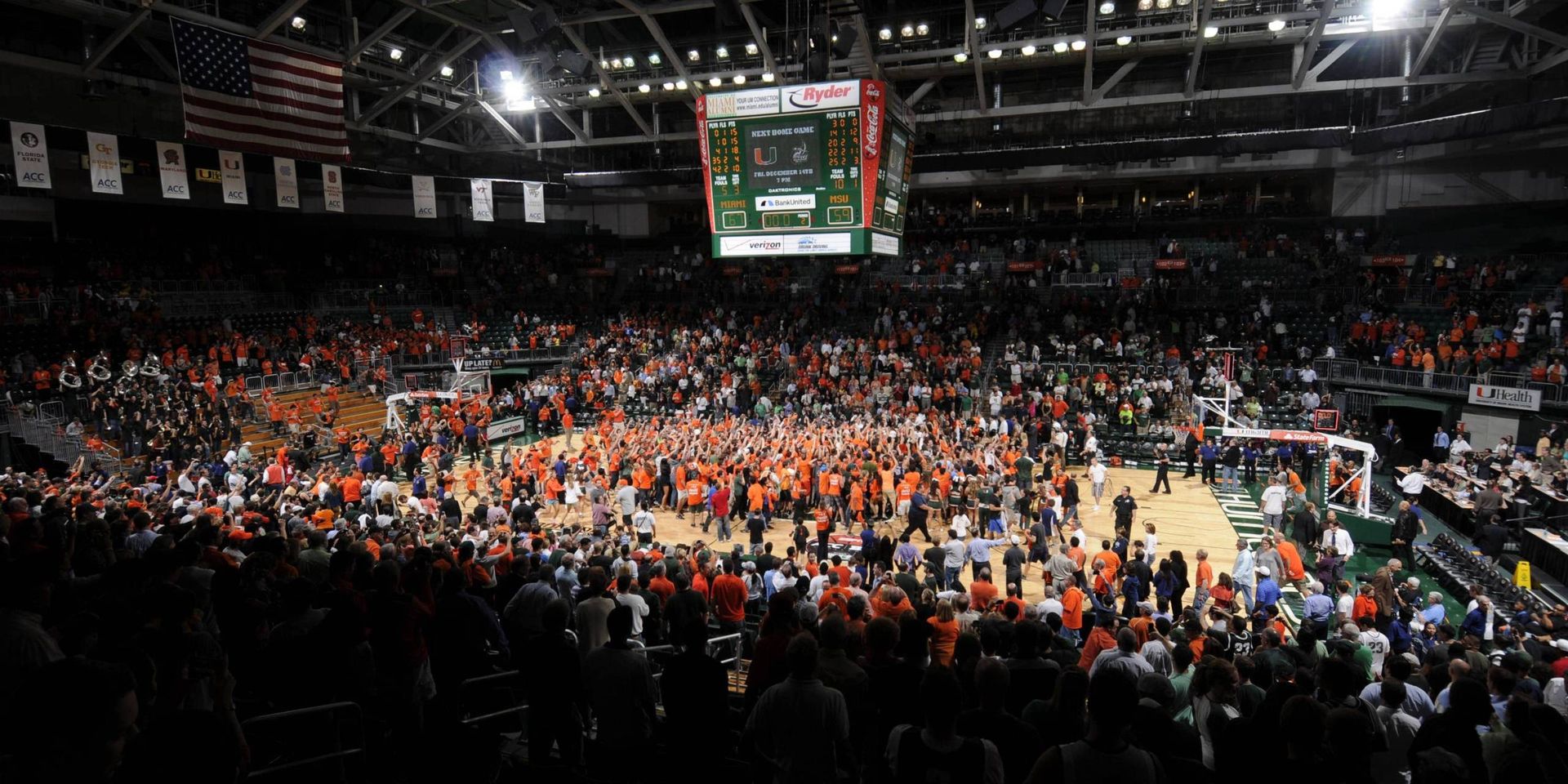 Miami’s men’s and women’s basketball teams advanced to the NCAA tournament in the same season for only the second time in school history (1998).

Fresh off claiming their first ACC Tournament championship, head coach Jim Larranaga and his Canes (27-6), a No. 2 seed in the East Region, will face No. 15 seed Pacific at 2:10 p.m. ET Friday on TNT.