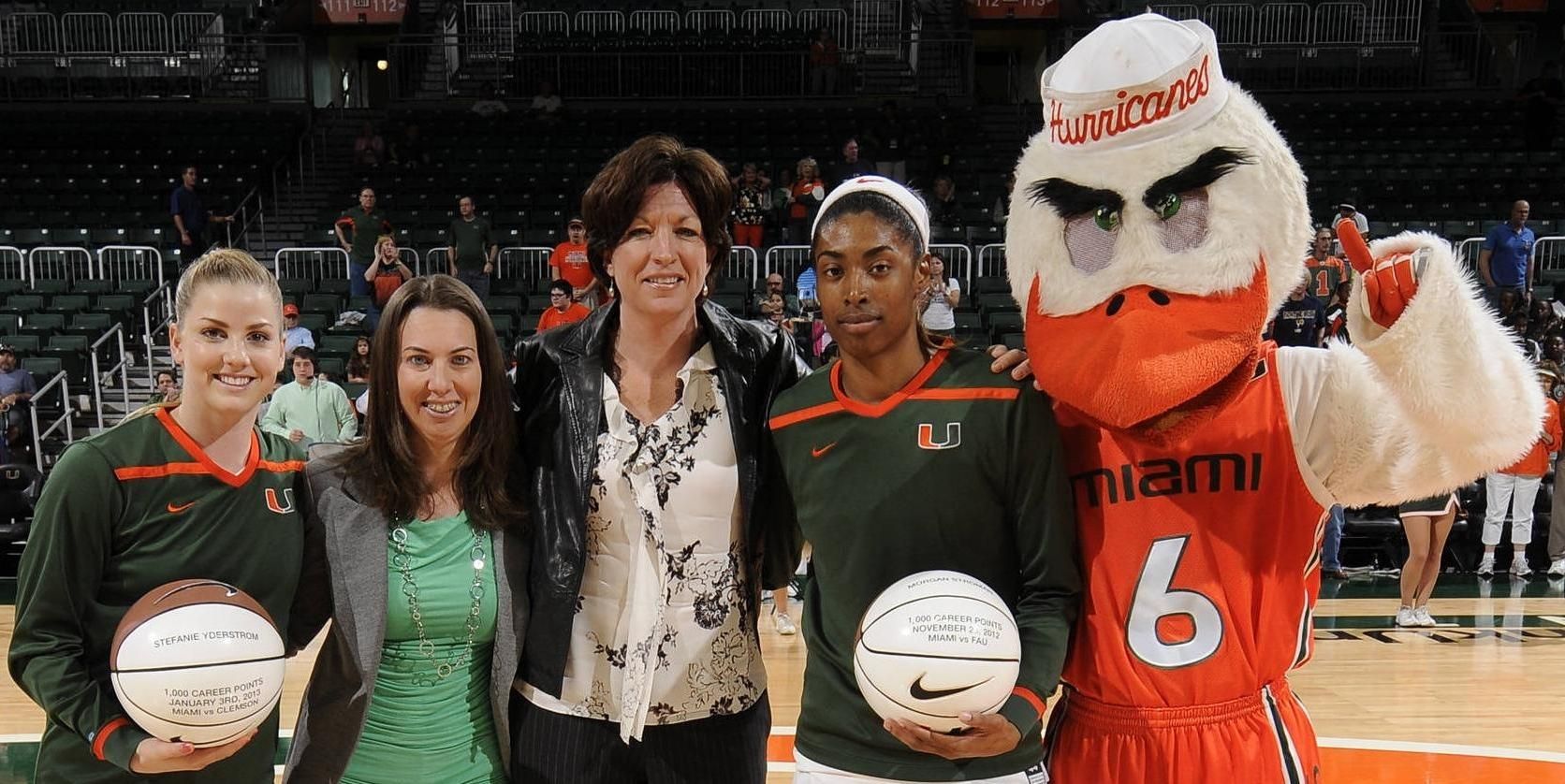 “Morganand Stefanie have been an integral part in the revival of this Miami program,”said UM Head Coach Katie Meier. “Their tenure here has produced the mostsignificant wins in this program’s history and our highest ranking. I am sohappy the ACC coaches recognized their significant impact.”

The2008 McDonald’s All-American has been outstanding on the court after missingthe second half of last season with an Achilles’ tear. Stroman returned betterthan ever and will leave Miami in the Top 10 of several statistical categories,including rebounds, blocks and steals.

“Morganhas to be the comeback player of the year,” added Meier. “Her resiliency anddetermination after a devastating injury has been inspirational. The fact thather comeback culminates in a First Team All-ACC award is just amazing.”

BothYderstrom and Stroman surpassed the 1,000-point plateau earlier this season.

Yderstromhas reached double-figure scoring in 20 games this season and leads the Caneswith 57 made three-pointers. She has been nearly flawless from the free throwline as well. Her .890 percentage is the best in the ACC and in conferenceplay, that percentage jumped to .925. The Ostertalje, Sweden native has started104 straight games, leads Miami with 2.4 assists per game and is second inscoring at 12.3 points per game.

InFebruary, it was announced that Yderstrom was awarded the 2013 ACCPost-Graduate Scholarship as well as being named to the 2013 Capital OneAcademic All-District Team.

TheBlue Ribbon Panel First and Second Teams were voted on by the league’s BlueRibbon Panel, which consists of national and local media members, as well asschool representatives, while the Head Coaches Honors consist of votes from theleague’s head coaches.

TheACC All-Freshman Teams and Rookie of the Year as selected by both the BlueRibbon Panel and the Head Coaches will be announced Tuesday, March 5.

The36th Annual ACC Women’s Basketball Tournament tips off at 11 a.m. ET on Thursday,March 7, and will conclude with a 2 p.m. championship contest on Sunday, March10. The title game will be televised on ESPN2. All 10 games on Thursday, Fridayand Saturday will be broadcast on the league’s regional sports network (RSN).The entire tournament can also be seen on ESPN3 and WatchESPN.

Sixth Player of the Year