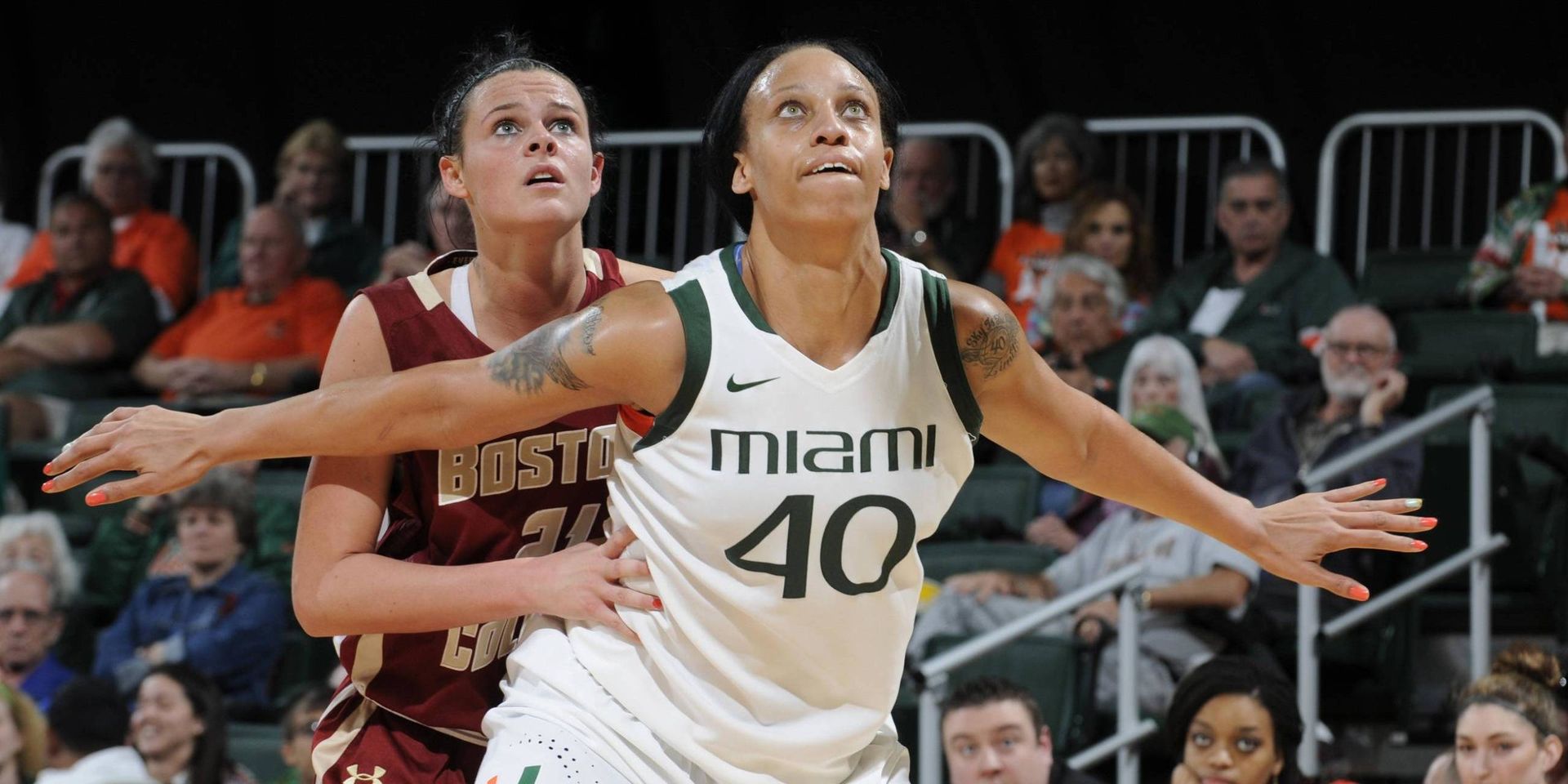 GREENSBORO, N.C.  – Miami’sShawnice “Pepper” Wilson has been named the Atlantic Coast Conference Women’sBasketball Player of the Week as announced Monday by the conference office andvoted on by the Blue Ribbon Panel.

Wilsonclosed out her regular season career with arguable the best week of her career.The senior led Miami to its first-ever win over Duke on Senior Night. Her 16points and 12 rebounds were good for her third consecutive double-double.

TheCanes had previously been 0-10 all-time against the Blue Devils. The fourth-rankedDuke team was the highest ranked opponent Miami has ever defeated.

Theweekly award is a first for Wilson at Miami. She was named the ACCAll-Tournament Second Team at last season’s ACC Championships.

The Hurricanes ended the regular season tied for fourthplace in the conference standings, winning four of five games. UM will faceVirginia Tech in the ACC Tournament’s first round on Thursday at 11 a.m. fromthe Greensboro Coliseum.