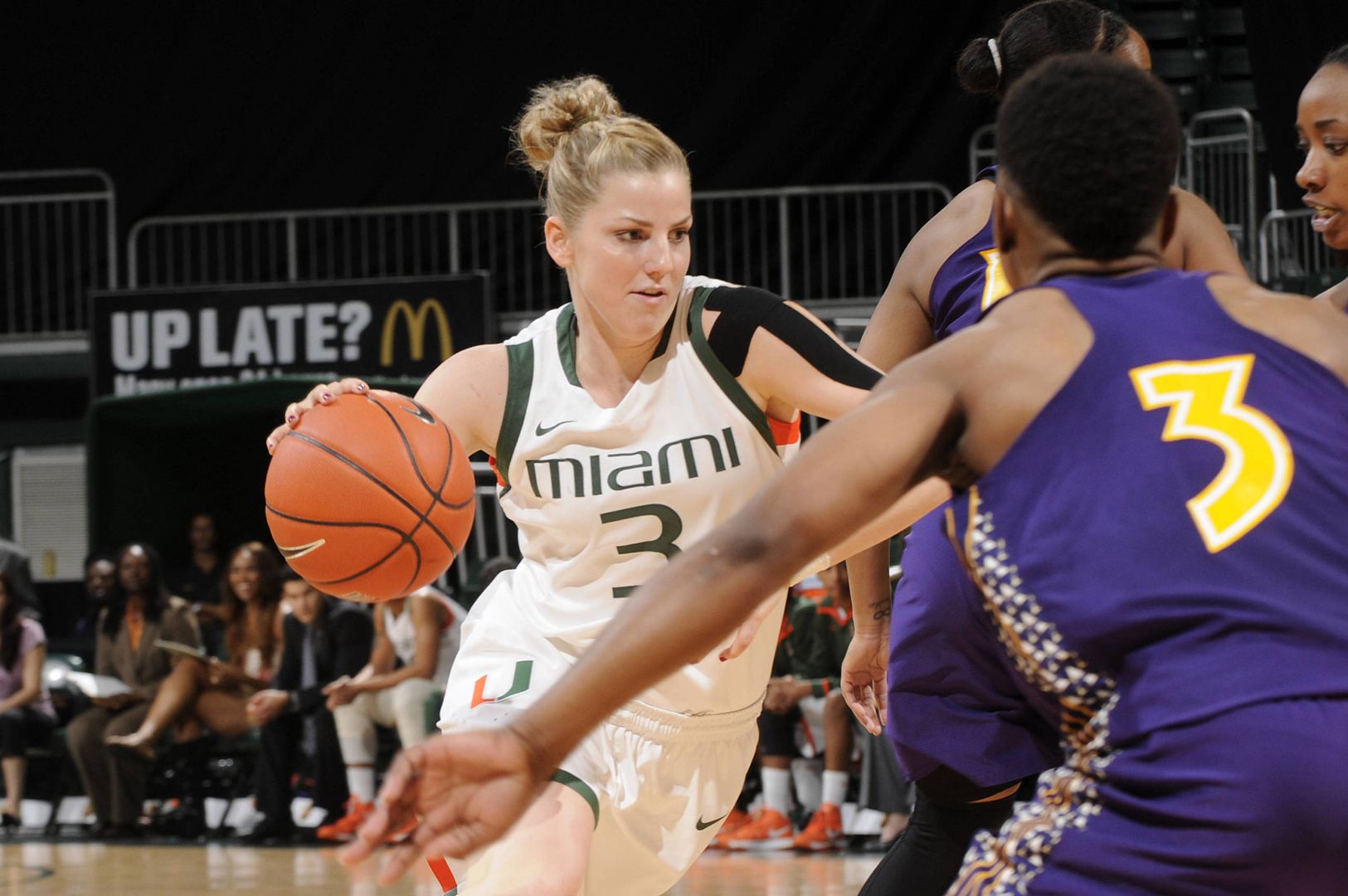 Yderstrom has been climbing her way up the Miami careerrankings this season and currently ranks 16th all-time at UM incareer points (1,168) and 2nd all-time in career three-pointers (219). She isalso the program’s career leader in free throw percentage at .860 and hasstarted 102 consecutive games.

She has scored in double figures in 18 games this seasonwith a season-high 21 points against NC State. She also tied her career highwith seven assists in the win over then No. 6 Penn State.

Yderstrom, a native of Ostertalje, Sweden, earns the honorfor the first time. She is a sport administration major and currently holds a3.37 cumulative grade-point average.

The2012-13 Capital One Academic All-District Women’s Basketball Teams, selected bythe College Sports Information Directors of America, have been released to recognizethe nation’s top student-athletes for their combined performances athletically andin the classroom. Capital One has been the entitlement rights holder to CoSIDA’sAcademic All-America teams programs since 2011.