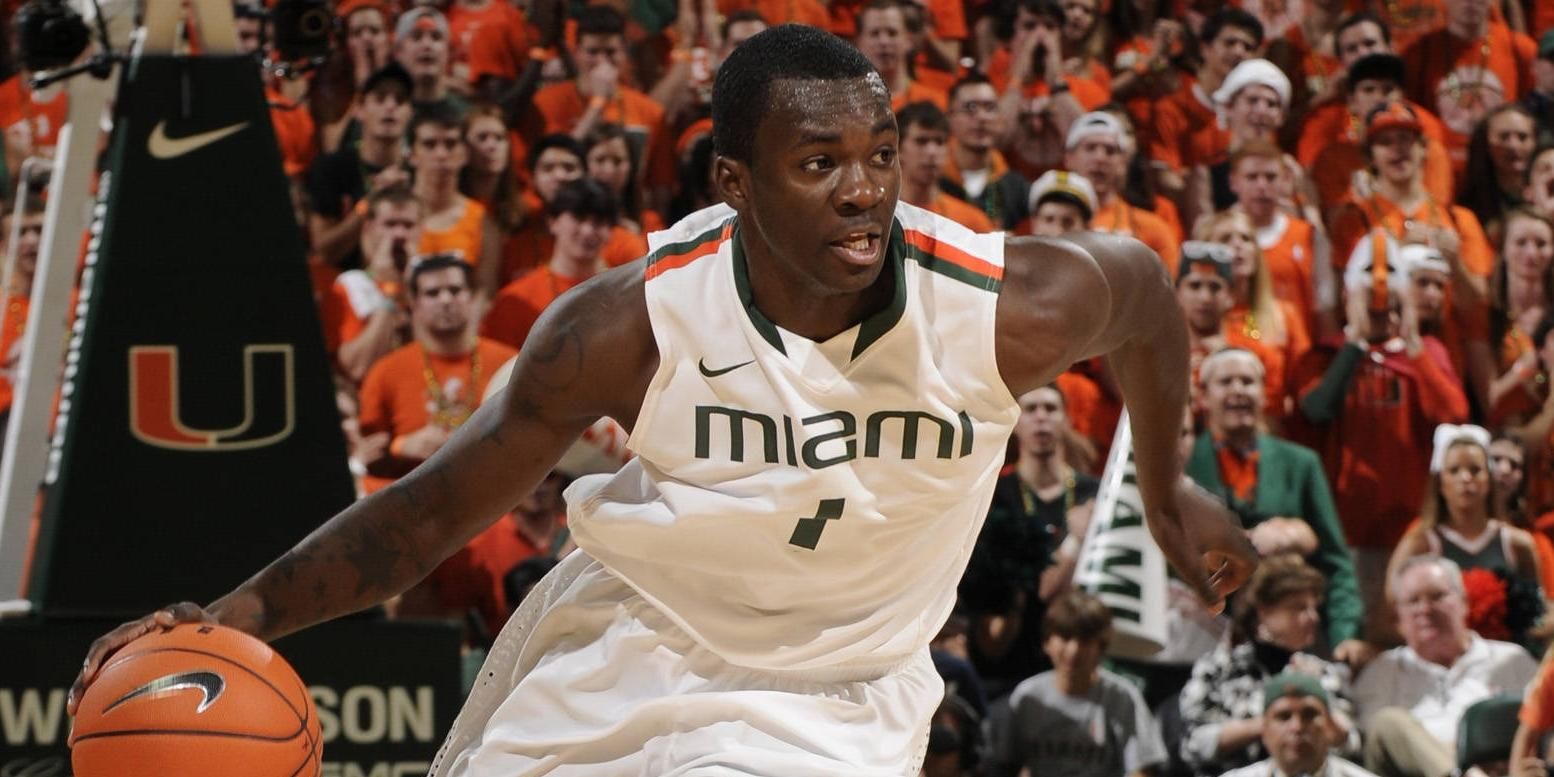 Codi Miler-McIntyre added 15 points while Harris was 5 for 5 from 3-point range to lead the Demon Deacons (12-14, 5-9 Atlantic Coast Conference).

They shot 54 percent, led by double figures for the entire second half and reeled off 12 straight points to pull away for their biggest victory under third-year coach Jeff Bzdelik.

Durand Scott had all 17 of his points in the second half for the Hurricanes (22-4, 13-1), the last of the schools in the six BCS conferences to get its first league loss.

Shane Larkin added 13 points, Trey McKinney Jones had 11 and Kenny Kadji finished with 10, but Miami was outrebounded 36-35 by the younger, smaller Demon Deacons.

Still, the Hurricanes clawed back into the game with an 18-8 run that started late in the first half and ended on Scott’s jumper with 14 1/2 minutes left that made it 46-41.

He added a layup 2 minutes later to pull Miami to 50-45, and it looked as if the Hurricanes were going to find a way to keep their charmed run rolling.

But two possessions later, Harris turned a turnover into a fast-break dunk that started a 12-0 run that put the Demon Deacons on the fast track to their biggest victory since they knocked off then-No. 1 Duke four years ago when they were in the top five themselves.

As the final seconds ticked away, Harris and Travis McKie – two of the three available non-freshmen on scholarship – exchanged a flying chest-bump before the Wake Forest students rushed the court for the second time in little over a month.

After that last run, Miami didn’t get closer than 11 while Wake Forest pulled away late to bring a surprisingly lopsided end to the best start to ACC play since the 1998-99 Duke team went 16-0 in the league.

McKie finished with 10 rebounds and five blocked shots for the Demon Deacons, who – after two years of being one of the ACC’s worst teams – have transformed themselves into a tough out in home conference games.

They improved to 5-2 against ACC foes at Joel Coliseum. The losses – to Duke and Georgia Tech – are by a combined six points.

They thoroughly outplayed the Hurricanes from start to finish, hitting shots from all over the court against a Miami team that was perhaps fatigued after gutting out its last three wins by a combined 12 points.

Harris hit three 3-pointers during a 2-minute stretch of a 28-8 run that put Wake Forest up 19 on the Hurricanes – who hadn’t trailed by more than 13 in any ACC game.

Arnaud William Adala Moto’s fast-break layup with just over a minute before the break put the Demon Deacons up 42-23.

The Hurricanes have scored less than 70 points in three straight games after scoring 70 or more points in their previous seven games Miami is 6-9 in the all-time series against Wake Forest, including a 1-7 mark on the road.

Rion Brown, who finished the game with six rebounds, was one shy of his season-high of seven, which he recorded against Jacksonville on Nov. 16, 2012.

All nine Hurricanes who played in today’s game recorded at least two points and two rebounds.