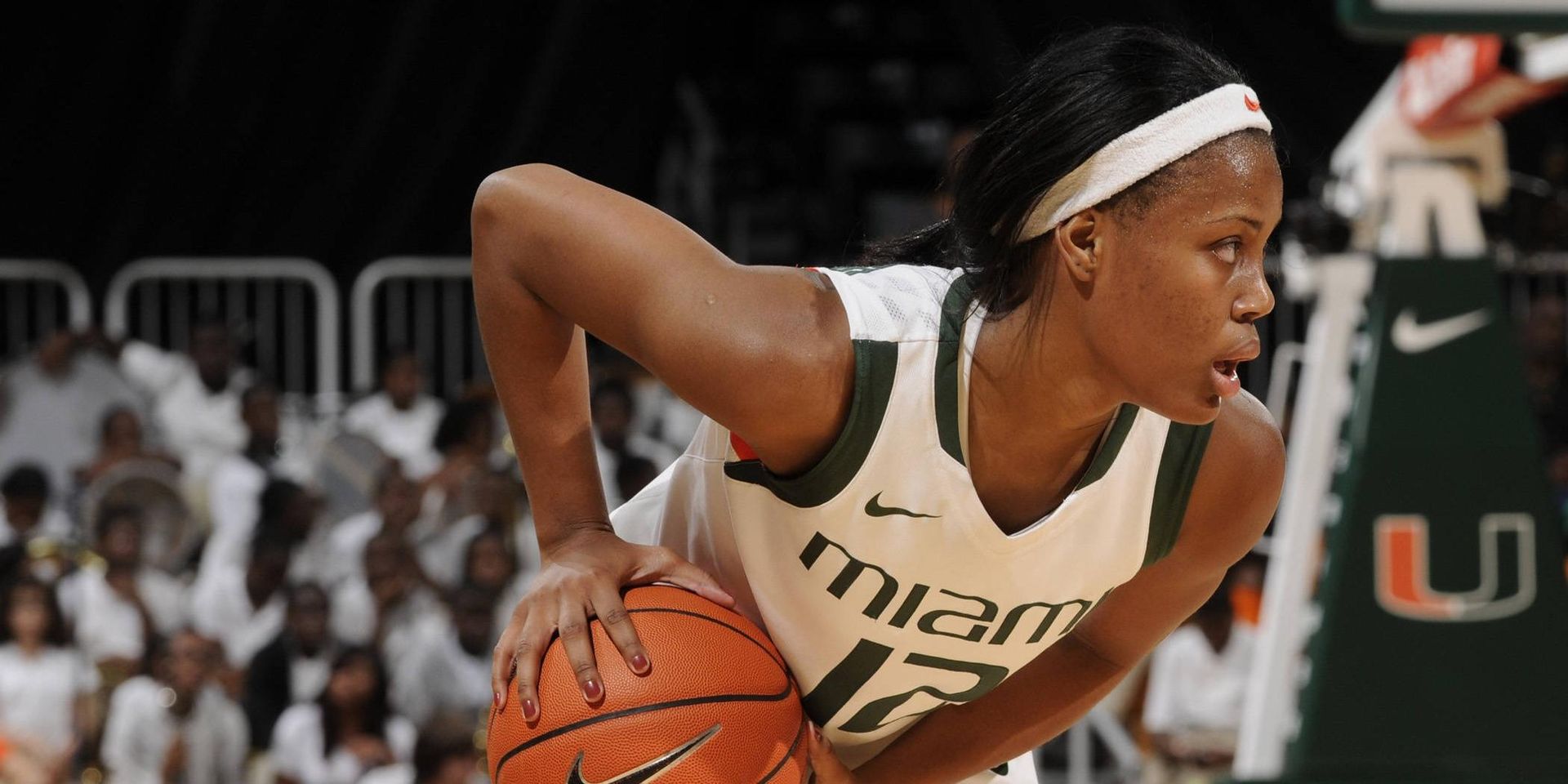 CANES SET FOR ROAD CLASH WITH NC STATE
• The last meeting between Miami and NC State ended in a 79-53 victory for the Canes earlier this season on Dec. 20.
• In that game, Stefanie Yderstrom scored 21 points while hitting all eight of her free throws.
• Also in that game, Miami won the rebounding advantage 51-40 and shot 44.8 percent from the field while NC State shot 27.4 percent.
• The Wolfpack are coming off a 79-70 loss to Georgia Tech on Feb. 17.
• Myisha Goodwin-Coleman scored a career-high 30 points in the Georgia Tech loss.
• Kody Burke leads the Wolfpack in scoring with 14.0 ppg, followed by Marissa Kastanek with 13.0 ppg.
• NC State has a 9-6 record all-time against Miami, but the Hurricanes have won the last five meetings.

LAST TIME OUT
• Miami defeated Boston College, 78-53, on Feb. 17.
• Five players reached double figure scoring for just the second time on the season. It was the first time that all five starters reached double figures.
• Morgan Stroman and Shawnice Johnson led the team with 17 points.
• Wilson and Keyona Hayes led UM with 9 rebounds.

THE HURRICANES’ RESUME
• 17-8 overall record. 8-6 in ACC play.
• Currently No. 55 in NCAA RPI.
• Six of eight losses have come to teams with an RPI of 20 or better. Other two losses are at Rutgers (RPI – 58) and at Virginia (RPI – 68).
• According to RealTimeRPI.com a great win over Penn State (RPI – 6) and good wins over Davidson (RPI – 90), Virginia (RPI – 68) and Georgia Tech (RPI – 78).
• Conference rankings according to RealTimeRPI.com and WarrenNolen.com (Big 12, Big Ten, Big East, SEC, ACC).
• The ACC won the ACC/Big Ten Challenge, 7-5, this season. Currently, the Big Ten is rated as the second best conference. Miami went 2-0 over Big Ten teams this season (Penn State, Wisconsin).
• An 11 seed in ESPN Bracketology.
• An 8 seed in College Sports Madness Bracketology.
• A No. 3 seed in each of the last two NCAA Tournaments.
• No bad losses according to RealTimeRPI.com.
• Suffered through a four-game stretch (at No. 10 Maryland, at No. 18 FSU, vs. No. 11 UNC, at Wake Forest) when flu hit the team/coaches/support staff.

BIG-TIME TEAM ON THE SMALL SCREEN
• 10 regular season games to be televised this season.
• Miami vs. Georgia Tech on Feb. 24 will be the 10th TV game of the season.

PEPPER TOO HOT FOR NC STATE TO HANDLE
• Shawnice “Pepper” Wilson has faced NC State 3 times since transferring to UM after her sophomore season.
• Averaged 11.3 points and 14 rebounds in those games.
•Then career-best 17 points and 17 rebounds at NC State as a junior.
•On the season, has reached double figure scoring in 11 games and double-digit rebounds in seven.

MEIER ENTERS EIGHTH SEASON AT MIAMI
• Katie Meier and her staff are in their 8th year at the helm in Coral Gables.
• UM advanced to the NCAA tournament 2nd round for the 2nd consecutive season in 2012
• Canes finished 2nd in ACC with a 14-2 record in 2011-12
• Miami finished with a 26-6 record.
• Three straight 20-win seasons for Meier, on the way to fourth.
• Meier has been named the head coach of the 2013 USA U19 team that will compete in the FIBA World Championships.

UM CLASS RANKED 11TH
• 3 high school standouts, Adrienne Motley (Newport News, Va.), Nigia Greene (Atlanta, Ga.) and Jessica Thomas (Gainesville, Fla.), each signed with the Canes.
• The trio will join the Hurricanes for the 2013-14 academic year.
• Motley, a 5-9 guard from Woodside High, ranked No. 27 overall prospect and 7th best PG in the nation by ESPN HoopGurlz.
• Greene is a 4-star prospect according to ESPN HoopGurlz. Ranked No. 41 overall, and the 9th-best guard in the nation.
• Thomas ranked 48th best PG in nation by ESPN HoopGurlz. In 2011, the 5-6 guard led the Buchholz High to semifinals of the Florida Girls State Basketball Playoffs.
• Younger sister of Hurricane legend Lamar Thomas.
• All three members incoming class have been nominated to play in the 2013 McDonald’s All-American Game.
• Motley was one of 20 players named a 2013 WBCA High School All-America honorable mention.