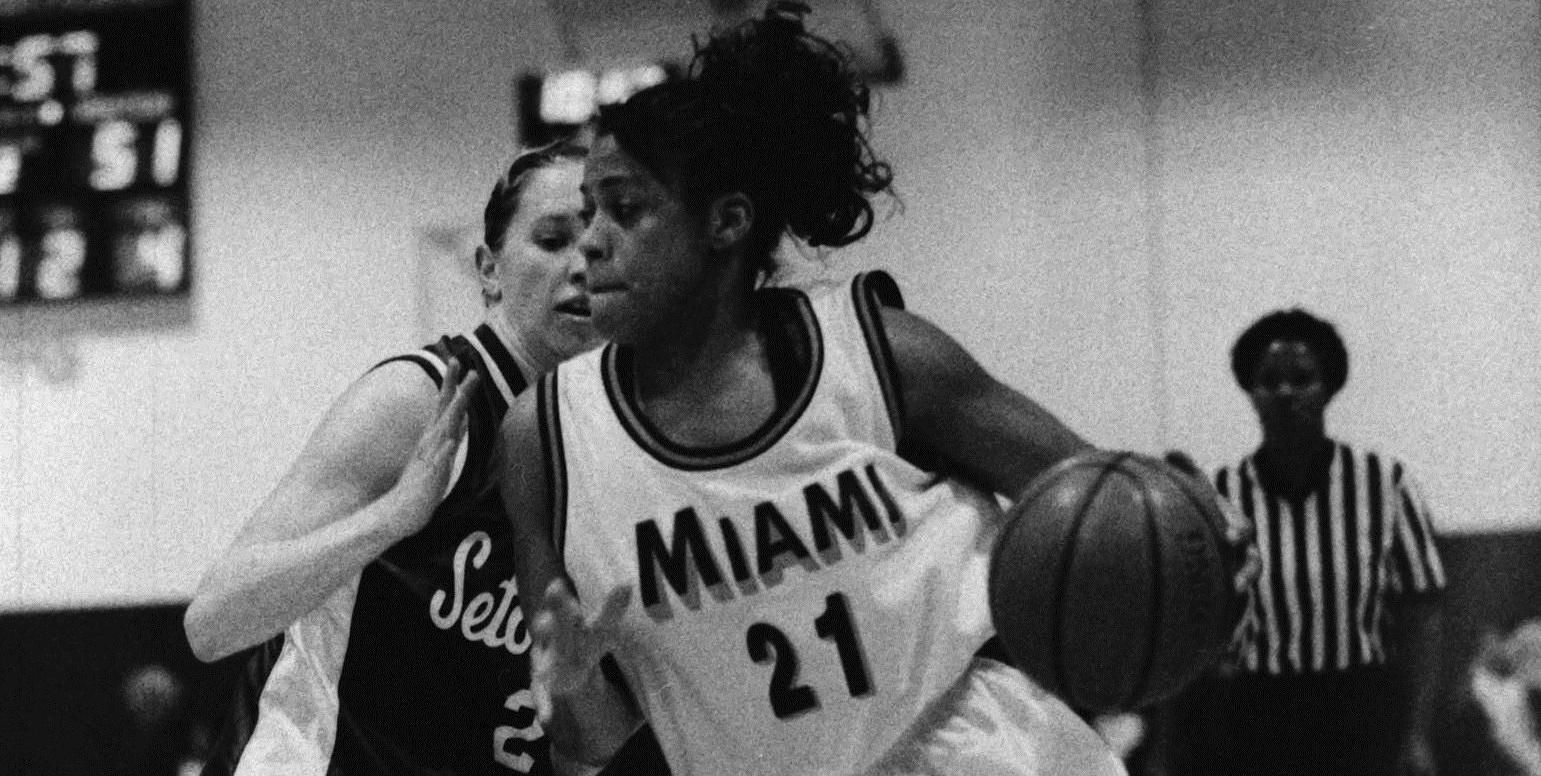 Incelebration of Black History Month, HurricaneSports.comwill highlight several African-American student-athletes that left their markon the University of Miami. Our next profile focuses on one of the greatest 3-point shooters in women’s basketball program history, Desma Thomas Bateast.

Her basketball journey has come full-circle.

What began as a prep standout at American High School in Hialeah for Desma Thomas Bateast continued with a solid four-year career at the University of Miami. After a professional career and a few coaching stops, Thomas Bateast is back in South Florida as an assistant coach at FIU.

At ‘The U’, she played for UM Sports Hall of Fame coach Fern Labati and was a freshman on Miami’s 1992-93 BIG EAST Conference regular-season and tournament champions.

A four-year letterwinner, she was the program’s all-time leader in 3-point field goals made and attempted when she left UM. While she now ranks third in 3FGM and fourth in 3FGA, her 1,284 career points rank 13th all-time. She still holds the school single-game records for free throws made (18) and attempted (22) set Feb. 3, 1996, against St. John’s.

Away from the court, Thomas Bateast was the community spokesperson for the UM athletic department’s “Join a Team, Not a Gang” program.

After graduating from Miami in 1997 with a bachelor’s degree in business administration for sport management, she signed with the WNBA’s Phoenix Mercury in 1997 and later played in Italy, Sweden and Turkey before returning to the U.S. in 2002 to play for the NWBL’s Birmingham Power.

Following her playing career, Thomas Bateast entered the coaching ranks as an assistant for two seasons at Dillard University in New Orleans. She helped lead the Lady Bleu Devils to back-to-back Gulf Coast Athletic Conference tournament titles. She then jumped to Rhode Island, spending two seasons as an assistant coach. While at URI, the Rams posted a second-place finish in the Atlantic 10 Conference East Division in 2004-05, the program’s best finish since 1995-96.

Since then, Thomas Bateast has spent the last seven seasons in Miami as an assistant coach at FIU. In 2011-12, she helped lead FIU to its first 20-win campaign in the last 10 years as the Panthers earned a Postseason WNIT at-large bid – their first postseason appearance since 2005-06. She has also aided in developing SBC Player of the Year and AP All-America guard Jerica Coley.

Thomas Bateast and her husband Wil reside in Miami with their two children: daughter Kayla Lee and son Keion.