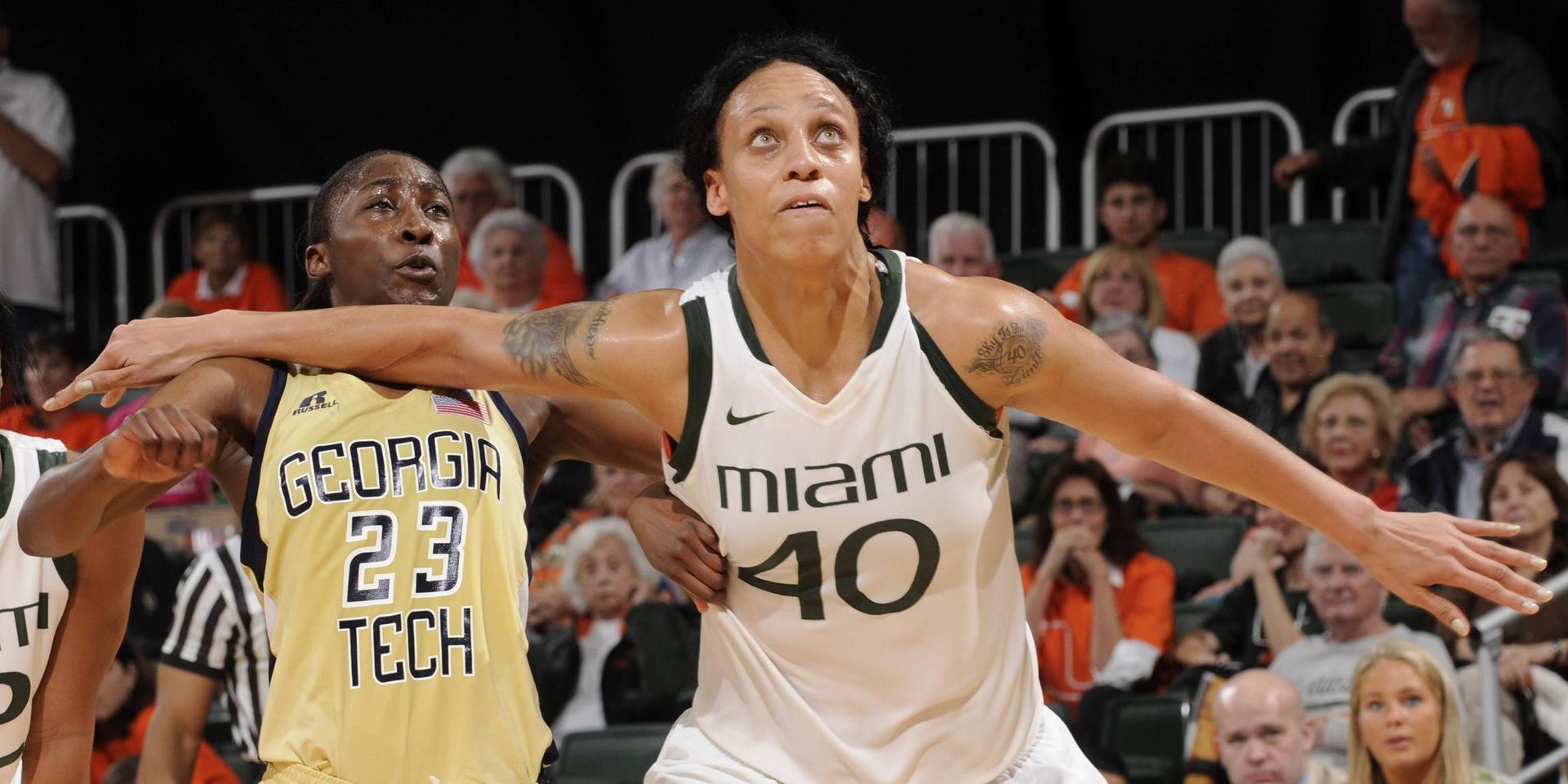 It was the first time since Dec. 20 against NC State thatfive Canes hit double digits and is Miami’s largest margin of victory since thesame game.

“The restshowed in our hustle and play,” said head coach Katie Meier. “We had to play defensefor 40 minutes.”

“This gamechallenged me,” said Wilson. “I felt I was out there proving myself to my coachand my team.”

Suriya McGuire won the tip and opened scoring for the Caneswith a jumper. She finished the night with 12 points and four rebounds.

It was a tight game early in the first half. Boston Collegetook a 9-7 lead on a fast break layup by junior guard Tessah Holt (nine points,three rebounds, three assists), but after McGuire knotted the score with alayup of her own, the Eagles found themselves playing from behind for theremainder of the game.

Stefanie Yderstrom (10 points, four assists, four steals) didn’tscore until midway through the first half, but followed her first jumper upwith a steal, handing it off to Keyona Hayes. Hayes (seven points, ninerebounds) hit her fast break layup to give the Canes a 17-13 lead with 11:27 remainingin the first.

BC fought the lead down to one, but several missed shots anda timely three-pointer by Krystal Saunders allowed Miami the chance to stretchthe lead to 13. Saunders finished with 11 points and four rebounds.

“I reallythought Krystal was our difference maker,” said Meier. “We had to feel out thegame and she had a tremendous first half, taking and making the shots Boston Collegewas giving us.”

Saunders started the second half off with a three-pointerfor Miami. Yderstrom wasn’t far behind, hitting two threes in two minutes togive the Canes a 58-39 lead.

The rest of the half belonged entirely to the Hurricanes, asMiami went on a 17-3 run in seven minutes to pull away from the Eagles. TheEagles hit six late free throws but were unable to overcome the Canes’dominating lead. Miami forced 25 turnovers shot 47 percent from the field.

“Afterthis week we had a lot of production,” said Saunders. “Having this bye weekallowed us to come together as a team.”

Miami next hitsthe court in Raleigh, N.C. for a rematch against NC State on Feb. 21. Tip-offis at 7 p.m.