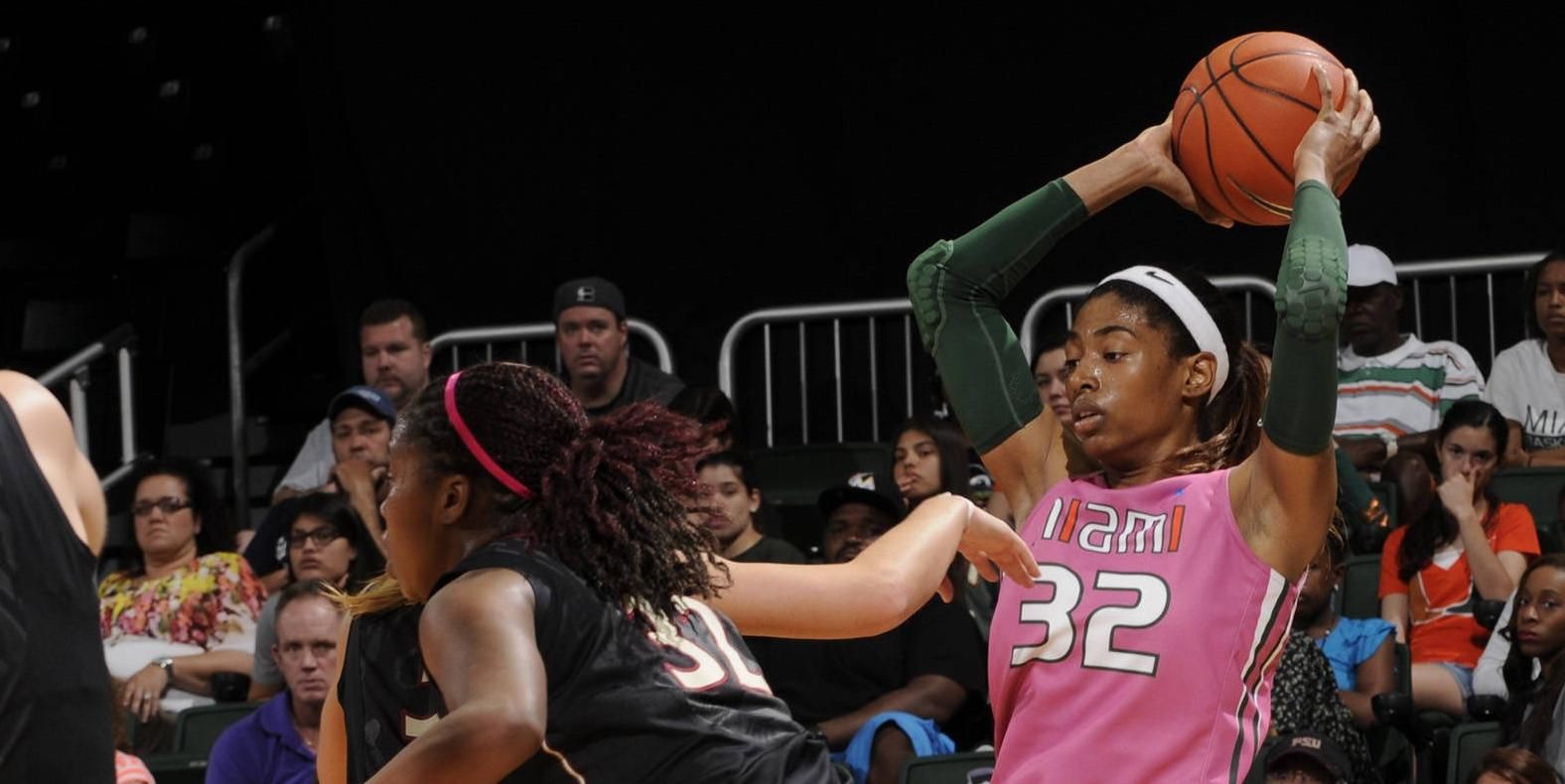 GREENSBORO, N.C.  – Miami’sMorgan Stroman and Keyona Hayes have been named the Atlantic Coast ConferenceWomen’s Basketball Player and Rookie of the Week, respectively, as announced Mondayby the conference office and voted on by the Blue Ribbon Panel.

AgainstClemson on Feb. 7, Stroman returned to her home state of South Carolina andplayed in front of family and friends. The senior forward had one of the bestgames of her career, as she scored 24 points and grabbed a career high-tying 16rebounds. She also led her team with four assists.

AgainstFSU game, she came just one field goal shy of recording back-to-back double-doublesfor the first time in her career.

Stroman,a 2011 All-ACC selection, missed the second half of last season with a tornAchilles’ tendon, however she rehabbed her way back and has started every gamethis season. She has recorded 24 career double-doubles and this is her firstACC recognition for a weekly award since she was named ACC Rookie of the Weekin January of 2010.

Hayesleads all UM freshmen with 5.9 points and 5.5 rebounds per game. She is thefirst UM freshman honored by the conference since Stroman in 2010, and marksonly the sixth time in program history that a Hurricane has been named an ACCRookie of the Week.

The Hurricanes, entering a crucial five-game stretch to endthe regular season, have been a No. 3 seed in the NCAA tournament each of thelast two seasons. After an unofficial bye week, will welcome Boston College tothe BankUnited Center on Feb. 17.