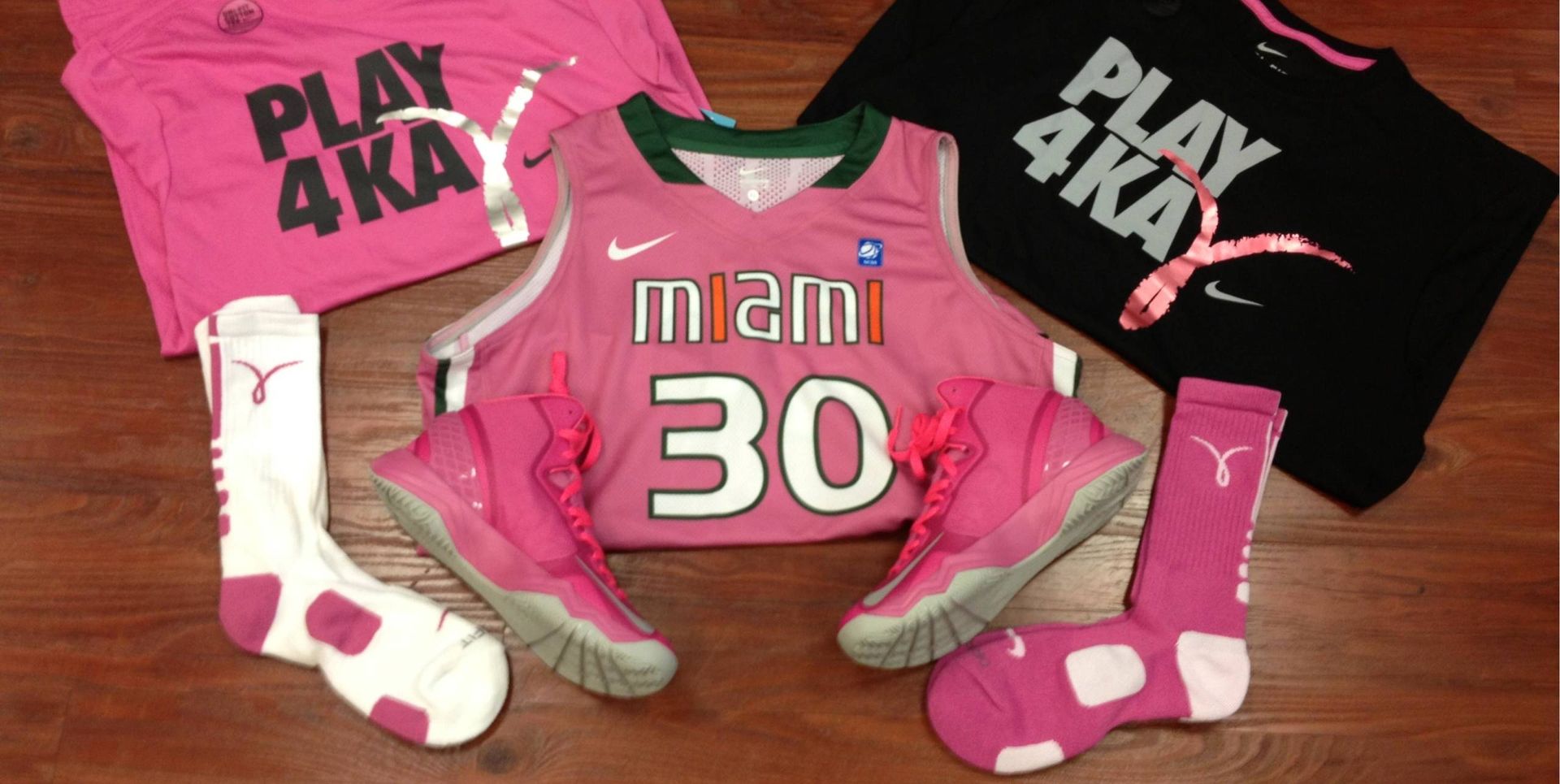 Forthe first time, the Hurricanes will don pink uniforms for the televisedmatchup, in an effort to raise breast cancer awareness.

Fansthat attend the game are encouraged to wear pink as well. Those in attenadnce willalso have an opportunity to purchase Play 4Kay t-shirts at the gate before thegame for just $10. All proceeds will go to the Sylvester Comprehensive CancerCenter.

Beforeher passing on January 24, 2009, Coach Yow, along with her teammates the WBCAand The V Foundation, achieved the feat of uniting thousands in the fightagainst women’s cancers. The movement continues to grow and change lives eachand every year during the month of February. The Play 4Kay initiative, formerlyknown as the WBCA Pink Zone, showcases women’s college basketball throughoutthe nation, with proceeds going to the Kay Yow Cancer Fund. Coach Yow sharedher goal of raising $5M through the Play 4Kay initiative, and to date, $8million has been raised.

Eachof the ACC’s 12 schools are dedicating one of their home women’s basketballgames toward the initiative in 2013.

TheHurricanes welcome 19th-ranked and rival Florida State to theBankUnited Center on Sunday at 2 p.m. The game, a rematch from a Jan. 13 FSUvictory will be televised on CSS.