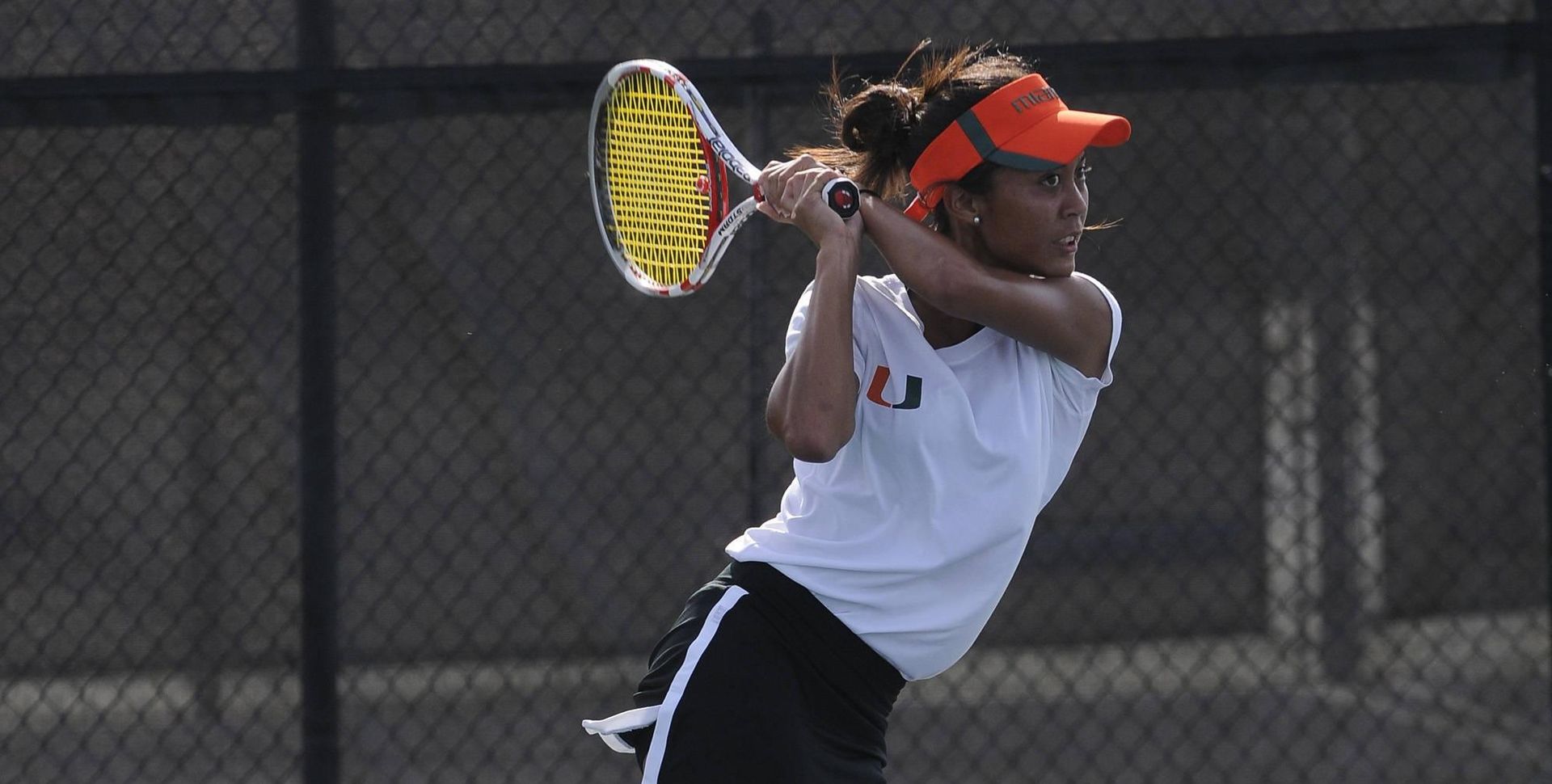 CORALGABLES, Fla.  –  Thechilly  first day of the Miami SpringInvite is in the books at the Neil Schiff Tennis Center and the ninth-ranked Hurricaneshold a narrow lead over their highly ranked guests.

The Canes took four of their seven singlesmatches against No. 26 Vanderbilt and two of three doubles sets against No. 11Texas.

Miami’s top-ranked student-athletes, No. 51Kelsey Laurente and No. 57 Lina Lileikite, only needed straight sets to defeattheir Commodore foes. Out of the No. 2 position, Lileikite easily handled 102nd-rankedCourtney Colton, 6-0, 6-2. Laurente won her match against No. 115 FrancesAltkick, 6-4, 7-6.

Freshman Clementina Riobueno battled to atie-break win in the first set over Georgina Sellyn then closed out heropponent in impressive fashion with a 6-0 win in the second.

At the seventh position, junior BrittanyDubins dropped only one point in a 6-0, 6-1 win over Maggie Leavell.

The day started with doubles action andLileikite and her partner Stephanie Wagner opened the day with an 8-5 victoryover Texas’ Aeriel Ellis and Lina Padegimaite. The second doubles win belongedto the duo of Dubins and Laurente, 8-6 over Elizabeth Begley and Juliana Gajic.

The second day of the invite will follow thesame format and will begin at 9 a.m.

MIAMISPRING INVITE FORMAT OF PLAY
There will be no team scoring atthis weekend’s event, as everyone is competing as an individual.

Each team will play three rounds of doublesand three rounds of singles. There will be eight flights in singles and fourflights in doubles. Each day will consist of eight doubles matches and 16singles matches. The third set will be played to completion in singles. Pointswill be allotted for each win based on the following decreasing point value todetermine the champion (singles and doubles) at the end of the weekend.