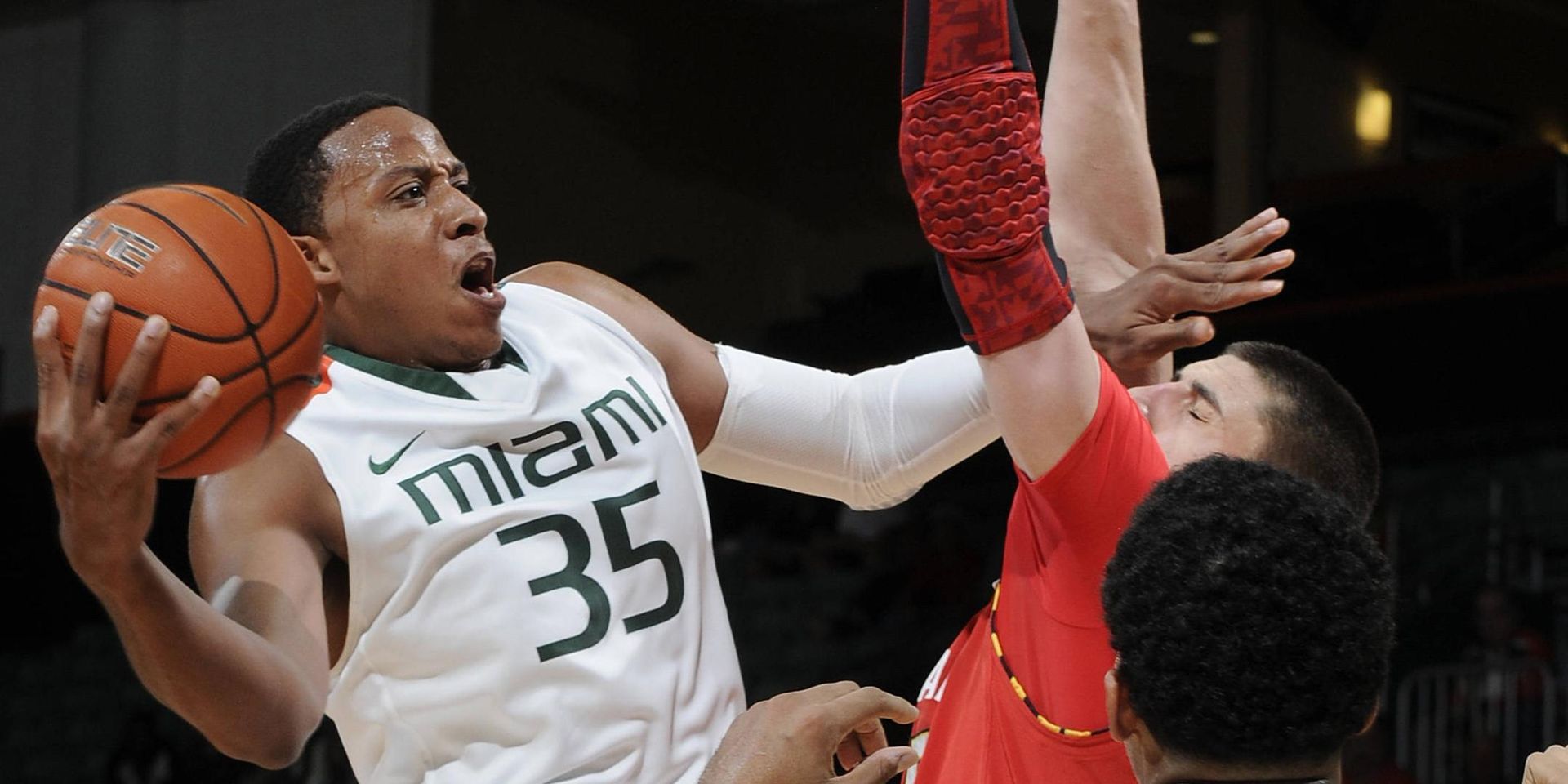 Trey McKinney Jones finished with 12 points to help the Hurricanes (12-3, 3-0) open Atlantic Coast Conference play with three consecutive wins for the first time since they joined the conference in 2004-05.

McKinney Jones’ two free throws with 38.4 seconds remaining increased Miami’s lead to 50-44. Durand Scott secured the win with an uncontested fast-break layup that made it 52-44 with 24 seconds left.

Alex Len scored eight straight points for the Terrapins late in the second half. His dunk with 39 seconds left got Maryland within 48-44.

The Hurricanes didn’t fare much better. Miami was 34.9 percent from the field on 22-of-63 shooting and missed its last eight shots of the first half to finish it at 27.6 percent (8 of 29).

The teams’ first half shooting struggles continued early in the second half. Miami led 30-27 after a three-point play by Wells with 10:09 remaining.

Julian Gamble’s consecutive dunks and a three-point play from Kadji helped Miami run off seven unanswered points midway through the second half. Gamble’s second dunk off a missed shot gave the Hurricanes a 39-29 lead with 5:23 remaining.

Maryland got to within 39-34 with 4 minutes remaining on Wells’ layup and Logan Aronhalt’s 3-pointer.

Kadji hit consecutive 3-pointers early in the game as the Hurricanes opened a 12-5 lead in the first 8:21. Miami maintained the advantage, forcing seven Terrapins turnovers in the first 10 minutes.

Maryland didn’t reach double figures in points until Nick Faust’s layup with 6:23 remaining in the first half reduced Miami’s lead to 16-11.

Miami failed to take advantage of the Terrapins’ shooting woes. The Hurricanes were held scoreless the rest of the half after McKinney Jones’ 3-pointer with 4:36 remaining gave Miami a 19-11 lead.

Len’s basket with 3.8 seconds remaining ended a field goal drought of 6:20 for Maryland.

For the first time in school history, the Canes are 3-0 to open ACCplay. The 1997-98 season was the last time the Canes started 3-0 in conference play, when Miami was in the Big East Conference.

The Canes scored their third fewest points in a game this season with 54 points. The previous low was 50 points against Indiana St. and 51 against FGCU. Miami’s 19 first-half points are the third-fewest since the 2006-07 season, the lowest being 17 at Boston College in 2011 and 18 vs. Nova Southeastern in 2009.

Trey McKinney Jones recorded a career high in assists with seven. His previous high was four against FAU on Dec. 17, 2011.

Kenny Kadji has had double digit scoring in 12 of the 15 games this season.

Julian Gamble tied career-high with four blocks. His previous best was against Indiana State on Dec. 25, 2012.

Tonye Jekiri recorded a career-high with four rebounds, his best since two against Arizona on Dec. 23, 2012.