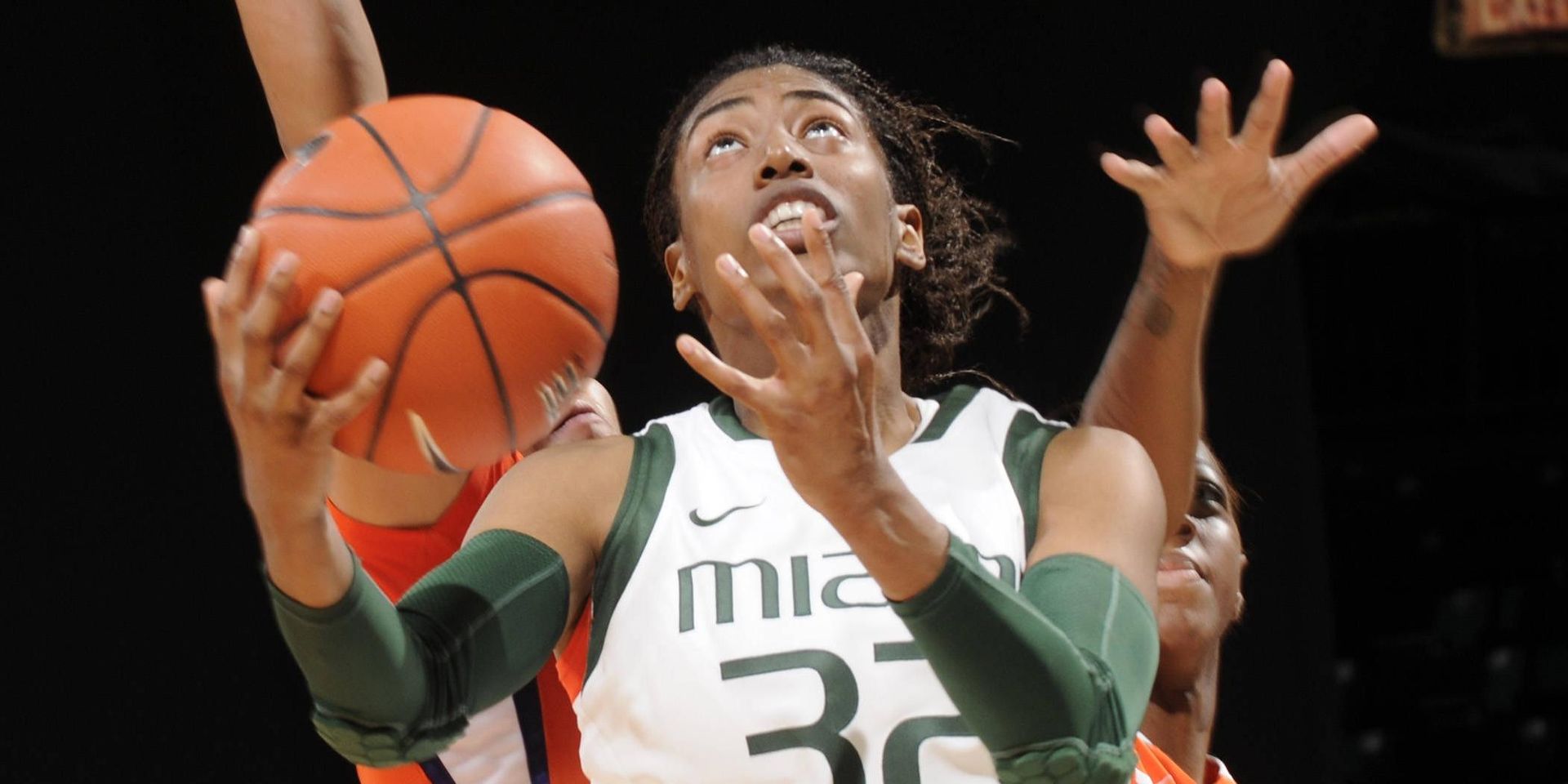 Hurricanes to End Homestand vs. Virginia

THE GAME
Riding a four-game winning streak,the Miami Hurricanes continue their Atlantic Coast Conference schedule Sundaywhen they take on the visiting Virginia Cavaliers. Tipoff for the game is setfor 1 p.m. from the BankUnited Center.

The Hurricanescontinued their impressive start to the conference slate with a dominant22-point win over Clemson last time out. In a memorable night at the BUC, StefYderstrom became just the 23rd player in program history to record her 1,000thpoint, as Miami improved to 11-2 overall and 2-0 in the ACC.

CANES TOUGH TO BEAT IN ACC PLAY
Since the 2010-11 season, Miami is28-4 in Atlantic Coast Conference play, second only to Duke (29-3). In thatspan, the Canes are flawless inside the BankUnited Center, winning 17 straightACC games.

The Hurricanes havenot been defeated at home inside conference play since a four-point loss toGeorgia Tech on Feb. 21, 2010, a span of 1,049 days.

GREAT GAME, GREAT SEASON
Morgan Stroman may have had her thebest game of her career on Dec. 8 against Davidson. The senior recorded the19th double-double of her career with 17 points and 13 rebounds. However, shefilled the stat sheet, leading the Canes with a career-high six assists, fourblocks and four steals.

On the season,Stroman is tied for the team lead with three double-doubles , 8.2 rebounds, 2.6steals and 1.6 steals and is second on the team with 12.3 points per game.

UM THANKSGIVING TOURNAMENT HONORS
Seniors StefanieYderstrom and Morgan Stroman were recognized for their outstanding play in leadingthe Hurricanes to a UM Thanksgiving Tournament title with wins over FAU andRadford.

STARTING A NEW STREAK
Prior to its Nov. 18 loss vs. No.20 Tennessee, the Hurricanes held the nation’s second-longest home win streakat 41 games. Miami had gone 1,001 days without dropping a game inside theBankUnited Center. Since the  loss, Miamihas won nine straight home games.