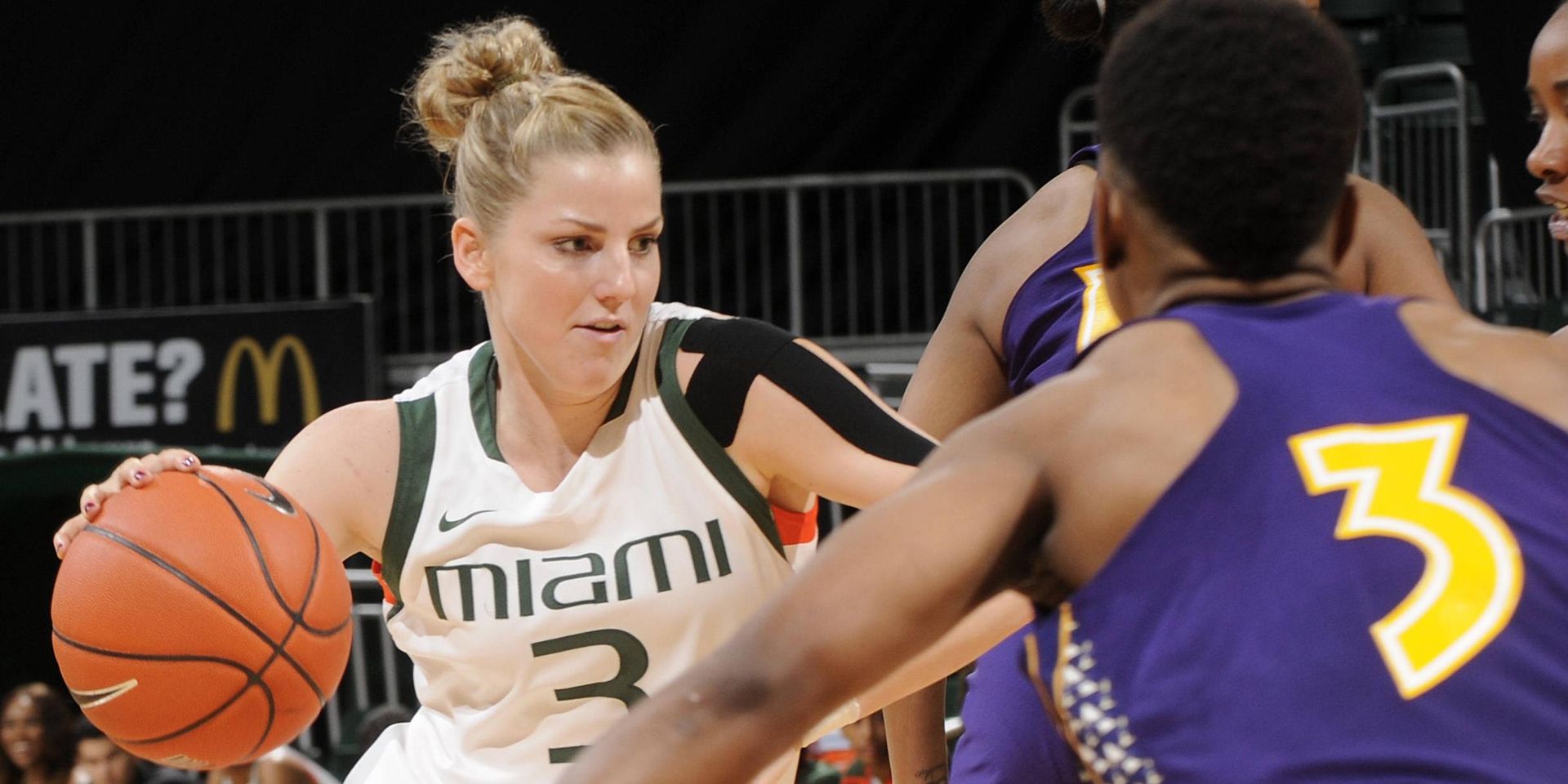 CORAL GABLES, Fla. — The University of Miami women’s basketball team provedto be too much for a Big Ten team for the second time this season, dominatingWisconsin 67-44 for the UM Holiday Tournament championship.

For the second straight night, Stefanie Yderstromwould lead all scorers with 18 points, hitting a season-best five threepointers. For her performance, the senior All-ACC guard was named thetournament’s most valuable performer.

Joining Yderstrom on the all-tournament team wasfreshman Keyona Hayes and fellow senior Shawnice Wilson. Wilson was the only playerto record double-digit rebounds on Friday night, pulling down 12. It was thefifth time this season the Pittsburg native had 11 or more boards.

A night after recording her team-leading thirddouble-double of the season, Hayes scored six points and snagged nine caroms.

The balanced scoring and depth for Miami has been oneof the greatest strengths so far this season. However, the Canes feature thenation’s eighth best defense in field goal percentage and the Badgers fared nobetter than most against UM. Wisconsin shot a season-worst 24 percent from thefloor and were badly out-rebounded, 59-31.

Miami used an 11-0 run over a span of 5:51 to open upa 27-14 lead in the latter stages of the opening half and headed into thelocker room with a 34-16 lead. Morgan Stroman, limited in the Canes’ win in thetourney opener with foul trouble, returned to form early on, scoring 12 of her15 points in the first period.

The Badgers were led by all-tournament team memberJacki Gulczynski’s 16 points.

Earlier in the year, the Canes upset then sixth-rankedPenn State in the ACC/Big Ten Challenge.

The Hurricanes will celebrate the New Year then returnto court on Jan. 3, returning to conference play, when they welcome Clemson tothe BankUnited Center. Game time is scheduled for 7:05 p.m.