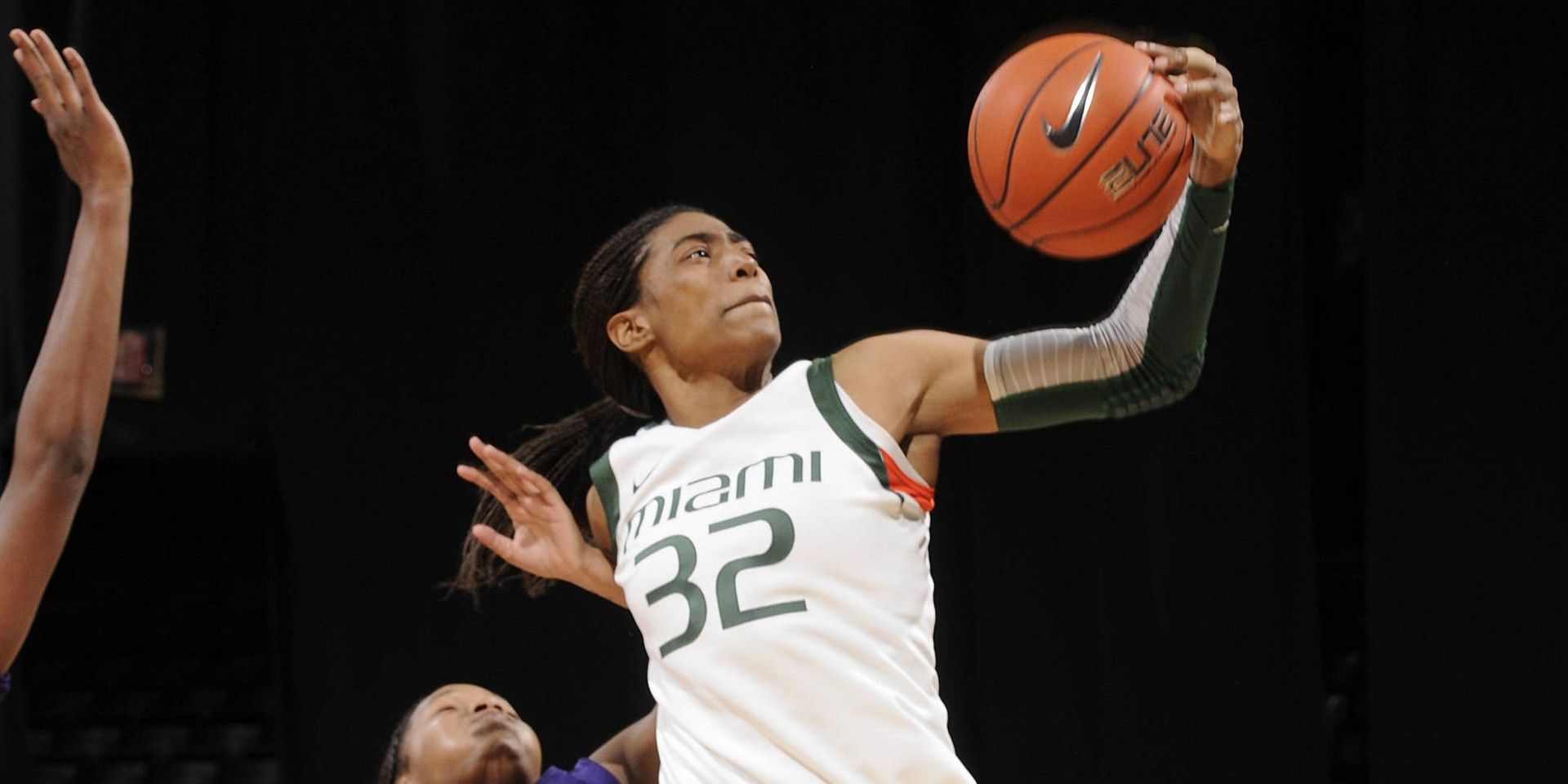 CORAL GABLES, Fla. — Senior Morgan Stroman wasdominant with a double-double as Miami cruised to a 67-35 win over the visitingDavidson Wildcats, Saturday afternoon at the BankUnited Center.

No. 23 Miami (7-1) used a10-0 run to open each half, 42 points in the paint and scored 21 points onsecond chance opportunities to put away the Wildcats.

“This team is one of thebetter half-court teams that I have coached,” head coach Katie Meier said. However,”… transition points are usually what breaks someone’s spirit.”

The Hurricanes didn’t allowDavidson (3-5) to score until the 14:35 mark of the first half, and onlyallowed the Wildcats to 18 total first half points. Davidson’s 35 point totalwas their lowest scoring output through eight games this season.

Stroman, who finished with17 points and 13 rebounds, achieved her double-double just a little over threeminutes into the second half.

“It’s all her energy and allher will,” Meier said. “She is just one of the most fun players I have evercoached.”

Stroman is now tied forsecond in the ACC amongst active players for career double-doubles (19). It wasalso her second of the year.

“As we evolve as a team,there are certain things on a coaches checklist to make sure that you knowabout your team and one of them is can they take care of business,” addedMeier.

Junior Krystal Saundersplayed a pivotal role in the win as she matched a season-high 13 points to goalong with a season-best six rebounds.

“I’m very confident, I’malways in the gym, my teammates are always pushing me to shoot and whatever ittakes to make Miami better is what I am going to do,” Saunders said.

“Krys getting hot was fun,it was really fun,” said Meier.

The Hurricanes will hit thecourt next on Dec. 16 when they travel to New Jersey to face Rutgers.