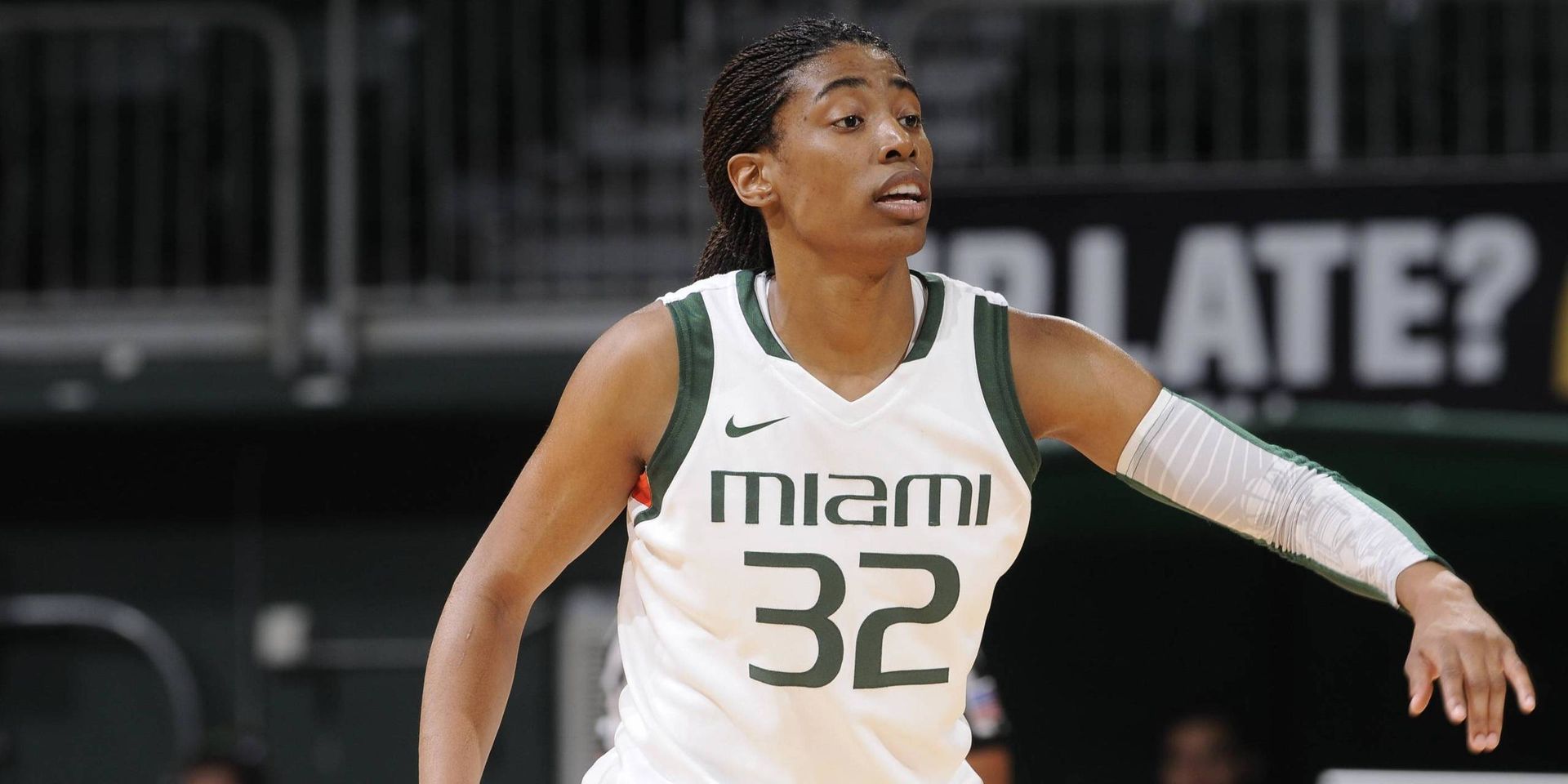 CORAL GABLES, Fla. — In her first game sincesurpassing the 1,000-point plateau, Morgan Stroman led the Hurricanes to a 75-58win over Radford to claim the UM Thanksgiving Tournament title, Saturday nightat the BankUnited Center.

Stroman led all scorerswith 22 points – one shy of her career high – and also grabbed 11 rebounds forher first double-double of the season. For her efforts, the Hopkins, S.C.,native was named the tournament most valuable performer.

The Highlanders (3-2) tiedit up at 46 on a Jordynn Gaymon jumper with 12:17 left in the game, but theCanes (4-1) would score the next nine points, including three Stroman layups topull away for good. Radford would get no closer than six points the rest of thecontest.

For the secondconsecutive game, senior guard Stefanie Yderstrom scored in double figures,netting 15 points and earning a spot on the all-tournament team. The Swede ledall players with six assists on the night, just one short of her personal best.

Miami outpaced thevisitors 36-18 in points in the paint and a night after committing 28turnovers, the Hurricanes only coughed the ball up 13 times, resulting in onlyfive Radford points.

Though she didn’t start,UM’s Shawnice Wilson stepped up in second half, grabbing six of her seven reboundsand causing havoc in the middle for the Highlanders.

The Canes opened thefirst half hitting four of its first seven shot, including three-pointers fromYderstrom, Michelle Woods and Saunders. However, the Radford defense limitedthe Canes to just seven-of-28 shooting the rest of the half and Miami led byonly three at the break, 31-28.

Stroman led the Caneswith 10 points and four rebounds at the hald. Yderstrom scored seven earlypoints, but played only seven first-half minutes before picking up her secondpersonal foul.

Miami will next face theNo. 6 Penn State Nittany Lions at the BankUnited Center on Thursday as part ofthe ACC/Big Ten Challenge. Tip-off is scheduled for 7:05 p.m.