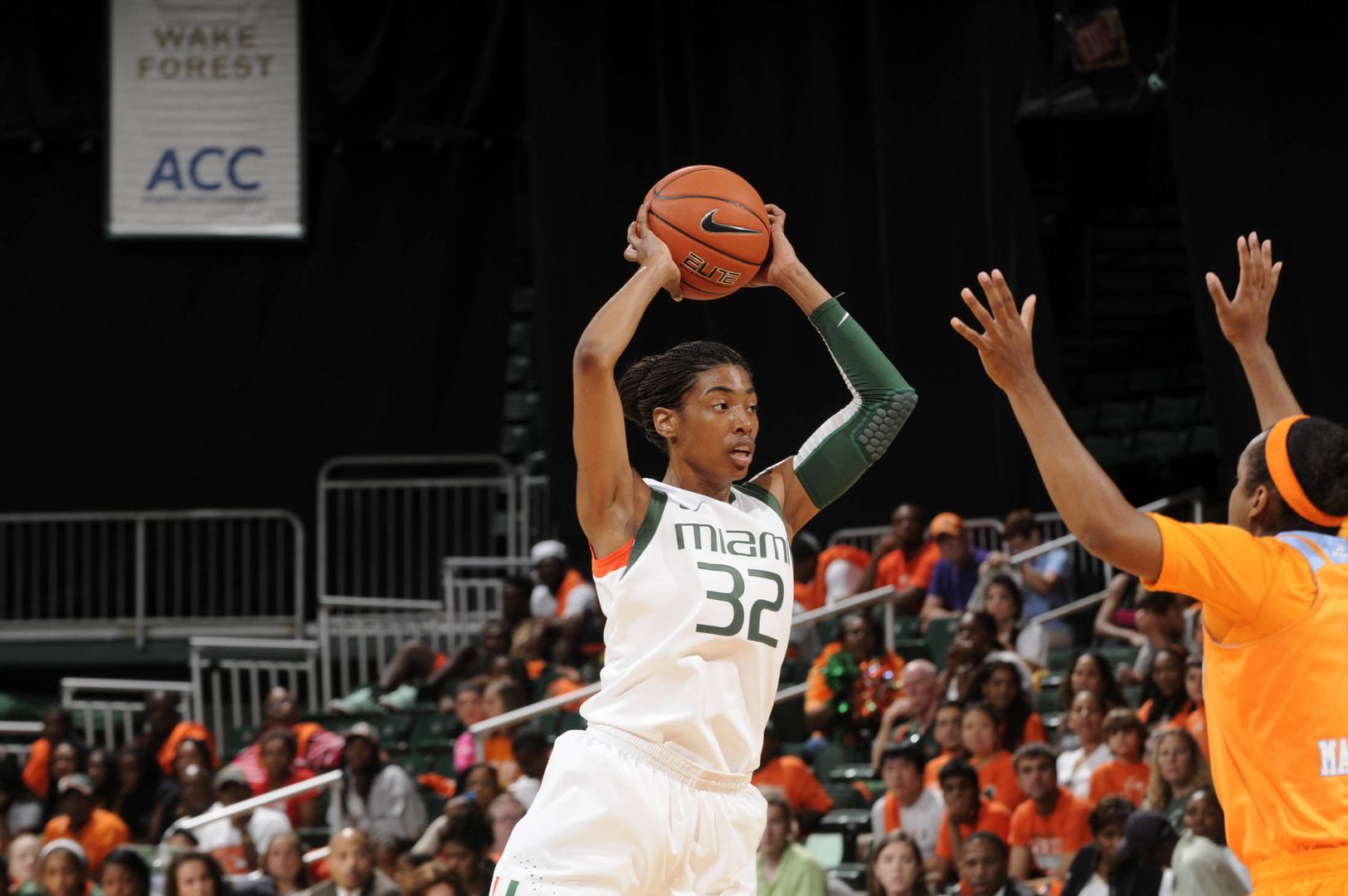 CORAL GABLES, Fla. — The Hurricanes returnedto their winning ways at home, defeating neighboring Florida Atlantic, 76-61,at the BankUnited Center on Friday in the first game of the UM ThanksgivingTournament.

Early in the secondhalf, doing what she has been known to do best, Stroman bullied her way to anoffensive rebound and put it back in for the milestone.

For the second time thisyoung season, freshman Keyona Hayes was able to record a double-double, theonly Cane to accomplish the feat this season. The Marietta, Ga. Scored 14 pointsand grabbed 11 rebounds in her 17 minutes of play.

The Hurricanes led by asmuch as 11 in the opening frame, but a pesky FAU defense forced the Canes into 15turnovers and closed the gap to one late in the first half. However, Miamiclosed the period with a 10-3 run and led 40-32.

Miami’s momentum carriedinto the start of the second half as the Hurricane defense only allowed sevenpoints in the first 10 minutes, helping the UM lead swell to as much as 22points.

Maria Brown came off thebench and scored all of her 10 points in the first half on a perfect night..She went 4-of-4 from the floor and made both of her free throw attempts. It wasthe first double-digit scoring effort of the junior’s career.

The Canes never trailedin the contest and won for the 42nd time in their last 43 homegames. Miami’s record 41-game home win streak was snapped in its previous gameagainst the Tennessee Lady Vols on Nov. 18.

Takia Brooks led theOwls with 18 points and eight rebounds on the night, while Latavia Dempseyadded 12.

The Hurricanes will facethe winner of the Radford/Southern Illinois matchup in the tournament’schampionship game, Saturday at 7 p.m. The tourney’s consolation game willcommence at 5 p.m.