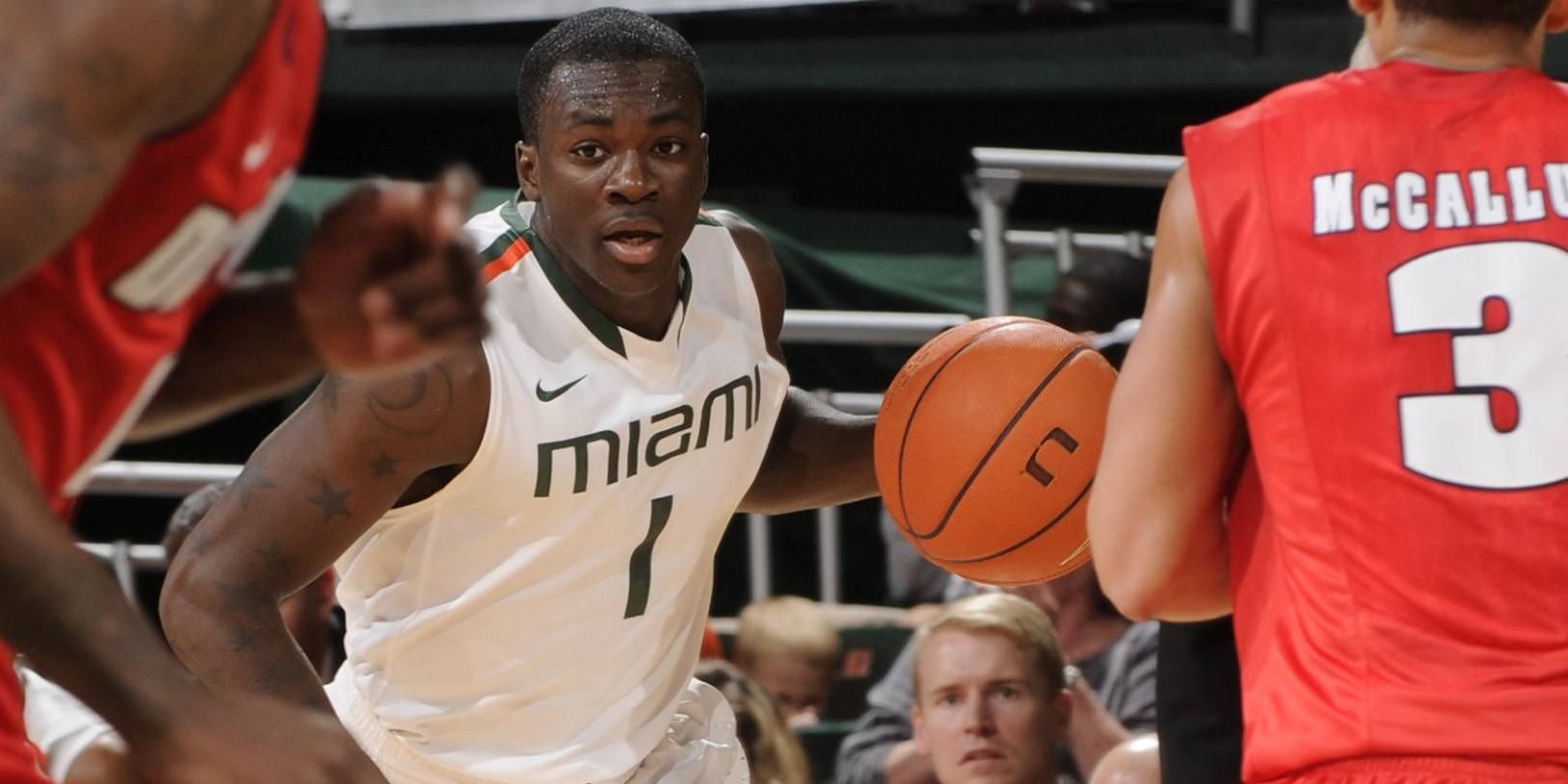 CORAL GABLES, Fla. (AP) – Durand Scott and Shane Larkin scored 15 points each to lead Miami to a 77-62 win over Detroit on Saturday.

For Scott, a senior guard, it was a successful return from a six-game suspension which began with the Hurricanes’ final three games of last season. The NCAA declared Scott ineligible for receiving impermissible benefits during the tenure of former Miami coach Frank Haith.

The Hurricanes outscored Detroit 6-0 in the first 4:13 of the second half for their first double-digit lead. Scott’s driving jumper with 15:57 remaining ended the spurt and gave Miami a 51-41 advantage.

Miami responded with a 14-5 spurt following Minnerath’s 3-pointer. Larkin’s driving layup with 9:00 remaining capped the run and increased the Hurricanes’ lead to 58-42.

The Titans got to within 68-60 after Ray McCallum’s basket with 2:30 remaining. After a Miami turnover, Detroit had a chance to cut further into the lead but McCallum was called for an offensive foul while driving to the basket with 2:20 left.

Doug Anderson’s dunk with 1:27 remaining again got the Titans to within an eight-point gap at 70-62.

McKinney Jones hit a 3-pointer then converted a slam dunk in a 15-second span and Rion Brown knocked down two free throws to help the Hurricanes clinch the victory.

Minnerath hit consecutive 3-pointers to give the Titans their largest lead of the first half at 25-21 with 6:22 remaining.

The Hurricanes rallied with nine unanswered points and took the lead for good in a 2:34 stretch late in the half. Larkin’s 3-pointer with 1:34 remaining ended the surge for a 35-28 Miami lead.

Miami is now 2-0 against Detroit in the all-time series and 110-47 all-time in the BankUnited Center.

The Canes outrebounded Detroit 41-27 and outscored the Titans 42-16 in the paint and 15-4 on fast break buckets. Miami’s bench outscored Detroit’s 13-0.

Shane Larkin scored in double digits, 15, for the fourth time this season and the seventh time in eight games, dating back to last year’s matchup with Georgia Tech in the ACC Tournament.

With 14 points and 11 rebounds, Kenny Kadji recorded his second double-double of the season and sixth of his UM career. He totaled 12 and 12 in the season opener against Stetson.

Durand Scott filled up the stat sheet with 15 points, five rebounds, three assists and two steals in 38 minutes in his return to the court after a six-game withholding penalty.

Reggie Johnson blocked three shots to go along with his nine rebounds and seven points.