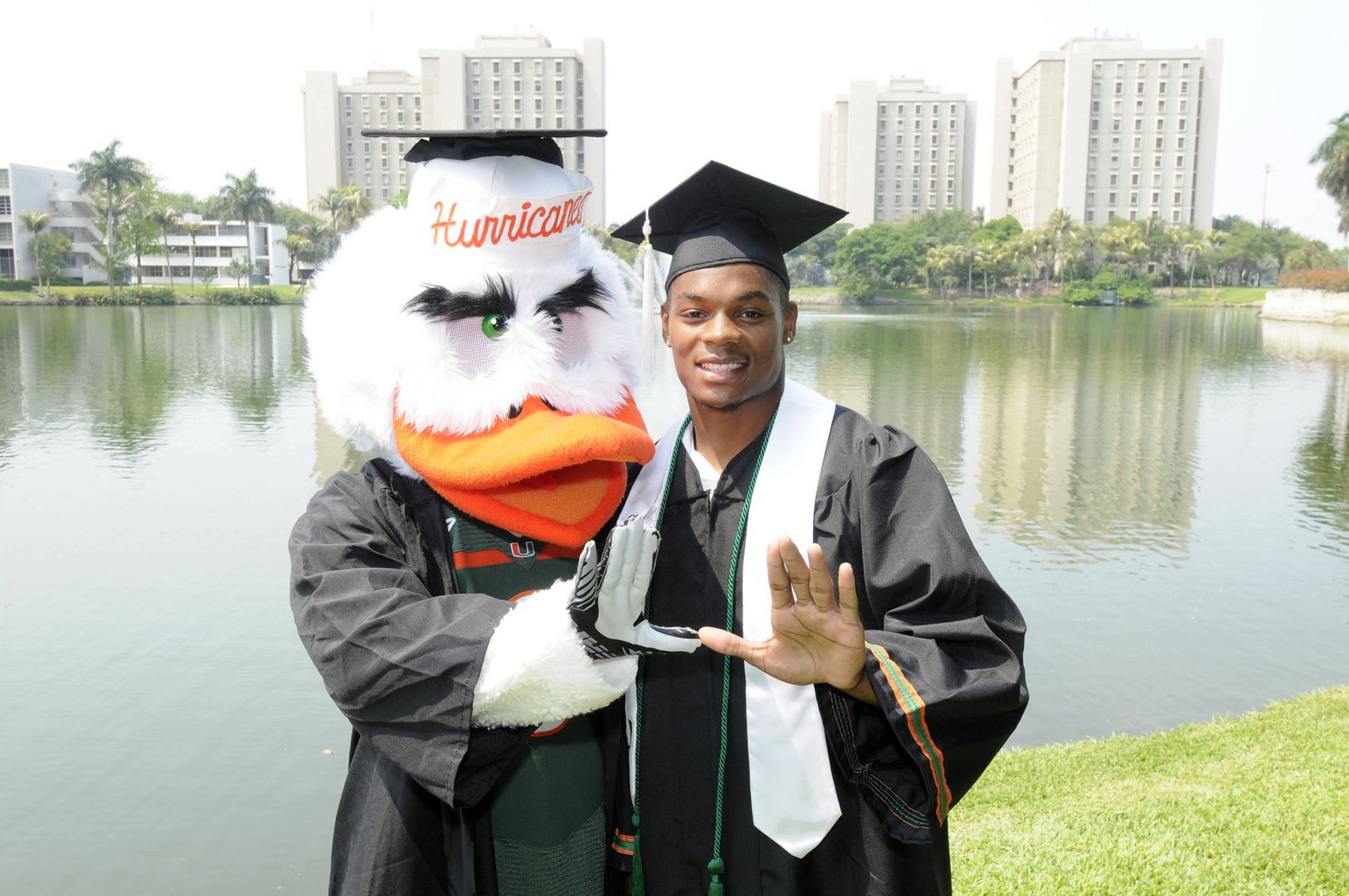 CORAL GABLES, Fla. – The University of Miami recorded a department-wide school-record Graduation Success Rate (GSR) of 93 percent, according to the rates released Thursday by the NCAA.

As a department, Miami’s 93 percent GSR ranks fourth among ACC schools and is eighth overall among FBS schools. Overall, the University of Miami athletic department has improved from 77 to 93 percent from 2005 to 2012, a year after UM student-athletes posted a then-record 89 percent GSR in 2011. UM has exceeded the NCAA average GSR in each of the last eight years.

“Congratulations to our Hurricane Family,” Associate AD for Academic Services David Wyman said. “I am so proud of the performance and development of our student-athletes as they have become national leaders in collegiate academic success with these remarkable results.

“Their excellence is due to the tremendous support they receive from our President, Provost, the administration, our outstanding faculty, academic services and coaching staff,” Wyman said.

Volleyball posted a perfect score for the second consecutive year, while both rowing and women’s swimming set program-record highs for GSR.

“To set a school-best GSR in each of the last two years is a major accomplishment for our program,” Interim Director of Athletics Blake James said.

“It shows the dedication of our student-athletes academically and the commitment to academic excellence from our coaches and our academic support staff,” James said. “To be among the nation’s best in GSR is a crowning achievement and we look forward to maintaining our position as one of the truly special academic and athletic intercollegiate programs.”

The NCAA Graduation Success Rate (GSR) was developed in response to college and university presidents who wanted graduation data that more accurately reflect the mobility among college students today. Both rates improve on the federally mandated graduation rate by including students who were omitted from the federal calculation.

The GSR measures graduation rates at Division I institutions and includes students transferring into the institutions. The GSR also allows institutions to subtract student-athletes who leave their institutions prior to graduation as long as they would have been academically eligible to compete had they remained.

The most recent Division I Graduation Success Rates are based on the four entering classes from 2002-2003 through 2005-06. More than 110,000 student-athletes are included in the most recent four classes using the GSR methodology, as compared to about 79,500 in the federal rate. The NCAA began compiling these figures with the entering freshmen class of 1995.