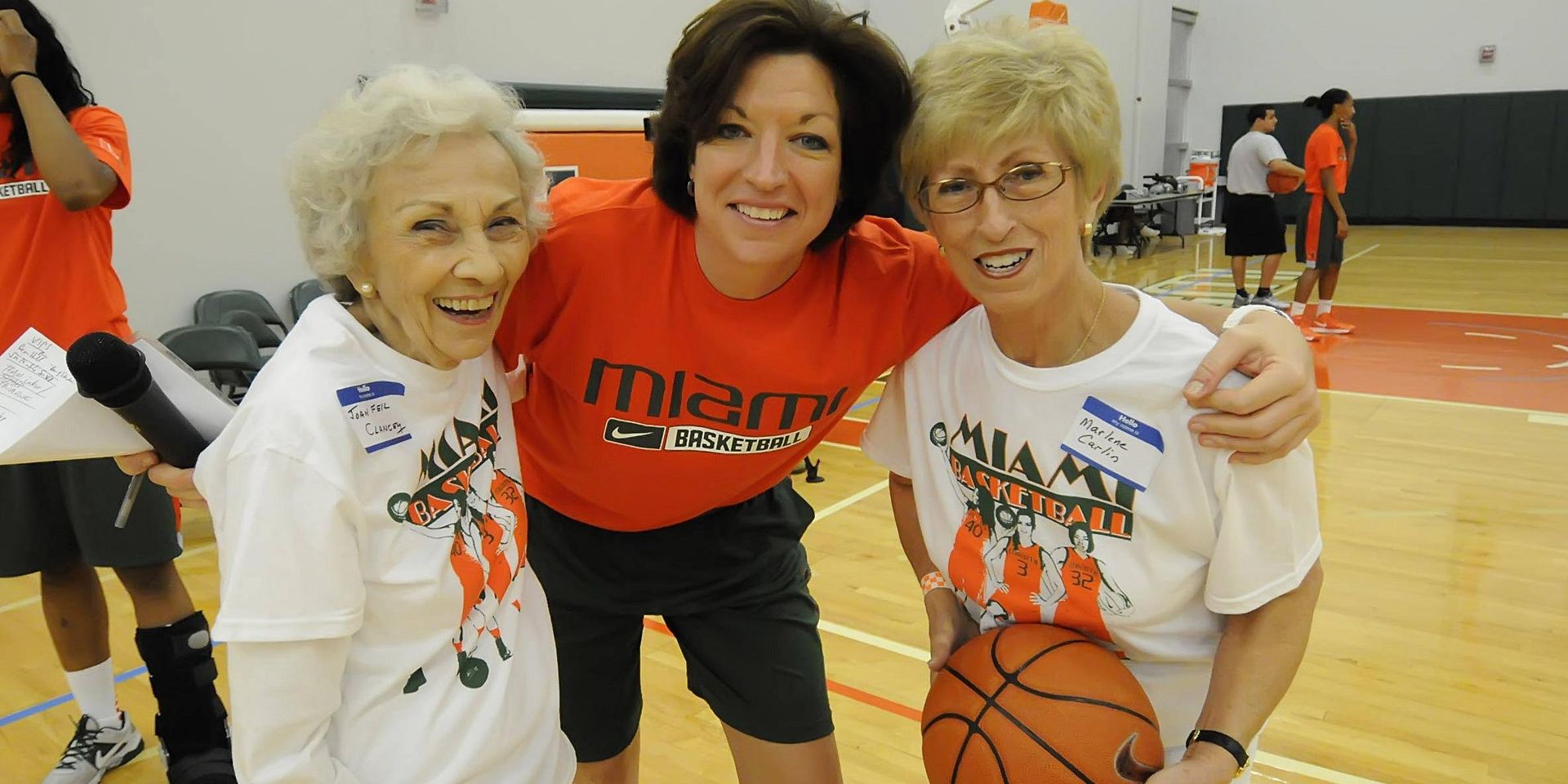 The event, which was free to the public, was led by theteam and coaching staff that took campers through basketball fundamentals,drills, team building techniques and more.

Campers capped off their night with games, as well as photoopportunities alongside Hurricanes head coach Katie Meier and Sebastian.Attendees also had the opportunity to purchase season tickets in anticipationfor the upcoming season.

You can catch the Hurricanes on the hardwood beginning onNov. 5, in an exhibition against Nova Southeastern. Miami will open uptheir regular season schedule on Nov. 9, when they take on visiting North Florida.

Season tickets are available for purchase outside the BankUnitedCenter at the box office. You can also purchase season tickets by calling (305)284-2263.