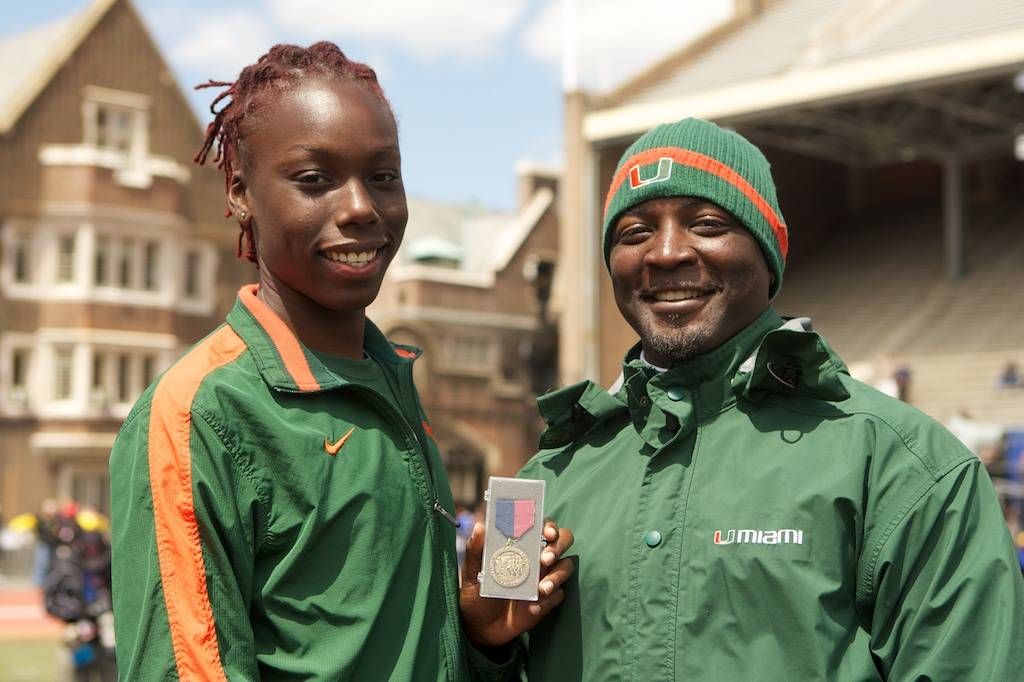 CORAL GABLES, Fla. – Calvin Robinson, associate track and field head coach atthe University of Miami, will serve as a personal coach at the upcoming OlympicGames in London. In his second Games, he will work with French high jumperMickeal Hanany, who is the reigning French National High Jump Champion andbronze medalist at the 2012 European Athletics Championships.

“It is always exciting to go the Olympics,” Robinsonsaid. “It is the biggest event in our sport and I am fortunate enough to beable to head over there to coach. I am looking forward to this experience.”

Throughout his coaching career, while at SamHouston State, UTEP and now at Miami, Robinson’s athletes have amassed numerousAll-America honors, including Samantha Williams at the NCAA Championships inJune. The mentor has also guided multiple NCAA Champions and record breakers.

In 2008, for his accomplishments at UTEP,Robinson was recognized as the Mountain Region Indoor Assistant Coach of theYear.

A 2000 graduate of Sam Houston State and a two-timeAll-Southland selection in the long and triple jumps, Robinson completed hismaster’s degree at the school in 2004 in kinesiology. He holds Level I andLevel II (sprints/hurdles) certification from the United States of AmericaTrack and Field Association.

Hanany, who competed at the 2008 Olympic Games inBeijing, has worked with Robinson since 2004. In June 2008, he set a personal bestof 2.32m in the outdoor high jump. Throughout his accomplished collegiatecareer, Hanany was a seven-time NCAA All-American (six at UTEP and one at SMU),was ranked 19th in the world during the 2006 season in the outdoorhigh jump with a personal best of 2.30m, won 15 conference titles at UTEP and earnedthe 2006 USTFCCCA Mountain Region’s Indoor and Outdoor Athlete of the Year.

“A jumps coach is different from a sprint coachin that I have to be able to evaluate and give constant feedback to theathlete,” said Robinson in regards to his role at the Olympics. “It is a fineline between too much information and not enough, but I have to figure out whatworks best. Our goal for Mickeal is to make the finals.”

Robinson hopes to be able to add a second medalistto his resume. His first came when Nigerian long jumper Blessing Okagbare, anotherformer student-athlete of his at UTEP, brought home a bronze medal at the 2008Summer Olympics in Beijing.

The Opening Ceremonies of the 2012 Olympic Gamesare scheduled for July 27, with high jump competition beginning on Aug. 5. Betweencoaches and athletes, there will be 11 people representing the Hurricanes.