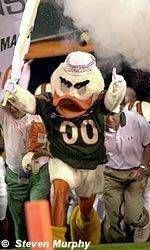 Yandle to Join Staff as Director of Communications

CORAL GABLES, Fla. — The University of Miami announced the official hiring of Chris Yandle to the position of Director of Communications.

“Chris Yandle is widely regarded as one of the best young communications professionals in college athletics,” said Chris Freet, associate AD for communications & marketing. “After watching his work from afar, I was even more impressed with his skills, philosophy and vision as we went through the search process. I am confident our fans will enjoy interacting with Chris, that our media will respect and appreciate his approach and that he will help our staff grow and expand their abilities.”

Yandle, who comes to Miami after working for four years at Baylor, will serve as the Hurricanes’ primary football contact and will also oversee day-to-day operations in the athletics communications office.

“My family and I are extremely excited to join the University of Miami family,” said Yandle. “I strongly believe in Shawn Eichorst’s vision for Miami athletics and I am proud to be part of one of the nation’s most iconic athletics brands, The U.”

Yandle was the primary basketball contact during his entire time at Baylor, while also assisting with several other sports including football. The Houma, La., native was one of the leaders behind the successful Heisman Trophy campaign of quarterback Robert Griffin III in 2011-12, and was one of the key contributors to Baylor’s increased presence across social media platforms. This summer Yandle has been integral in the ‘Year of the Bear’ campaign that highlights the 2011-12 accomplishments of Baylor, which included an NCAA record win total of 129 between the football, men’s basketball, women’s basketball and baseball programs.

Before being promoted to associate director, Yandle was an assistant director of athletics media relations in the Bears office. In his two-year stint as assistant director, Yandle served as the Bears’ primary basketball contact in addition to oversight of both men’s and women’s golf. He assumed publications coordinator responsibilities in 2009, where he was credited with trimming thousands from the Bears’ budget in cutting game notes and making the successful transition to online media guides.

Yandle began his professional career in the office of his alma mater, Louisiana-Lafayette, where he served as assistant sports information director for three teams: men’s basketball, baseball and volleyball. He was also publications coordinator with the Ragin’ Cajuns, where he acted as the department liaison for poster, pocket schedule and season ticket design with a third-party design firm.

The 2004 University of Louisiana at Lafayette graduate also owns a master’s degree in athletic administration from Marshall University in 2007.

Yandle is married to Ashleigh and they have one son, Jackson, and one daughter, Addison.